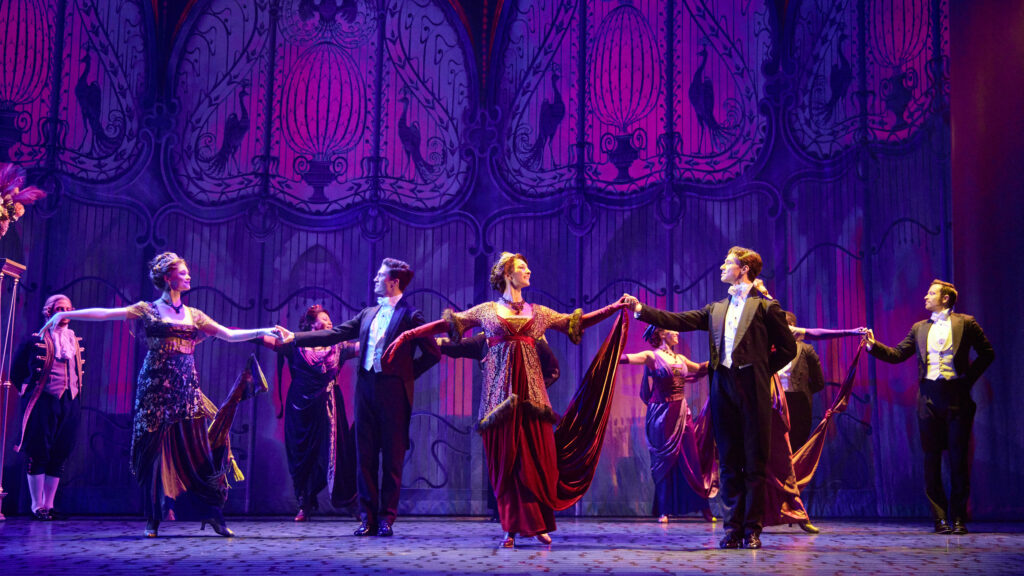 The company of the national tour of ‘My Fair Lady.’ (Courtesy photo by Jeremy Daniel)

REVIEW: This Fair Lady is a lush – in all good ways

Although the show had already played for Broadway Dallas, Bass Performance Hall was a fitting home for the musical and the Lincoln Center production of My Fair Lady. The venue’s classic architecture lent itself to the show’s vintage as well as its elegance. The sets and costumes transported the audience to early 20th century London with solid performances by the cast.

At first, the show was hard to connect to. As Eliza Doolittle, Madeline Powell leaned a little too hard into her cockney accent that she was simply too hard to understand. Sure that’s the whole point of this transformation story, but so much was lost in her character’s introduction as an uneducated, flower girl on the streets. In contrast, Michael Hegarty as her father Alfred P. Doolittle and with the same accent was quite easy to understand. But once Eliza got it from her speech lessons with Professor Henry Higgins (Jonathan Grunert), the show ascended from there.

My Fair Lady was a show with few surprises, but instead a straightforward telling of the musical which almost felt like a fresh throwback. The production and familiar songs were like comfort food for the theater. Many may know the story of the dregs to diamonds transformation of Eliza into a lady, but Lerner and Loewe’s musical is an easy one to watch again.

That said, the show never took many risks if any save for the fun, ribald number “Get Me to the Church on Time” where Hegarty wove through the ensemble of male and female can-can dancers for his bachelor party that seemed to be MFL’s attempt at slight edginess. The number worked with great energy and enough of a derailment to jolt the audience but still easy to pull back into the story.

Grunert was an ideal British snob both with his uppity perfected diction and entitled man-baby demeanor. John Adkison as Colonel Pickering who joins the professor in Eliza’s transformation was pure delight. The actor relished in Pickering’s somewhat ambiguous queerness with several winks and nods. Powell’s performance of course was the anchor of the show. Even in the beginning, she filled the stage with her presence and her voice was crystal clear in signature songs “Wouldn’t it Be Loverly” and “Show Me.”

The second half felt a bit longer than necessary but that’s less about this production and more about the show’s writing and the endless telling of how the sexual tension of Eliza and the professor is resolved.

In all that, the show was simply gorgeous to look at. The sets by Michael Yeargan were luxurious and grand. He allowed focus for the characters, but the sets were worth looking at every detail. Combined with Catherine Zuber’s stunning costume design, the production was never short on eye candy with its form-fitting fashions on every character. Truly, just beautiful stuff all around.

My Fair Lady runs through Sunday at Bass Hall.

Credo Community Choir of Dallas will be  joined by choirs from the University of Texas at Dallas in the one-night-only performance of Magnificat, described as “a large-scale work for massed choir, orchestra” with Dallas-based composer, Taylor Scott Davis. The performance will be held Saturday at Moody Performance Hall .

The choirs will be joined by opera singer Frederica von Stade.

Jonathan Palant, founder and conductor of Credo and Director of Choirs UT Dallas said in a press release, “This concert marks the first time a UT Dallas musical ensemble will perform in the Dallas Arts District, and to do so on stage with a world-renowned performer is truly special. This program is filled with holiday spirit, familiar melodies, and the luscious sound of the season.”

The mezzo-soprano has received nine Grammy nominations throughout her prolific career that has seen her perform throughout the world.

“I love returning to Dallas to sing with Credo. The joy and energy this all-volunteer choir brings to the stage is remarkable,” she said in the release. 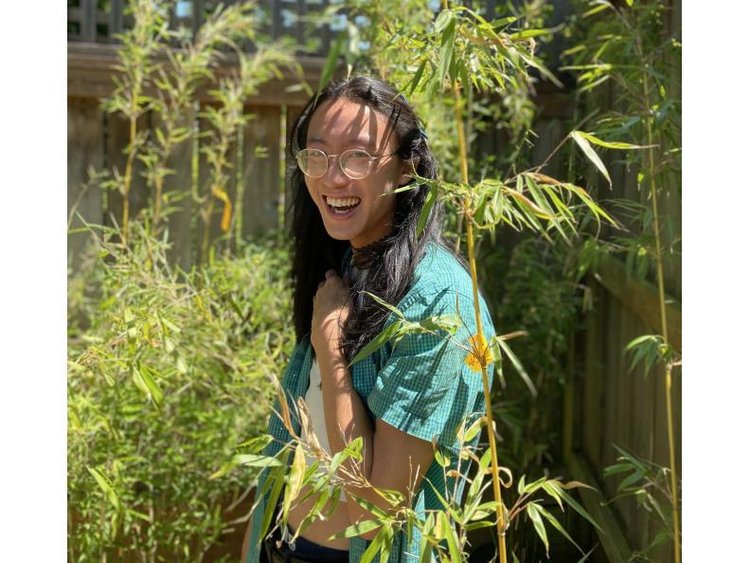 Undermain announced this week its 2022 recipient of $10,000  from its fund for new works is Seattle-based playwright and poet Brian Dang. The prize will go toward Dang’s play This time for the Undermain stage. The funds will also support Dang’s ongoing work.

Brian Dang (they/them) is a Vietnamese/Chinese playwright, poet, and teaching artist based in Seattle. They are a proud resident playwright at Parley. For Brian, writing is an act of envisioning an eventual communing, an opportunity to freeze time as we know it, and a reaching for joy.

Their plays include This time (NPC Finalist 2022, Many Voices Fellowship Semi-Finalist 2022) and a white haunting (MAP Theatre, Princess Grace Fellowship Final Round). Their writing has been supported by 4Culture, Seattle Office of Arts and Culture, and workshopped with Seattle Opera, Pork Filled Productions, Mirror Stage, Sound Theatre, and Theatre Battery. They teach poetry/theater with Writers in the Schools, Arts Corps, and more.

Vote on all your local theater favorites at BroadwayWorld’s regional awards. Nominations for area productions, touring shows, performers and more were submitted by readers and now several local companies, actors and creatives are up for a 2022 BroadwayWorld Dallas Award.

The winners will be announced next month. 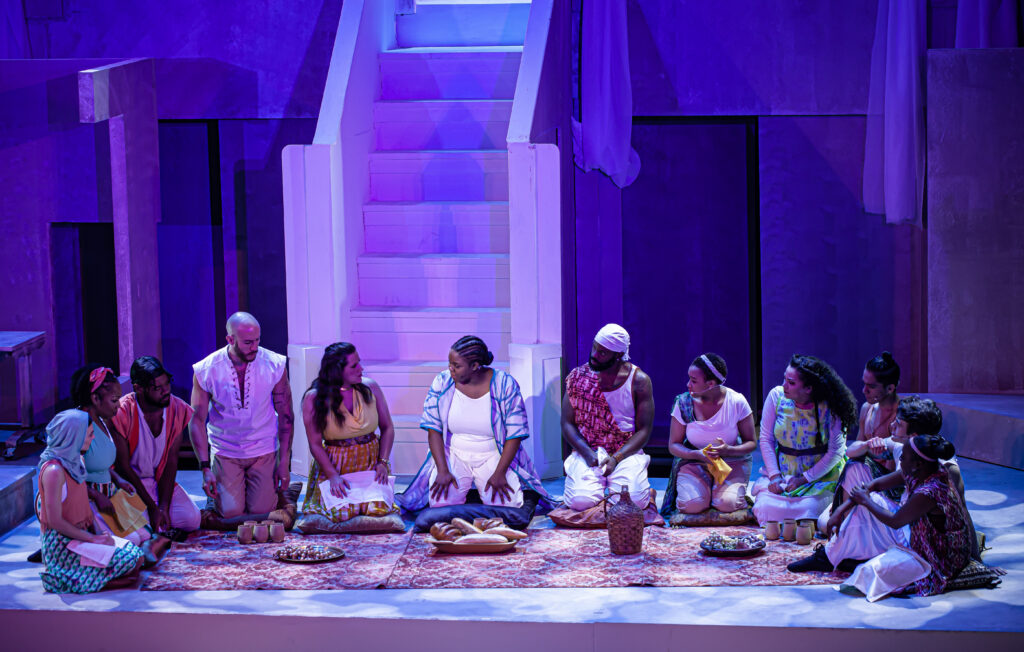 Full transparency, I am not a fan of this Andrew Lloyd Webber musical. Nothing about it has ever resonated with me save for its couple of hit songs. So I will admit I went into this show with a lot of reluctance but a bit of curiosity.

The productions of JCS I have seen have always been big budget touring shows including the most recent 50th anniversary tour that came here this year. In contrast to those, WaterTower pulled off a wondrous production in its home theater in Addison. A strong cast mixed with its creative design delivered something those bigger productions never did – humanity.

Most of that was simply because the music led by director Cody Dry didn’t play over the actors so their words could be heard and understood, but it still jammed with high energy for the rock opera. Kennedy Styron’s bright set was somewhat dreamlike with its use of fabric and monotone selection of whites and neutral colors. So effective but also gave attention to the diverse cast in their variety of looks. Megan Liles’ costuming felt a mix of both contemporary and referential as did Kelly McLain’s exciting and complex choreography.

The show centers on Jesus Christ’s days before his crucifixion. Christopher J. Deaton played Judas as a man with deep layers and conflict giving him many different sides and perspectives. Caitlin Chapa’s Mary Magdalene was tender and heartfelt, particularly in “I Don’t Know How to Love Him.” As Herod, Ellen Eberhardt gave a fresh comedic turn for the titular number “Herod’s Song.” In turn, John-Michael Marrs’ Pilate was appropriately frightening. Marrs certainly knew how to dial up the intensity for his scenes.

As Jesus, Feleceia Wilson was exciting to see in the lead. From simply a gender perspective, songs and relationships took on a whole new meaning often leaning into a wonderfully queerish aspect to the show. Wilson delivered a strong vocal performance, but she often undermined her own role as Jesus by performing often with her hands in her pockets which felt resigned and almost disinterested. Wilson’s dramatic chops were not amiss though especially through the final scenes which were completely sans blood or cross as one may expect in the crucifixion scenes.

Led by director Natalie King, Jesus Christ Superstar was fresh and exhilarating to watch. She and her team and cast crafted a beautifully poetic show that would appeal to both believer and non. JCS runs through Dec. 11. 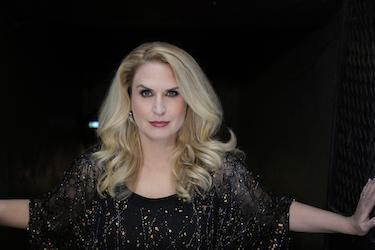 Fort Worth Opera announced earlier this month that it has named its new director after current director Afton Battle announced her resignation in October and served her last day on Nov. 23. For its new chapter of leadership, Angela Turner Wilson will take over the reins at FWO.

“After reviewing candidates from around the US and other countries, we are thrilled to announce Angela Turner Wilson will lead the Fort Worth Opera,” Board Vice Chairman Hayne Shumate said in a press release. “We wanted to find someone who has vast experience as a national operatic performer and someone who understands how to lead an organization and educate future opera singers. We were fortunate to find those qualities in Angela Turner Wilson. We can’t wait to see her take our organization to new heights.”

Wilson is an accomplished opera performer who has appeared with the New York City Opera, Washington National Opera, Lyric Opera of Chicago, Boston Lyric Opera among others and as a local, she has performed with The Dallas Opera and the Fort Worth Opera’s productions of L’Italiana di Algieri and Petite Messe Solennelle by Rossini.

“I am honored that the Fort Worth Opera asked me to lead this important organization,” she said in the release. “Fort Worth Opera is a pillar of the fine arts in Fort Worth. I look forward to continuing the FWO’s high standard of artistic excellence and community outreach while expanding the national reach of the company into an exciting future.” 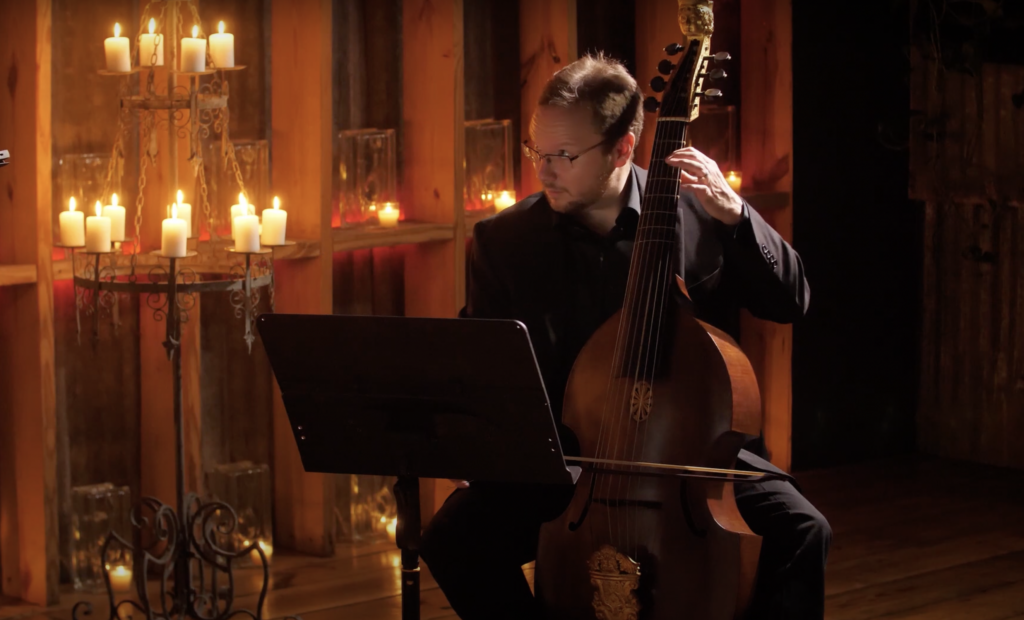 Allen Contemporary Theatre: It Runs in the Family, Friday-Dec. 18.

Greater Lewisville Community Theatre: Over the River and Through the Woods, Friday-Dec. 18.

NTPA: Scrooge the Musical, Wednesday-Dec. 11 at the Courtyard Theatre.

Theatre Denton: Disney’s Beauty and the Beast, Wednesday-Dec. 18 at the Campus Theatre.

Broadway at the Bass: My Fair Lady, through Sunday.

Texas Ballet Theatre: The Nutcracker, through Sunday at the Winspear.

Cirque du Soleil: Twas the Night Before Christmas, through Dec. 11 at the Texas Trust. CU Theater.

Dallas Theater Center: A Christmas Carol, through Dec. 24 at the Wyly Theatre.