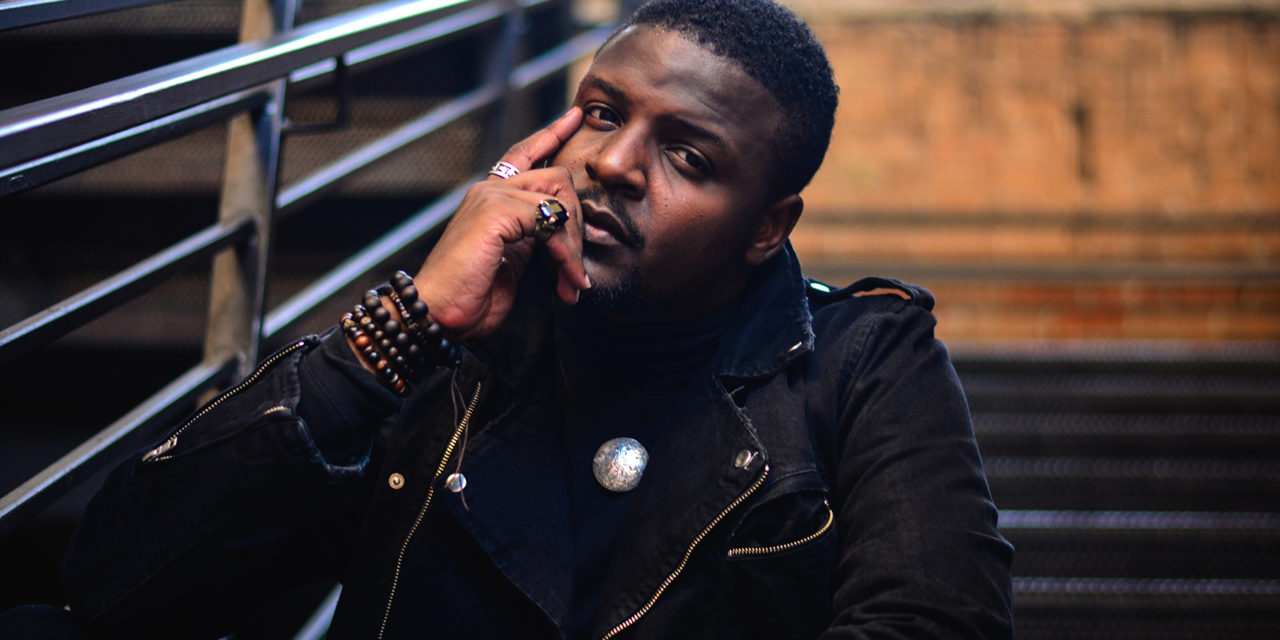 If you’re looking for evidence that a vision board actually works, ask Venny Etienne.

The Dallas-based fashion designer graduated from Wade College’s fashion program in 2015, but he was already thinking longer-term. In April 2015, he posted the following on his Facebook page: (Speaking into existence) Beyonce WILL wear one of my garments by 2020 (5 yr plan).Ok, carry on…

That was no small goal. Beyonce wasn’t just a star, not just a superstar, but a mega-star known as much for her fashion as for her music… and this was before Lemonade vaulted her into the stratosphere she now orbits from. It’s one thing to say “I hope a TV actress will wear one of my gowns to the Emmys one day;” it’s another to dress a Lady Gaga, a Katy Perry, a Beyonce.

And now he’s done it. 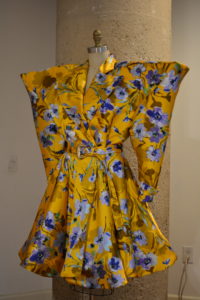 Etienne’s design — a starburst of color in an arresting floral, with shoulders that would shame Joan Crawford — was used in Black Is King, the earth-shaking new longform “visual album” that debuted last week on Disney+.

After coronavirus, Etienne wasn’t fully sure it would happen. Around 12 months ago, Beyonce’s lead stylist, Zerina Akers, reached out to Etienne (they had a relationship cultivated over several years): Would he be interested in designing a piece that might be used on an “upcoming video project” for her client? He of course said yes.

“I knew it was going to be for a music video [for Beyonce] but I didn’t know for what, or which song,” he says. “We came up with [the idea for] a strong piece; that’s why I emphasized the shoulders, I wanted a floral, a print. As always, we only had a week to make it happen!”

He sourced the woven satin print locally, and dove headlong into getting the garment ready. “It was made with broad shoulders with boning built into it,” he says. It was heavy — “a good five or six pounds with all the gold accents; the buckle and button were gold with a little turquoise. I was really stretching myself because I have never done anything like that. It took me a good two days to get those shoulders right.” Akers approved it, and that was basically that. When would the video come out? For what song? He hadn’t a clue.

“Once I submitted it I was on BeyonceWatch,” he laughs. By January of this year, he still hadn’t heard anything. Then the pandemic hit, and he all but gave up hope he would ever see the fruits of his work used.

But now it was 2020, and he recalled something.

“I remembered I made a post back in the day where I said I was gonna dress Beyonce, but I couldn’t remember when or how or on what platform,” he says. So he searched his Instagram and Facebook posts and saw the one above. “She really is gonna wear it, and it’ll be this year. That gave me hope.”

He saved the post for an inspirational moment. And that came with the release of Black Is King, and in particular the video for the single “Already.”

“I didn’t know how much exposure it would get,” he says. “I had to sit and wait like everyone else to wait to see how it would be featured … or if it would be featured at all.” And having it in the video — that video… at this time in our culture… well, that made all the difference to him.

“I would have been honored if a paparazzo took a picture of her coming out a bathroom wearing it,” Etienne laughs. “But to have this released along with everything going on [in the U.S. right now]? To be part of this big narrative that we are experiencing as a culture, part of something so impactful?” He has no words to express his gratitude. In this year of extreme, it has been a godsend to find a bright light among all the darkness.