Fit for a queen 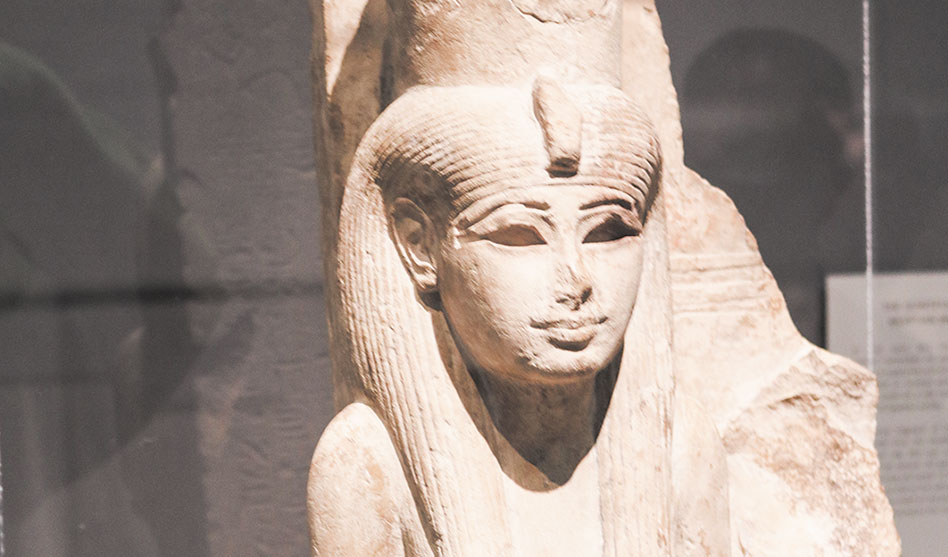 Artifacts from the tomb of Nefertari on exhibit at Kimbell Museum

Queen Nefertari’s Egypt, now on display at the Kimbell Museum in Fort Worth, explores the role of women in the New Kingdom — and that role is surprising for a society that existed more than 3,000 years ago.

Under Egyptian law then, women were considered equal. Through artifacts that are surprisingly well preserved, we learn that women were allowed to own property, own businesses and bring cases to court. In Texas, a woman couldn’t own property without her husband’s permission well into the 1970s. 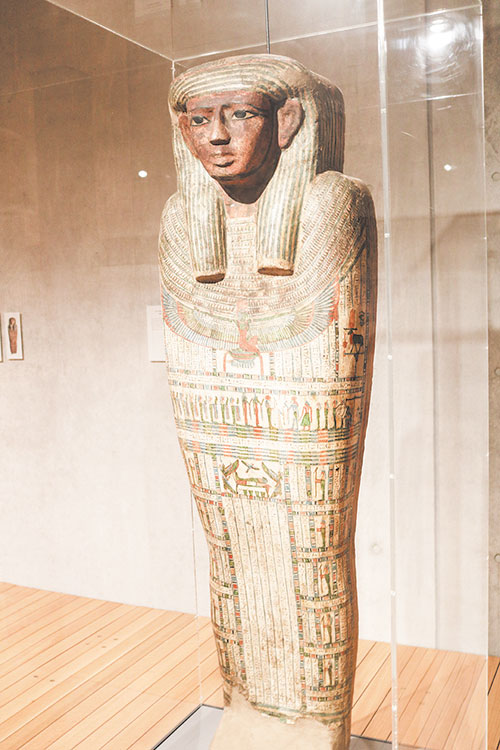 And Egyptian women in the New Kingdom could serve as temple priestesses, something still denied women in many denominations today.

Of course, although women in ancient Egypt could do these things, their role more often was to run the house and raise the kids. While women were considered equal under law, pharaohs married multiple wives to ensure having heirs and a successor as well as a symbol of their wealth. Royal women lived separately in the Royal Women’s Palace.

Nefertari, which means “beautiful companion,” was the favorite wife of King Ramesses II, who ruled from 1279-1213 BCE. Little was known about Nefertari until the early 1900s when her tomb was discovered. Artifacts displayed in this exhibit including stella, statues, sarcophagi, jewelry and more come from the Museo Egizio in Turin, Italy, whose director in 1904 discovered the tomb.

Pharaohs were considered incarnations of the son of Ra, the sun god, and only living on earth temporarily. During their lives, they built temples to the gods and monuments to immortalize themselves as they became gods in the afterlife. Their queens were buried in the Valley of the Queens.

On exhibit is a model of Nefertari’s tomb built shortly after the actual tomb was discovered. Extensive paintings throughout the tomb illustrate the queen’s journey as she would work her way to be with Osiris, the god of fertility, agriculture and the afterlife.

The treasures exhibited come from the upper antechamber and the lower burial chamber. The items were placed in the tomb for Nefertari to use in the afterlife. That included jewelry, furniture, 34 wooden shabtis, oils, a pair of mummified knees and a granite sarcophogus.
Jewelry was made from a variety of materials, everything from precious stones and gold to shells and earthenware. Women wore jewelry to show status and to protect them from evil.

Shabtis are funerary figurines used throughout Egyptian history that were placed in tombs to act as servants for the dead. Although the collection of 34 shabti found with Nefertari is an impressive collection, there were probably originally hundreds, as found in other tombs.

A collection of musical instruments found in the tomb give an idea of how music was part of the life of the Egyptian people. A harp, lute, cymbals and drums were among the instruments used in religious music.

One of the most surprising artifacts on display is a pair of sandals made of woven palm leaves was found in the tomb. They’re a woman’s U.S. size 9 and compatible in size to the pair of preserved knees found. 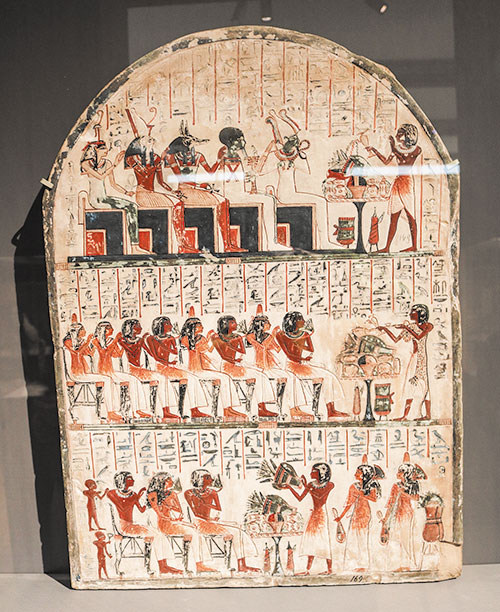 Although researchers can’t be sure, the style of sandal indicates they may have belonged to Nefertari herself. On one drawing in the tomb is a picture of the queen wearing a similar pair.

Nefertari was an educated women who could read and write the system of hieroglyphics used in ancient Egyptian. That’s more of a feat that just learning an alphabet. Hieroglyphs are a complicated system of writing using more than 1,000 symbols. Some of those signs had multiple meanings and could either stand for a sound or for an entire word. An example shown in the exhibit is the owl, which could either be the bird or it could be the letter M.

The final room in the exhibit is a display of sarcophagi. Inside the outer granite coffin is a wooden coffin that encases the mummy on a wooden board. After more than 3,000 years, it was fascinating to see the stone enclosure and the wooden case to be so well preserved and still vibrantly colored.

Queen Nefertari’s Egypt is on display at the Kimbell Museum, 3333 Camp Bowie Blvd., Fort Worth on Tuesday-Sunday. Tickets are $18. The museum isn’t doing timed entry but is limiting the number of people who can enter at a time. The exhibit continues through March 14.