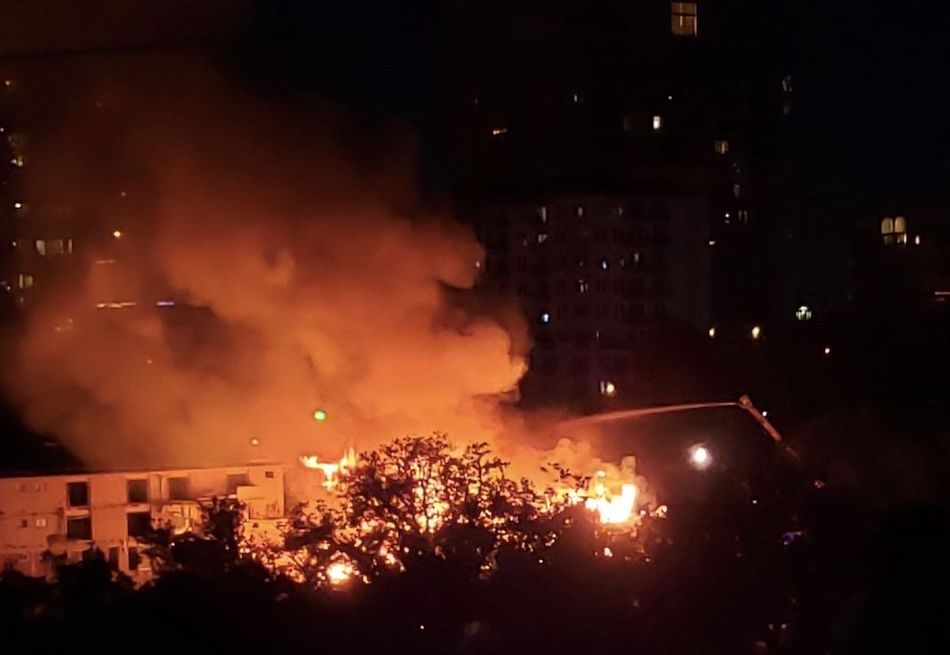 About 37 fire rescue units responded to a fire on the corner of Turtle Creek Boulevard and Fairmount Street last night (Nov. 30). The former condo complex was being demolished to make way for a “luxury” apartment tower. There are no reports of any injuries. The main concern was the fire spreading to neighboring properties.

The complex is where Resource Center’s first executive director, John Thomas, lived in the 1990s. Also, in the early 1970s, before he moved to San Francisco, Harvey Milk lived in an apartment here as well.