FALLING OUT with Terry D. Loftis: From Booker T. to Black Tie Dinner 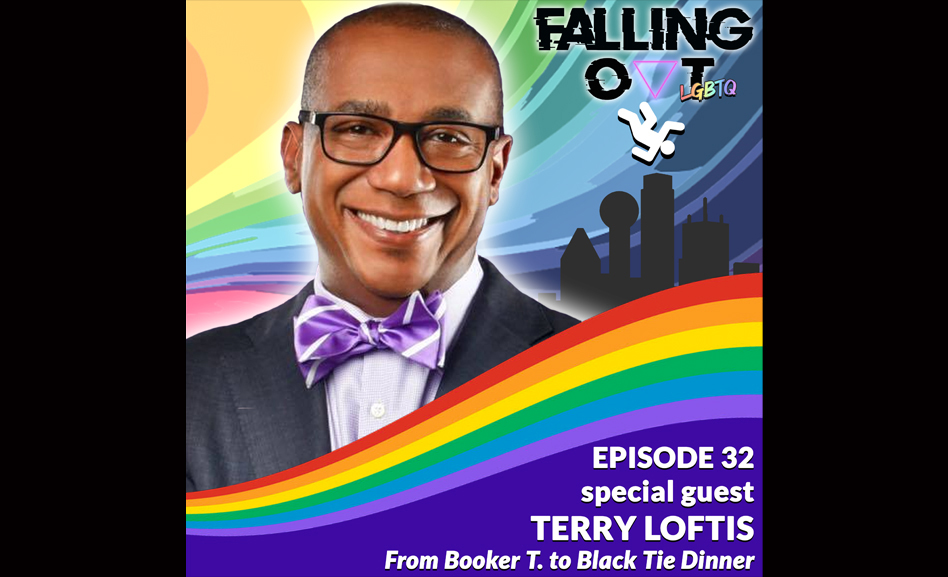 Terry Loftis is a giant in the Dallas Arts community, and his impact can be felt across all facts of our LGBTQ community. From producing Broadway musicals, to raising money through The Arts Community Alliance (TACA) to serving at the senior co-chair of Black Tie Dinner, Loftis’ handprint has left an indelible impression. But it wasn’t always smooth sailing — not until he came to terms with his true self and found his tribe.

Loftis is the Donna Wilhelm Family president and executive director of The Arts Community Alliance. TACA’s mission is to support excellence and impact the arts in North Texas through grant making, capacity building and thought leadership. Under his leadership, TACA launched the TACA Resiliency Initiative  to reframe vital support for Dallas cultural arts organizations during the COVID-19 pandemic.

TACA has distributed $2.1 million since March 2020 to nearly 100 cultural arts organizations in Dallas County. Loftis was nominated for a Tony as producer of Bandstand on Broadway in 2017, which received the Tony for Best Choreography and Orchestration. He received his first Tony nomination in 2015 for The Visit starring the legendary Chita Rivera.

Prior to TACA, Loftis was vice president of the Broadway Strategic Return Fund in New York. He was responsible for investor development for BSRF throughout the United States. BSRF was a co-producer of the hit Broadway musical Hadestown, which received the Tony for Best Musical in 2019.

Loftis spent the bulk of his career in marketing/advertising beginning with a subsidiary of Leo Burnett in Chicago — TFA Communications and later operated his own agency, Verve Communications Group, for 14 years. He served as president of Dallas-based Eisenberg And Associates until his departure from advertising in 2018.

Loftis is a Dallas native and a graduate of the Booker T. Washington High School for the Visual and Performing Arts. He has been actively engaged in the Dallas arts and non-profit community for many years and serves on the board of directors of the Dallas Symphony Orchestra, Black Tie Dinner), Dallas Arts District and Texans for the Arts. Additionally, Loftis serves on the President’s Council of the Advisory Board of Booker T. Washington High School and is a member of the Dallas Assembly. His former board service includes Resource Center, Resource Center Foundation, The Dallas Way, the Friends of the Katy Trail, USA Film Festival and TITAS. Loftis grew up in Oak Cliff near the Dallas Zoo and currently resides in the Winnetka Heights neighborhood of Oak Cliff. When time permits, he returns to his passion as a jazz singer for private events and occasionally sings at the Balcony Club in Lakewood and at Alexandre’s in Oak Lawn.