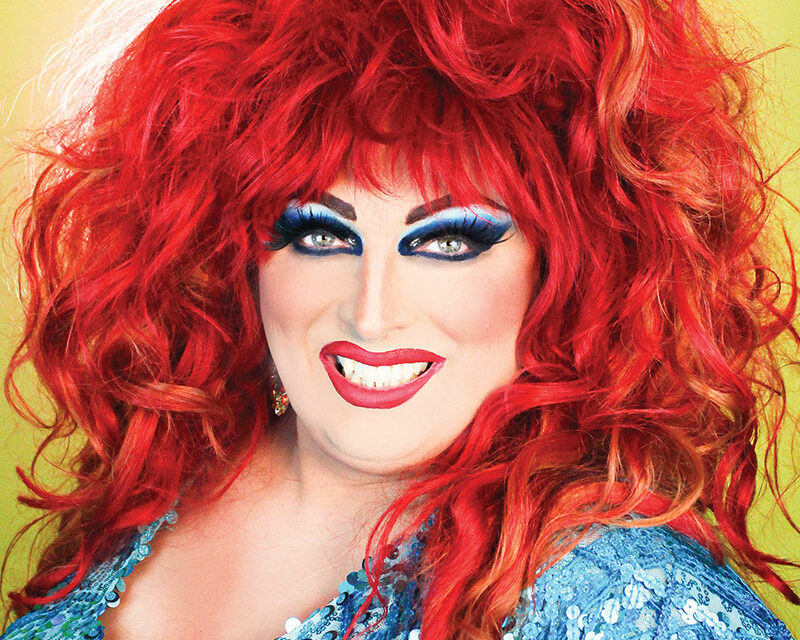 Hey y’all, hey! Last week, the husband and I went to the Twenty-One Pilots concert. They are one of my absolute favorite bands. It’s kinda funny that I rarely listen to female bands or artists anymore unless I am trying to learn new music. I love and adore so many female singers, but no matter who it is, it feels like work. It’s stupid, I know.

So, when I am in the car or relaxing, I tend to listen to alt-rock bands and male singers. That is why I am obsessed with Twenty-One Pilots, Manchester Orchestra, Caamp, Matt Maeson, Awol Nation, The Killers, Maneskin, Silversun Pickups and Glass Animals. There are a few girls I still listen to — like Alice Merton and Holly Humberstone.

My musical tastes have changed so much in the past 10 years. Oh, don’t worry, I still love me some gay-ass music like the other gays. It’s in our DNA.

I bought the tickets to the Twenty-One Pilots concert months ago. The day they went on sale — actually, it was the day before they went on sale. I got an alert from a Twenty-One Pilots fan page saying I could use a promo code to get the tickets early, so I clicked, found seats I wanted — they were about $150 each — and then bought them. I was so excited!

Then when I went to check my Ticketmaster app, they were not on there. I went back to the emails and receipt and realized that I used a third-party ticket buyer. My dumb ass was so anxious that I wouldn’t get tickets that I was not paying attention. It said to give it a few days, and they would show up on the app. And a few days later they did!

I was so relieved! So I put the date of the concert on my calendar app and didn’t really think about it again.

Then, concert time rolls around. We got ready for the concert and were feeling good. We get to the American Airlines Center, and I pull up the app; they scan it, and we go inside. That’s when I finally look to see where our seats are, and my blood immediately starts to boil.

I chose and paid for tickets in section 210 — not the best seats but decent. But the app said our seats were in section 324 — in the fucking nosebleed seats, on the absolute last row, against the back wall.

I was trying not to lose my shit as we hiked up the Mt. Everest of steep stairs. We probably looked like Batman and Robin from the old TV show scaling up the wall. Keep in mind, we are older than most of the people there — lots of tweens, teens and young hooded guys vaping.

I felt old as fuck.

We get to the seats and sit down, then I look towards the stage and have complete vertigo. It felt like I was looking straight down. I was borderline having a panic attack. I thought, there is no way I can watch the concert from here. I tried to watch the opening act — a guy named Peter McPoland, who was actually really good — but when I stared at the stage for too long, my heart would race, and I felt like I was gonna fall a million feet over the crowd and splat near the stage.

I got on my phone and found the original emails and receipts from the third-party company and realized: I didn’t read the fucking fine print!

It basically said that there was no guarantee that I would get the seats I wanted, but they would do their best to get me the best seats they could. Fucking bullshit! But I take full responsibility for being so stupid as to not check to make sure I was dealing with the right company.

Still, it feels very scammy. I should have double-checked so many things, but it is what it is. I’m an idiot sometimes, and I paid the price.

Then the concert started. The first beats of “It’s a Good Day” played, and the crowd lost their mind, and everyone stood up. This is another example of me feeling old. I leaned over to Jamie and said, “We paid for SEATS; shouldn’t we get to sit down?” He said, “Shut up Grampa!”

Honestly, once the two boys from Twenty-One Pilots came onstage, I forgot about how shitty our seats were. We stood there, singing along with everyone else in our nosebleed section.

We were just two 50-year-old, chubby gays living our best lives, not giving a fuck that we were the more “mature” fans. But that is the great thing about music: It brings people from all walks of life together. We may have not looked like the rest of the crowd, but we had a fabulous fucking time.

Their show was amazing.

I learned a couple of very valuable lessons that day: One, always read the fine print and double check everything; two, don’t wear shoes just because you think they are cute. We stood for more than two hours and hiked up about a billion weirdly-spaced stairs. I shoulda wore my slip-on Sketchers or hiking boots, ya know — something with some Dr. Scholl’s inserts . …

Oh fuck! I am old! Goddammit!