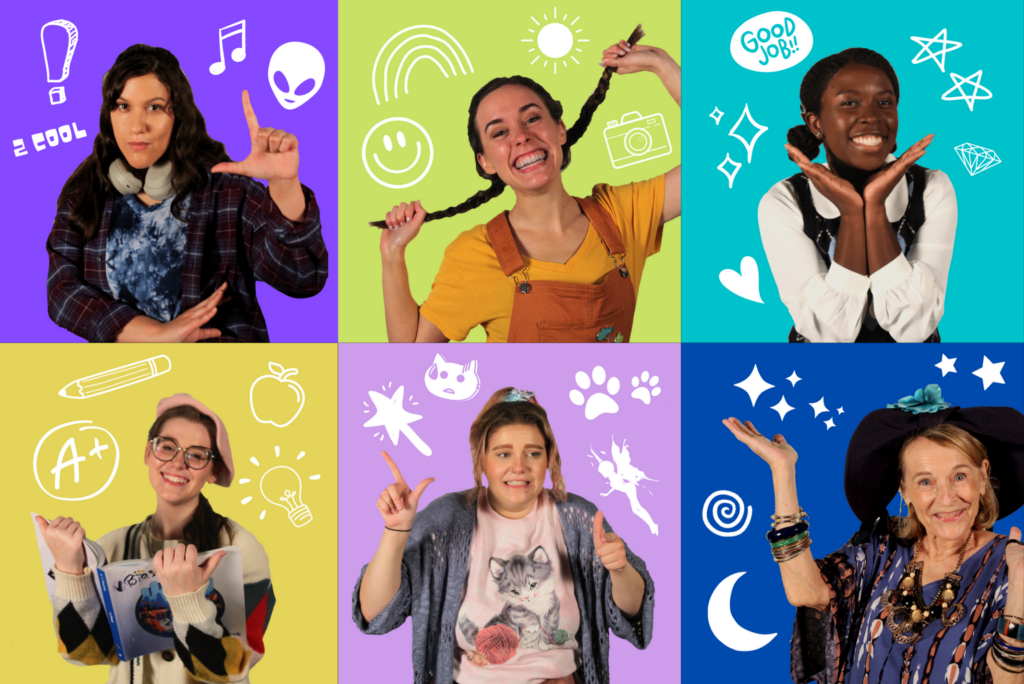 The cast of ‘Founders, Keepers’ by Echo Theatre. (Courtesy photo)

Echo Theatre opened Aurora Behlke’s play Founders, Keepers last weekend which was also the world premiere of the piece. The play centers on five fifth grade girls who were assembled by the U.S. government in Washington to rewrite the Constitution as the nation is in crisis and the capitol is in flames. Save for two who are best friends, the five are strangers who form and break bonds as they determine the fate of the country.

Although a nonsensical premise, the idea elicited curiosity. However, as the play on Saturday night unpacked, the premise waned and despite a strong cast, Behlke’s story never stuck the landing.

There was never a sound explanation to what was going on that plagued the nation nor why fifth-graders were selected for the job of giving the Constitution a do-over. The big-picture notion that the foundation of the country rested in the hands of young women was not lost, but made zero sense to have them be elementary school-age. Perhaps with the characters as teens, Founders would have made more sense and felt more profound.

As the five students, the cast delivered strong performances amid the unusual story. Each actor didn’t play down their fifth-grade characters with overt childlike behavior but offered a variety of layers and complexities.

Nicole, played by a strong Caitlin Chapa, had a tough exterior that kept people at bay all hiding a traumatic grief. Lauren Floyd’s Gillian had the most character arc dealing with her first period and finding strength to stand up to her manipulative best friend Tabitha. Rickeya Jones’ Tabitha was hard-headed and staunch in her self-appointed leadership role but fragile at the idea of losing her support system.

Kristen Lazarchick may have had the most energetic performance as Winnie who was presumably ADHD as she hid her Adderall in the bathroom’s paper towel dispenser. As Winnie, Lazarchick had a nonstop buzz that mixed physical comedy with the highs and lows of ADHD but without playing it for laughs.

On the other end was Imogen, who preferred to hide away and stay quiet played with inspired nuance by Hadley Shipley. Allyn Carrell played the Mysterious Woman who haunted them all as well as played the Woman who gave the girls a dose of reality.

Director Caroline Hamilton led a fierce group of actors and formed a cohesive unit that felt authentic. Kateri Cale and Clare Floyd DeVries’ set design certainly recalled those younger age classrooms along with a cleverly built-in set for the bathroom scenes. Ariel Kregal’s costumes were clever in that they felt appropriate for the characters’ ages but also stylish enough to not look like adults trying to look like fifth graders. Talk about balance.

The efforts and talents were there, but Behlke’s story couldn’t hold its end up. Founders, Keepers had a message inside, but the final product never let that message resonate.

In an email reminding folks of North Texas Giving Day, Stage West’s subject read “We’re opening a brand new venue Nov 1!” The message then only says “Stay tuned for more on the Patio at Stage West” before it makes a request for donations. Speaking of…

The Dallas Opera unveiled plans to livestream its upcoming mainstage season, beginning with Verdi’s Rigoletto On Oct. 16 at 2 p.m.. Digital audiences can watch the last performance of each mainstage production, streamed live from the Margot and Bill Winspear Opera House exclusively on thedallasopera.TV.

Humperdinck’s Hansel and Gretel follows on Nov. 5, at 7:30 p.m., and Mozart’s Così fan tutte starring Lucas Meachem, David Portillo, and Elizabeth DeShong rounds out the Season on  April 1, at 7:30 p.m. The new production of Wagner’s Das Rheingold from The Atlanta Opera will be filmed and released at a later date.

“Our continued goal is to welcome new audiences to the art form, both locally and internationally. Livestreaming allows us to introduce The Dallas Opera to the global community on a larger scale than ever before,” Ian Derrer, The Kern Wildenthal General Director and CEO, said in a press release. “We invite audiences to join us in Dallas, whether that be in-person or digitally, for a reimagined Opera experience, accessible to all.”

Patrons will have the opportunity to purchase digital tickets one month prior to the performance on a “Pay What You’re Able” basis with a $9.99 minimum ticket price. Behind-the-scenes content will be exclusive to viewers during the livestream.

Tickets for Rigoletto are available now here; Hansel and Gretel tickets go on sale Oct. 5 and Così fan tutte will be available for purchase on March 1.

The People’s Choice Concert will also be available for livestreaming on Oct. 1, 2022, at 3 p.m. on thedallasopera.TV. Tickets are free and registration is now open.

Rover to conclude its season with a Stone Cold Murder 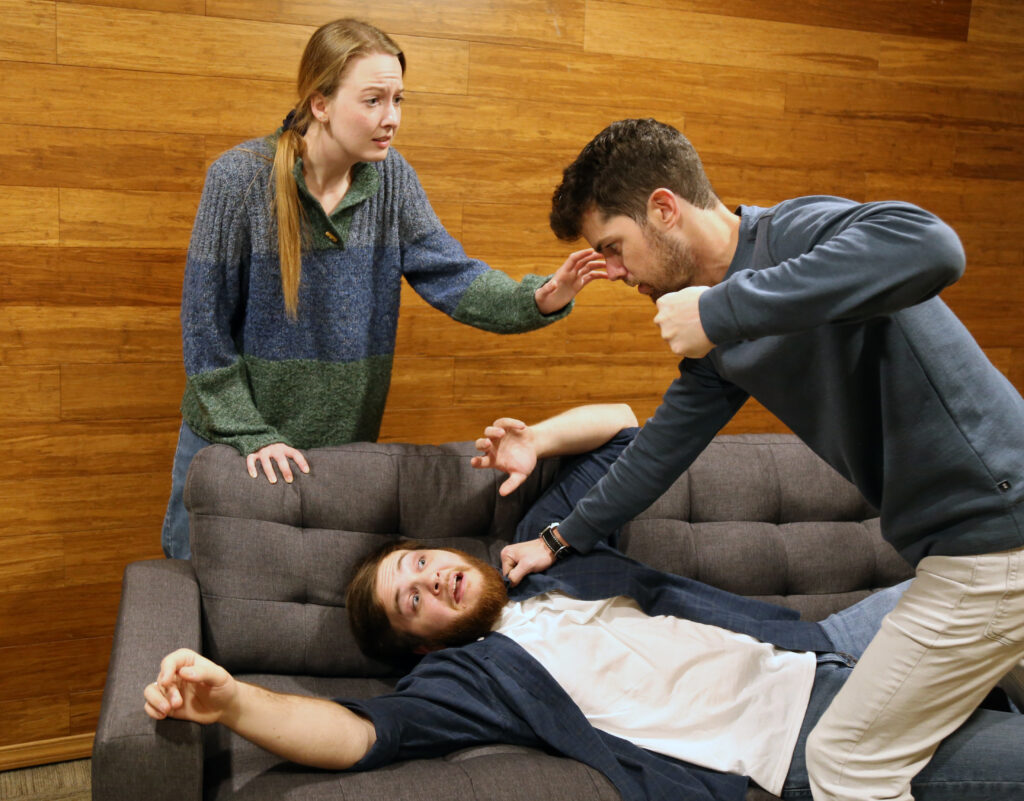 Rover Dramawerks will finish its 22nd season with the thriller Stone Cold Murder by James Cawood. Performances will be at the Cox Playhouse in Plano from Oct. 13-29.

Newlyweds Robert (Trevor Smith) and Olivia Chappell (Katie Macune) have bought a small hotel in the English Lake District, and at the end of their first season they settle down with a drink in front of a warm fire, but their evening is interrupted by the arrival of a rugged hiker (Russell Sims) seeking shelter from the snowstorm outside. Could the stranger have anything to do with Olivia’s dark past involving her former boyfriend Sam (Luke Georgecink)? A desperate fight for survival begins, with twists and turns for all those involved, while ratcheting up the suspense until the very end.

Carol M. Rice serves as director, and Jennifer Patton is stage manager and costume designer. Michael Straub serves as set designer with Jason Kyle Harris as master carpenter. Sound design is by Jason Rice, props design is by Kristin M Burgess, and Kenneth Hall is lighting designer, as well as the board op for lights and sound. Fight choreography is by Dave Westbrook, and Anthony Magee serves as dialect coach.

Preview Night will be Oct. 13 with all seats $10 in advance online or “pay-what-you-can” at the door. For tickets, click here.

Keyboard Conversations featuring concert pianist Jeffrey Siegel opens the 2022-2023 season with American Pianistic Treasures at the Eisemann Center on Oct. 17. Pianist and storyteller Jeffrey Siegel returns to the keyboard with a program that will feature the music of Gershwin, Copland, Bernstein, Barber and Gottschalk.

Keyboard Conversation is a concert with each work on the program performed in its entirety. Siegel speaks briefly and informally to the audience before performing each composition, illustrating with a few pertinent musical examples from the keyboard.

Meadows School of the Arts: Judgment at Nuremberg, Wednesday-Oct. 2 in the Bob Hope Theater at SMU. 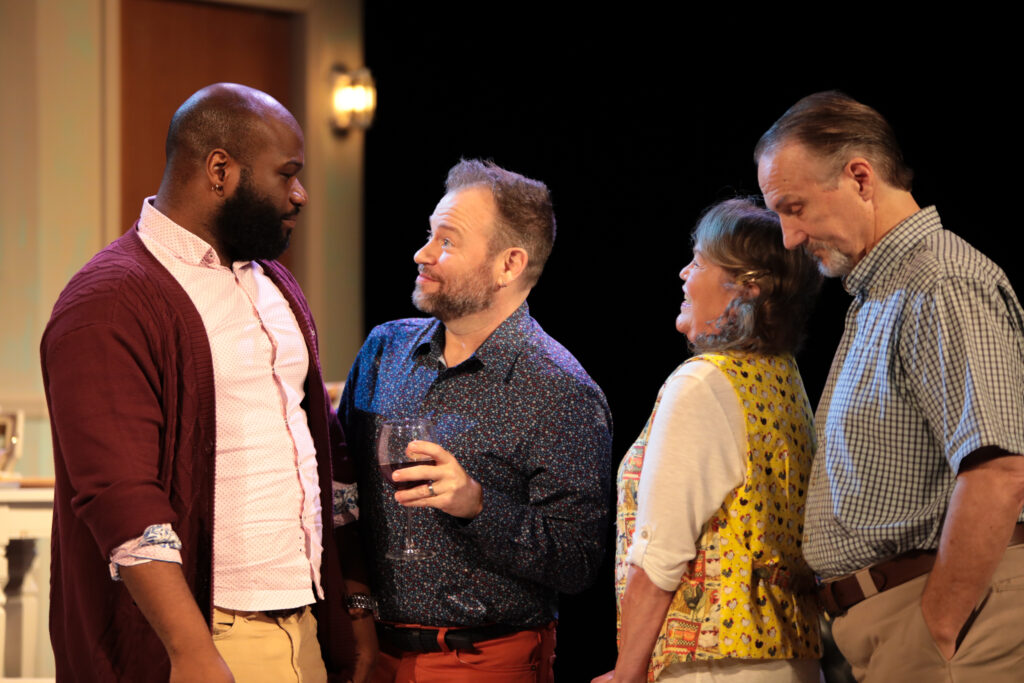 The Core Theatre: A Debt That Led to Home, through Sunday.

Dallas Theater Center: Clue, through Sunday at the Wyly.

Theatre Denton: Death of a Salesman, through Sunday at the Campus Theatre.

Upright Theatre: Next to Normal, through Sunday.