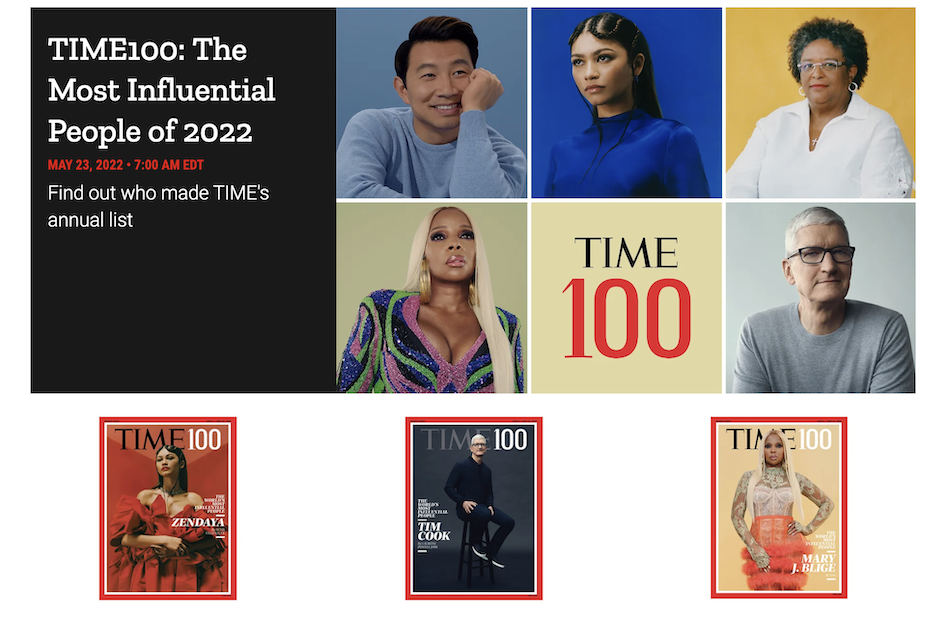 The list includes Volodymyr Zelenskyy and President Joe Biden but also the likes of Vladimir Putin.

In the category of icons, Mary J. Blige tops the list. “She became a household name early because she was a hip-hop artist who also sang,” Time says of the R&B artist. Of all those listed, I included her because she went to my high school.

Oprah is on the list and so is Xi Jinping. Tim Cook of Apple heads the list of Titans but Elon Musk and Jeff Bezos are missing.

In the race for who can beat up trans kids and their families the best, the list includes Florida Gov. Ron DeSantis but not our own transphobic governor, Greg Abbott. But Texas is represented by Emmett.

In the accompanying piece by the ACLU’s Chase Strangio, he says “Emmett Schelling, the executive director for the Transgender Education Network of Texas, has spent day and night fighting back and building love and safety for his community.”

And when Abbott escalated attacks on the trans community, Schelling “mobilized the entire state to fight back.”

He credits Schelling with “leading a scary and grueling fight for trans survival.”

And Schelling’s reaction? “Overwhelmed, grateful, and confused on how I made it on #TIME100 Most Influential just to say the least,” he tweeted.