Easy to learn, hard to master 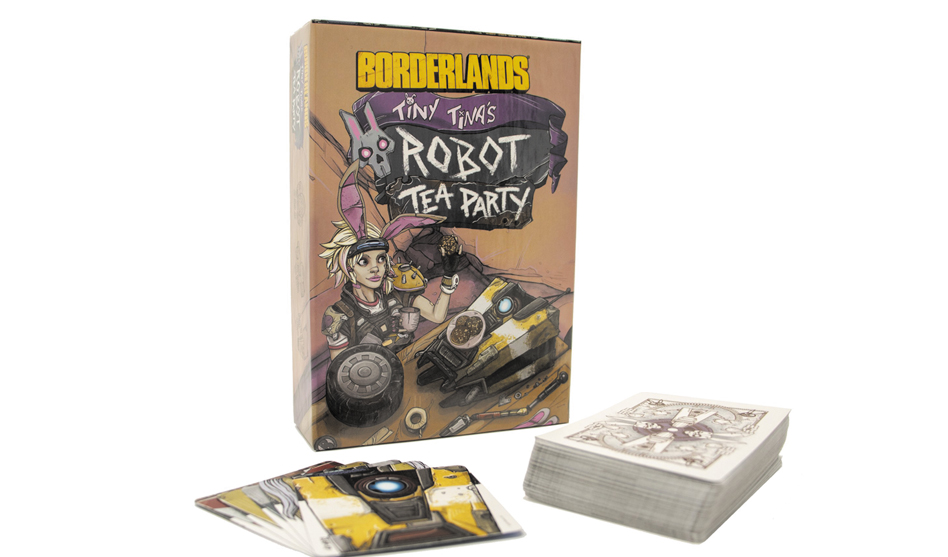 If you’re ever looking for a fun board game, I suggest you check out Tiny Tina’s Robot Tea Party. Published by Nerdvana Games and XYZ Game Labs, Tiny Tina’s was released in early 2019.

The game comes from the world of Borderlands, the popular video game franchise, which is set in a dystopian future where people make their living on the frontier world Pandora as adventurers hunting ancient alien artifacts all the while fighting through hordes of bandits, robots and predatory wildlife.

Borderlands, originally released in 2009, is a cooperative video game from Gearbox Software, where you, as the player, take the role of a “vault hunter,” one of several playable characters that bounce around using fantastical powers and hunting for fabulous wealth and prizes. The series itself takes pride in, well, its Pride. The game is open and has a fair number of LGBTQ characters, from the stoic Sir Hammerlock to married couple Janey Springs and Athena.

Tiny Tina’s can be played with as few as two and as many as five people, and games typically last around 15 to 20 minutes, making it great for small parties. And it is easy to learn, so everyone can play.

While Tiny Tina’s Robot Teas Party may be simple to learn, it is hard to master. The objective is to assemble your very own claptrap model robot first, all while you sabotage the competition. You draw a hand of cards that include parts cards for five unique claptrap models (Wizard, Pirate, Sheriff, Gentleman and Original) and action cards that let you steal from others and sift through the trash to find exactly what you need.

And for board game veterans, Tiny Tina’s comes with an advanced challenge mode that calls on the player to build a second bot, typically increasing the game’s duration by 30 minutes.

Tiny Tina’s Robot Tea Party marks the franchise’s first attempt at a board game, and and they have made it count, succeeding at providing an enjoyable experience for board game enthusiasts. And with Borderlands 3 set to release Sept. 13, this game will hopefully tide fans of the series over until then.