Elizabeth Warren already knows that, Ryan Fournier needs to figure it out 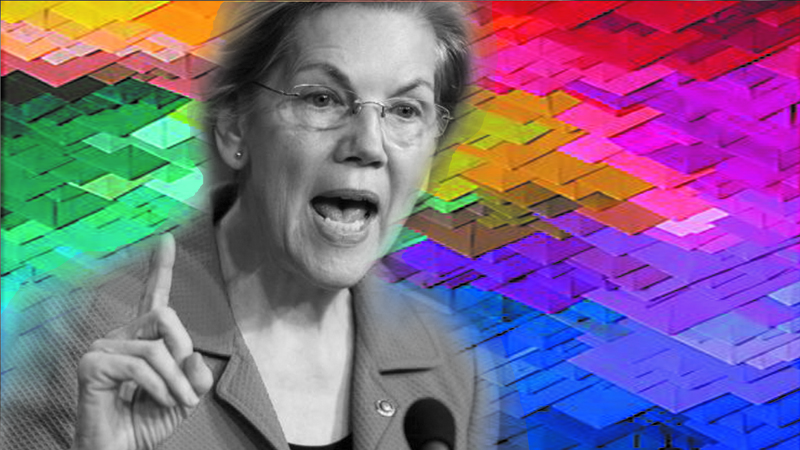 As if I needed another reason to love Elizabeth Warren, she’s gone and done something yet again that has upset right-wing Republicans. Granted, she pretty much does this every day by advocating for things Republicans hate, like access to health care for everybody and a living minimum wage.

But what I’m talking about is, literally, pretty small. But, figuratively, it is huge: She added her pronouns to her Twitter bio.

Is she the only — or even the first — presidential candidate to include her pronouns on Twitter? I don’t know (though all of them should). What I do know is that some people are not happy. And those people are largely anti-LGBTQ, with a heavy emphasis on anti-trans.

I, too, list my pronouns, which are the same as Warren’s, in my Twitter bio and other places like my resume and email sign off. And it’s not because I’m worried people won’t know if I’m a “she” or a “he.” I legit do not care.

I’ve been called “sir” multiple times in my life, especially when I was going through chemo for breast cancer and was totally bald. Once all of my hair grew back, I stopped shaving my legs because to hell with that patriarchal shit. I still wear shorts in the summer though, and I have hairier legs than many dudes.

Again, I don’t care what people think of me, but I’m still a cisgender female.

That said, listing my pronouns isn’t for me. It’s to show solidarity with transgender and genderqueer people for whom pronouns can be very complicated — not for them, but for other people who refuse to recognize or respect any gender identities that aren’t strictly male or female and based on the gender assigned at birth.

Ryan Fournier, chairman of Students for Trump, is one such person. On July 19, he tweeted, “Game over folks — Elizabeth Warren added her pronouns,” along with a screenshot of Warren’s Twitter bio.

Now, by “game over” Fournier didn’t mean “mic drop” or anything positive. He clearly thinks that listing her pronouns is a negative thing, something to laugh at, much like the transgender woman he mocked last year by tweeting, “[This] is what happens when you ‘misgender’ someone,” alongside two crying laughing emojis and a video of a woman getting very angry at a Game Stop store after she is called sir.

In the video, the woman gets very agitated and then aggressive with the sales clerk, challenges the clerk to “take it outside,” swears and knocks boxes over. It’s easy to watch this video and see someone freaking out over nothing, especially if you yourself have never faced discrimination, ridicule and the constant threat of violence because of your gender identity.

What I see when I watch the video is someone who is in a lot of pain having a very hard time. I’m not excusing her behavior, but I also see her first as a human being, which is not something Fournier sees at all.

But Warren does see transgender people as human, and including her pronouns in her bio is a way of saying, “I see you, and I respect you, and I am fighting for you.”

I did a Google news search for “transgender,” and the headline “29-year-old transgender woman found shot dead on side of road, motive unknown” was the first thing that came up.

It is, sadly, not an uncommon occurrence.

“Stuckey’s death is the 12th known case of deadly violence against the transgender community in 2019. All of the victims were black transgender women,” according to the Human Rights Campaign.

From HRC’s Violence Against the Transgender Community in 2019 report: “It is clear that fatal violence disproportionately affects transgender women of color, and that the intersections of racism, sexism, homophobia, biphobia and transphobia conspire to deprive them of employment, housing, health care and other necessities, barriers that make them vulnerable.”

With so much stacked against them, transgender people, especially black transgender women, need to have allies who are visible. And if those allies are in a position of influence and power, like a U.S. senator running for president, all the better.