Drag in the suburbs 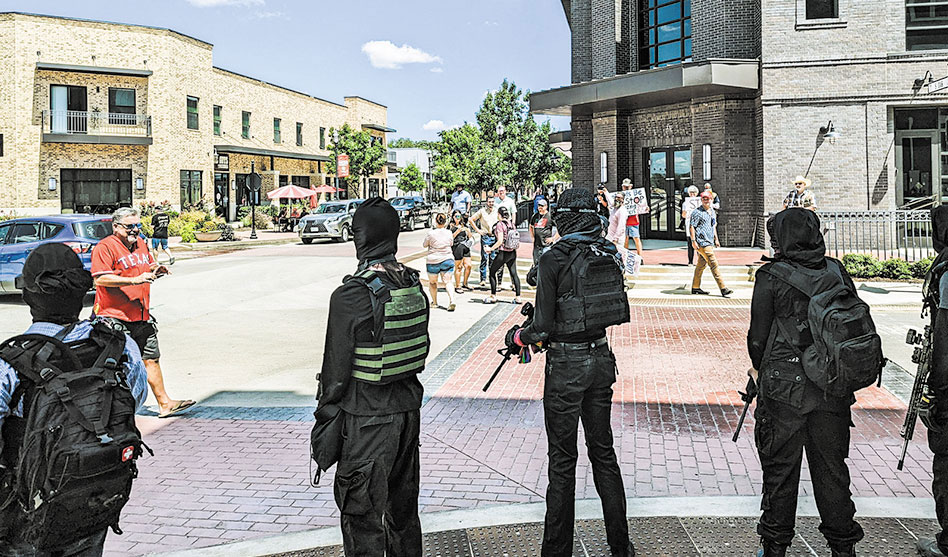 Armed supporters turn out to protect drag brunch in Roanoke

The “Barrel Babes Drag Brunch” held at family-owned Anderson Distillery & Grill in Roanoke on Sunday, Aug. 28, drew an overflow crowd for an afternoon of food and fun. Owner Jay Anderson held the show in support of his son, who performed at the event as Trisha Delish.

“Roanoke TURNED OUT to support our show!!” owners posted on the business’s Twitter. “We hit capacity, and our kitchen is completely sold out of food from our amazing patrons. I can’t stop tearing up every time I think about how packed the audience was.” 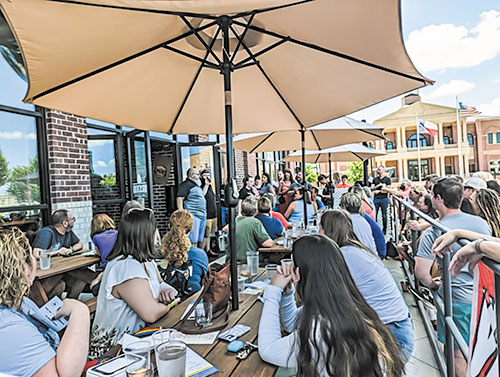 Overflow crowd outside the drag brunch

According to Delish, even the Texas Comptroller’s office signed off on the event following complaints alleging they were operating as a “sexually-oriented business.”

“It was never my intention to host an event that would result in controversy, hate and divisiveness,” Anderson on Facebook before the event. “It is my intention to welcome people from ALL walks of life.”

A separate crowd from a different walk of life was also drawn to the event, but not to have fun. Anti-LGTBQ activist Kelly Neidert, who was banned from Twitter after calling for LGBTQ people to be “rounded up,” called for a protest at the event in the name of “protecting kids,” as she has several times over the last several months. Neidert’s protests over the past several months have consistently drawn right-wing extremists trying to get the events canceled or even criminalized. On June 4, the same day as the Dallas Pride Parade, Neidert organized a protest of a family-friendly drag event outside Mr. Misster on Cedar Springs; the following day Texas state Rep. Bryan Slaton proposed criminalizing the presence of children at drag shows. 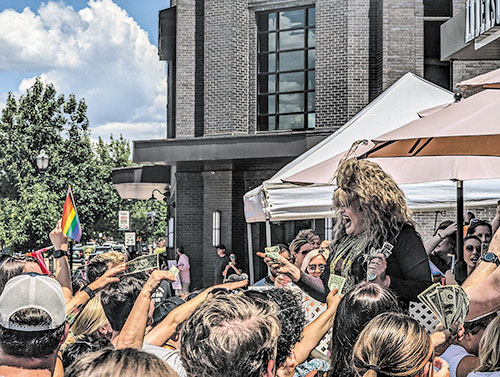 Last Sunday, a few dozen anti-drag protesters started gathering outside the distillery hours before the drag show began. There were several familiar faces — I’d seen them captured on camera at other anti-LGTBQ protests. Among them were known members of the Proud Boys and the extremist militia group This Is Texas Freedom Force who have previously been seen hurling slurs at people outside another drag protest organized by Neidert during Pride month. One militia member carried a baseball bat wrapped in barbed wire, a weapon that might be a violation of Texas Penal Code Sections 46.01 and 46.02, which state that it’s illegal to carry a “club” unless you’re on your own property, in your vehicle or directly en route to your vehicle.

This time, however, the right-wing protesters didn’t have unfettered access to harass those attending the drag brunch. Members of the Elm Fork John Brown Club — which describes itself as an organization dedicated to “promoting and assisting marginalized communities in organizing community defense against white supremacists/fascism. Not a militia” — showed up to provide armed security for the business and those attending the event.

The presence of armed anti-facist security at the drag brunch has rankled right-wing commentators and been used by some news outlets as the anchor for a sort of “both sides” narrative, framing them as “counter-protesters” who “clashed” with the anti-drag protesters, many who called attendees “groomers” and “pedophiles.”

But the armed antifascists weren’t there to protest; aside from some anti-fascist patches on their vests, they didn’t carry signs or chant slogans. They were there to keep people safe and were thanked by Trisha Delisha for “keeping us safe.” 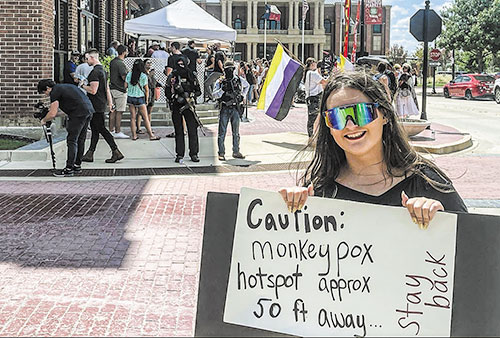 At one point, I witnessed police telling anti-drag protesters to back away from supporters of the event after two of them crossed the street and engaged in heated debate. One claimed a woman spat on him, and he ran to the police who then told him to cross the street. The other admitted trying to antagonize the EFJBC by calling them “fucking pussies.” Despite minor violence and the presence of an illegal weapon, no arrests or police reports resulted from the protests, Roanoke police Sgt. Ryan Otero told The Dallas Morning News.

“We were there to try to keep the peace and basically keep these two sides apart,” Otero said.

In the end, despite all the outrage, the show went off without a hitch. But on Tuesday, Aug. 30, the office of Roanoke Mayor Carl Gierisch Jr. issued a statement in which he acknowledged the drag brunch violated no laws — either state or local — but at the same time seemed to imply the city would try to find some basis for banning such events in the future. 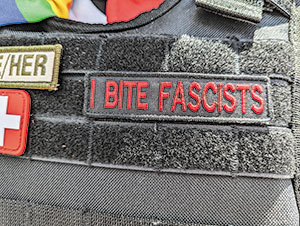 “We are aware that the ‘drag brunch’ was open for all ages and welcomed children. We recognize and understand the concerns expressed by the community that this activity fails to reflect the family values and caring culture that the city of Roanoke is committed to maintaining,” the statement read, adding a quote directly attributed to Gierisch, “We will do whatever it takes, working with our county and state partners, to maintain a culture of respect for families and in defense of our children.”

Giersich continued, “Freedom of speech is a paramount value, but we all know that it is also important to protect our children. We are sworn to uphold and defend our communities, and we will take all measures available to the city to achieve that goal consistent with state and federal law. We are saddened that families were subjected to conduct that resulted in the presence of armed protestors, and believe this behavior was irresponsible, dangerous, and intolerable — our city will continue to investigate the incident.”