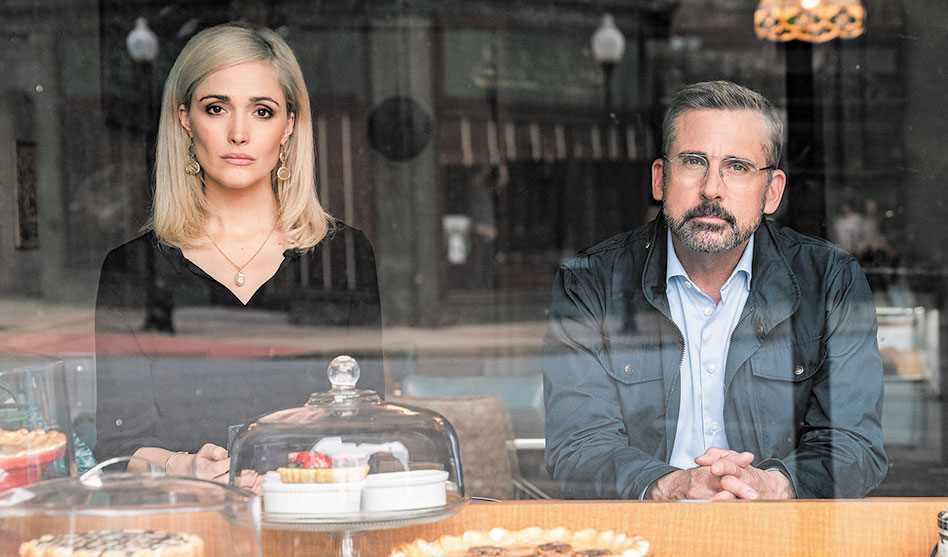 That’s harsh. But in 2015, when he stepped away from hosting The Daily Show — the comedic moral center of our political discussion — he left a vacuum where outrage mixed with gravitas and accessibility. He used to mock how many people got their “news” from his satire show, but the truth is they did. Part of me still wonders if, had he hung around long enough to skewer the Nazi Cheeto every night at 10, we might be in a different world today.

And so the fact that Irresistible, his new politically-charged feature film (as writer/director, not actor) begins on Election Day 2016, suggests maybe even Stewart is looking for a do-over. If only it had quite the impact as he was once able to muster. 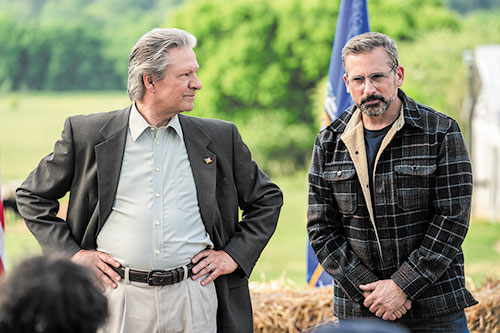 In the film, as in life, Trump has been elected, to the surprise of most political pundits, including Democratic strategist Gary Zimmer (Steve Carell), who goes into a state of denial and self-recrimination. Looking for a way out — a worthwhile political horse to back — Gary settles on Jack Hastings (Chris Cooper), a retired Marine who becomes a minor YouTube sensation after an impassioned speech at a city council meeting in a rural, eco-depressed Wisconsin town. Gary recruits the taciturn country rube into mounting a campaign against the incumbent mayor, with the promise of respecting his authenticity and values.
Yeah, we all know where this is headed.

The trope of the cynical, sophisticated campaign operative rediscovering his passion for civic involvement (while stressing his fish-out-of-water outsiderdom from Middle America) isn’t a new one; it was basically every sixth or so episode of The West Wing. That makes Irresistible disappointingly familiar. But what it lacks in original insight is offset — at least for a while — with its hopeful, even romantical sense of fantasy. Unfortunately, such rom-comish hokum isn’t Stewart’s wheelhouse. The film begins with Gary and his Republican counterpart (Rose Byrne) in a post-debate spin room, saying aloud what they really do, instead of what they are pretending to do. It’s witty and withering… but only rears up again at peculiar intervals for the rest of the film. Irresistible isn’t an outright comedy, nor satire, nor bit of celebrated Americana… though it’s all of those in unsatisfying bites. By the end, it has even become as cynical as the attitude it (initially) purports to indict.

There are some great bits, from the skewering of liberal political correctness (led by Debra Messing in a cameo) to Carell’s convincing performance to the Newhart-esque portrayal of small-town denizens. But despite Stewart’s clear plea for sanity in politics, the message is a muddle of false-flag indicating. Maybe he should have consulted an image consultant who could have kept the film on-message.