DMN: Welcome to the party (P.S. Took you long enough) 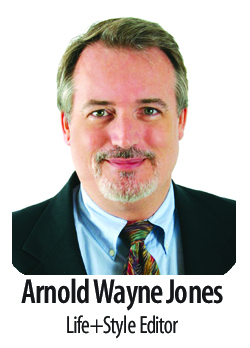 I noted with interest your launch, earlier this week, of LGBTQ Blog, your still-difficult-to-find online column dedicated to gay voices. (How much did the consultants charge you to come up with such a catchy name?) To this, I say, “Bravo!” But as an editor for a publication nearing its 30th anniversary of giving gay Texans a say in the public forum, I do have one question — to wit, “What took so long?”

Where was this column in 1984, when the AIDS epidemic was making national headlines … and Dallas Voice began publishing? Longstanding staffers and members of the community can still recall the weekly parade of death notices, the devastation HIV wreaked on queer Dallasites and the need for someone to step up and take notice.

Rock Hudson died the next year, and the first TV movie about AIDS, An Early Frost, got the country talking about gay issues with seriousness. Was the timing not right then? How about in 1988, when the World Health Organization established World AIDS Day? Or 1996, when David Ho became Time’s Man of the Year for developing protease inhibitors? 1993 saw Angels in America win the Pulitzer Prize and Philadelphia win the Oscar. Were those events not significant enough for you?

Of course, the gay community in Dallas is about much more than a disease.  So perhaps you missed it, also in 1993, when three sitting city councilmembers — Craig McDaniel, Paul Fielding and Mayor Pro Tem Chris Luna — were openly gay at the same time. That would have made for good timing. So would 2004, when Lupe Valdez became the first gay female and Hispanic sheriff of a major city. She’s been getting national attention ever since. Did you notice? We did.

Did you perhaps get distracted from starting the column more than a decade ago, when the U.S. Supreme Court overturned Lawrence v. Texas — a Lone Star State lawsuit! — which established gay sex could not be criminalized?

On the 40th anniversary of the Stonewall Riots, something echoing them happened at Fort Worth’s Rainbow Lounge — we know (I was the first journalist in the country to blog about it, and our coverage was repeatedly cited by the New York Times and other publications … including the DMN). That would have been a savvy time to start a gay blog — it did wonders for our web traffic.

Where was your blog in the late 1990s, when Dallas Voice started running couples’ commitment ceremony announcements, and why did it take you more than a decade (and a lawsuit) to extend the same courtesy to your LGBT readers and couples?

Vermont became the first state to grant same-sex couples rights equivalent to heterosexual marriage (what they quaintly called civil unions) in 2000. It’s when the tide first started to turn in our favor. We could have used the support then, and especially again in 2004 when the right wing of the GOP used opposition to same-sex marriage as a wedge issue in the presidential election, and W squeaked by another electoral victory. Gay Texans were pretty bummed when Texas enacted a ban on marriage rights. Did you have editorial meetings back then to discuss reaching out to your readership with stories devoted to humanizing gay people? No?

Don’t ask, don’t tell and the Defense of Marriage Act (DOMA) were pretty tall hurdles for us to overcome, but we did it. Took us nearly 20 years, but in 2011 the military finally stopped discriminating against openly gay service members. Texas has a huge military population. Did you not think they might be interested in reading a blog from the DMN back then? And DOMA! That took even longer — just last year — but even the right-leaning SCOTUS finally struck down that homophobic policy. And the victory over Prop 8 sent shockwaves through gay America. You should have picked up on that, with a column devoted to ferreting out such things. (We’re happy to give you a little advice — we have some experience in covering gay issues.)

2013 was a banner year for the gays, no doubt: Eight U.S. states joined those offering same-sex marriage, and just earlier this year, Texas’ ban was declared unconstitutional. The blood is in water. We guess that’s why, after all this time, you’ve finally decided, “It’s time to reach out to the gay community.” Or maybe you thought of it as a kind of anniversary present for us. We’re touched.

Anyway, welcome to the party. I guess, in typical Dallas style, you were waiting to make a fashionably late entrance. Enjoy what’s left of the trail mix, and feel free to tip the keg; the rest of us will be in the kitchen cleaning up the mess, as always.

Arnold Wayne Jones is the Life+Style Editor at Dallas Voice.