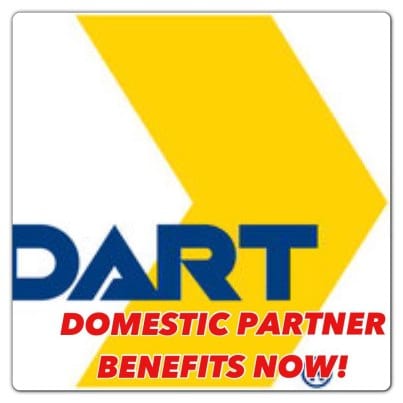 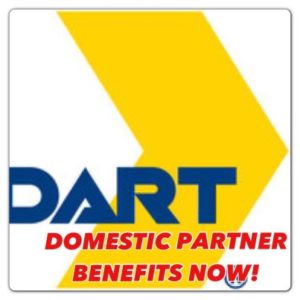 UPDATE: Two board members — Cheney and Chrisman — walked out of the DART board meeting tonight before a scheduled vote on a domestic partner healthcare equalization plan, breaking quorum.

One of the board members was coaxed back into the meeting to vote on other agenda items and pass the annual DART budget that includes the expected cost of the added healthcare benefits.

But he walked again as the item came up at the end of the meeting. It was tabled until the next meeting. If it passes at that time, it may delay benefits for another year because the signup period begins Oct. 1.

ORIGINAL POST: The DART committee-of-the-whole passed its version of domestic partner benefits on a voice vote of 9–2 this afternoon. The entire DART board, made up of the same members, must vote on it again tonight for final passage.

DART has been discussing DP benefits since July 2012.

Resource Center spokesman Rafael McDonnell attended the meeting — the 19th DART meeting he’s attended at which the issue was discussed.

“I’m pleased we’re finally at this point,” he said. “A part of me never thought we’d get here.”

He noted he’s spent more time on DART DP benefits than any other issue he’s worked on at Resource Center.

The no votes came from the same representatives that voted no and abstained on the issue two weeks ago. Michael Cheney, who represents Garland, called for a roll call vote. As he voted, he said he voted no after consulting with city officials in Garland.

Garland doesn’t have a nondiscrimination ordinance or protection for its LGBT city employees — yet.

The DART board meeting for final approval is tonight at 6 p.m. A number of members of the community are scheduled to speak, including the partner of a DART employee who can’t work for health reasons and contacted the agency about being added to his husband’s policy.