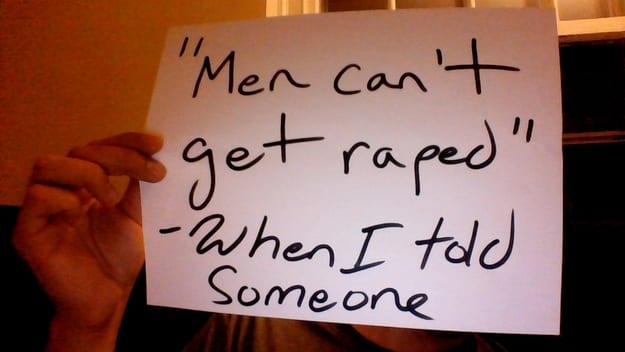 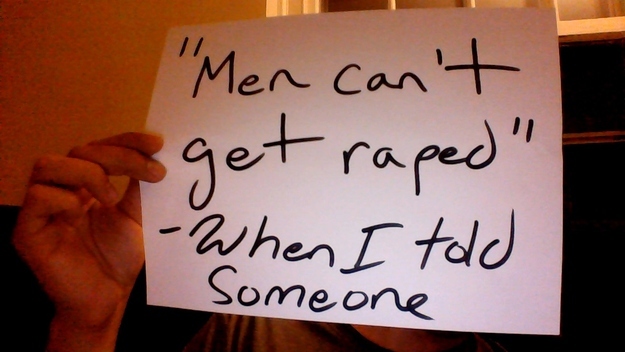 Buzzfeed is the website known for its lists — 5 most embarrassing skiing accidents, 30 least appetizing desserts, 11 whoreiest women in Hollywood, etc. Most of them are meaningless drivel (we read anyway).

So it’s nice that this list actually has some heft and meaning.

After all the press about sexual assault within the military — including assault on men — it’s interesting to see this list of 27 men (not in the armed services) who report being raped: Sometime by other men, sometimes by women. Some are female-to-male transgender. All are holding up signs that recount what their victimizers said to them. It’s horrifying and compelling.