Dancing fearlessly into the spotlight 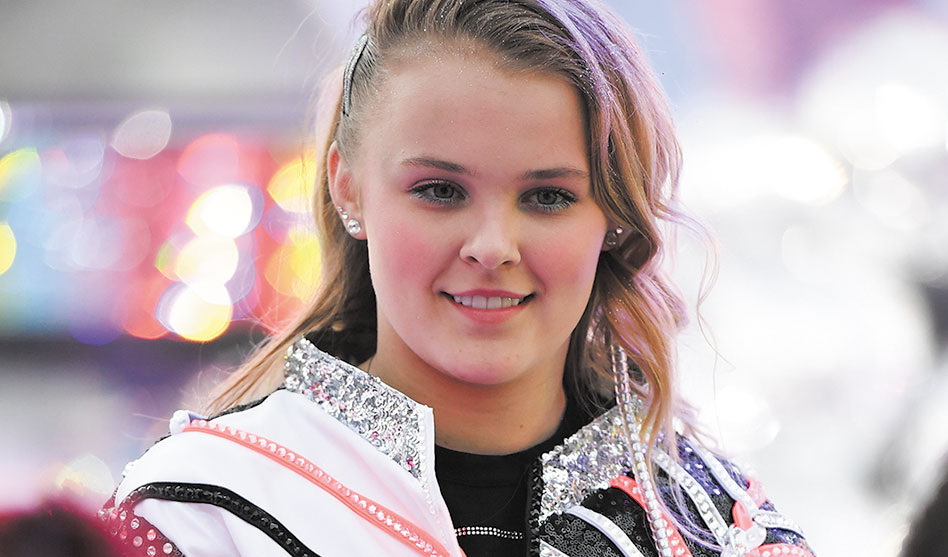 Teen dance sensation JoJo Siwa on coming out, making history on ‘Dancing with the Stars’ and being a role model for queer youth

This year, JoJo Siwa made history as the first Dancing with the Stars contestant to compete with a same-sex partner. With Jenna Johnson, she performed the Argentine tango to Britney Spears, did the cha-cha to Lady Gaga and busted out her best moves for a sexy queer rumba to Janet Jackson.

And maybe, somehow, you’ve missed all the JoJo buzz, which means you probably also missed her Grease foxtrot, but you should know this: JoJo is everywhere right now. That’s great because she’s queer, and we love to see LGBTQ visibility on TV, especially on shows like Dancing with the Stars where you least expect it.

But JoJo, who made Time magazine’s annual list of the 100 most influential people in the world in 2020, has actually been dancing for years. She got her start at 9 when she competed on the Dance Moms spinoff Abby’s Ultimate Dance Competition during its second season in 2013.

JoJo is as beloved on Dancing with the Stars as she is on YouTube, where she has amassed more than 12 million followers. Now she’s teamed up with her mom, Jessalyn Siwa, who’s also her manager, for their own Peacock show, Siwas Dance Pop Revolution. Over eight episodes, JoJo mentors and choreographs 11 tweens, some of her biggest fans, as they compete to be a part of XOMG Pop, a new pop group. The crowned group will open for JoJo on her 2022 tour.

Recently, JoJo, alongside Jessalyn, spoke about being fearlessly queer and what it feels like to inspire other LGBTQ youth to come out. 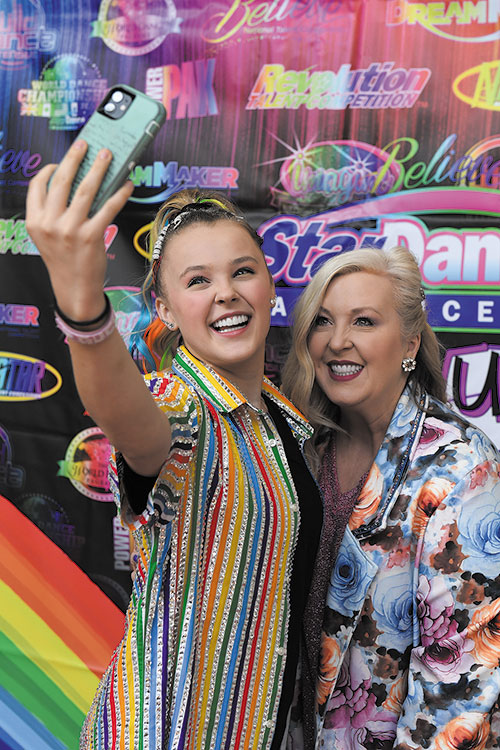 Dallas Voice: How are you bringing diversity and inclusion to Siwas Dance Pop Revolution? JoJo: You know, we wanted to create a girl group that was for everybody, and for everybody in the world to be like, “That one’s like me.” And I think that we have made sure that the kids who are in the girl group, and even the kids on the show, have all been able to have their say and make this exactly what they want it to be.

As somebody who’s representing the queer community on Dancing with the Stars, and now with your own dance show, why do you think LGBTQ representation is important in shows like these? JoJo: I think that something that’s really great about today’s day and age is, being gay or being a part of the LGBTQ community is not only accepted, but it’s also celebrated. And I think that every single day it’s less weird and less not typical. Every day it’s becoming a little bit more normal for everybody.

Growing up in Omaha, Nebraska, which in some people’s mind might be more conservative, was it ever weird for you? What was your experience growing up as a queer person there? JoJo: Growing up, I didn’t know many gay people. I knew a few people on my mom’s side of the family. Her godson is gay, and he was probably one of the first people that I ever knew to be gay. I think being in the dance community, I know of a lot of people there who were gay. It never, ever once for me was wrong. And I think that’s something that you always told me; you were never like, “Oh, that’s weird.”

We are so happy to see you live so unabashedly bold as somebody who is in the queer community, but we also wanna shout out to your mom, and say it’s equally as important to see a parent be as supportive as you are. Jessalyn: Thank you. I think kids just wanna feel love from their parents and be accepted and unconditionally able to be themselves no matter what, and that’s what I always tell JoJo: “I love you no matter what.” And I’ve been saying it for 18 years, and I’ll say it for a hundred more.

Jess, what has it been like for you to see her live so boldly, just completely unabashedly out, loud and proud in such a public way? Jessalyn: You know, I’m so proud of her. I’m so proud of her because she’s so brave. And the world is crazy, and sometimes I’m sure it’s hard to be brave — and it’s hard to be out there and put yourself out there — but she just does it, and she loves it, and she’s happy.

And it’s really cool, and even as someone that’s older than her, it’s inspiring.

JoJo, what’s your life been like since coming out? You have over 12 million YouTube followers, and I imagine that number surged as soon as you made that statement. JoJo: Right away it did — it exploded. And I think it’s a thing that a lot of people may’ve been scared of for me, and I was never scared of it myself. I kind of just did [it] and then, if anything, went bad, then it went bad, and I didn’t care because I was happy. And if I lost everything because of who I love, then so be it.

How aware have you become of the influence that you’re having on LGBTQ youth who may not be comfortable with who they are? JoJo: I think that every kid has a feeling when they’re little, and you know how you feel, and you don’t really know how to make what you’re feeling OK. And I think that having somebody to look to, to be like, “Oh, I’m like they are,” is really special, and I love that I get to be that person for a lot of kids.

What advice might you give to a young queer person who’s really struggling with their sexuality? JoJo: I would say, if you did it a month ago, would you regret it? And depending on the answer, I hope the answer would be no. Because I think sometimes just in the moment it’s scary, but think if you would’ve done it a month ago, would you be OK with it today? And hopefully that answer will be yes. And then I would just say, “So that’s how you’ll feel in one month.”

Dancing with another female partner, Jenna Johnson, on Dancing with the Stars, has meant a lot to a lot of queer youth. What has it meant to you? JoJo: It has meant a lot to me. I think that being paired with another female for the first time ever, first-ever same-sex couple, is such an honor. And I wanna use the word brilliant — it’s so brilliant because love is so accepted and so celebrated that it’s not weird; it’s cool, it’s nice, it’s awesome. And every week Jenna and I are faced with the new challenge of figuring out how to do a new style with two females. But we always get through it, and we always make it out on the other side.

Chris Azzopardi is the editorial director of Pride Source Media Group and Q Syndicate, the national LGBTQ+ wire service. His work has also appeared in The New York Times, Vanity Fair, GQ and Billboard. Reach him via Twitter @chrisazzopardi.