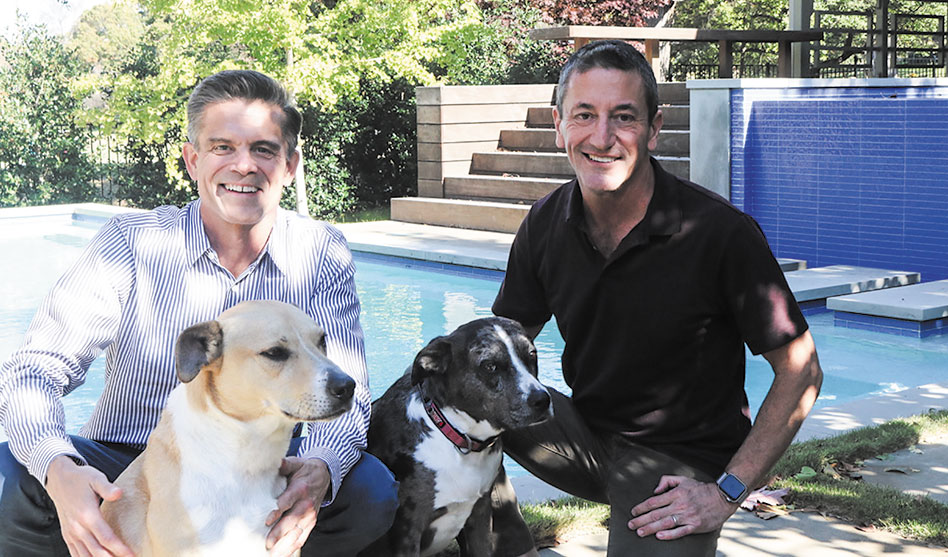 Mark Niermann, left, and Enrique McGregor were honored for their work with GLFD
(David Taffet/Dallas Voice)

Enrique MacGregor and Mark Niermann this week received Southern Methodist University Human Rights Program’s Triumph of the Spirit Award for their work in founding Gay and Lesbian Fund for Dallas more than 20 years ago. The award honors exceptional civic leaders whose efforts toward justice and peace are shining examples of their commitment to human rights. When the event was held earlier this week, it was the fourth time the biennial award was given.

MacGregor and Niermann came to Dallas from Colorado, where the Gay and Lesbian Fund for Colorado granted money to organizations that included nondiscrimination policies in their human resources manuals that included sexual orientation. In exchange for the GLFC donation, the organization would then give the fund naming rights to something visible on their property.

MacGregor explained that the Colorado organization was funded by Tim Gill, who personally committed half a billion dollars to philanthropy. 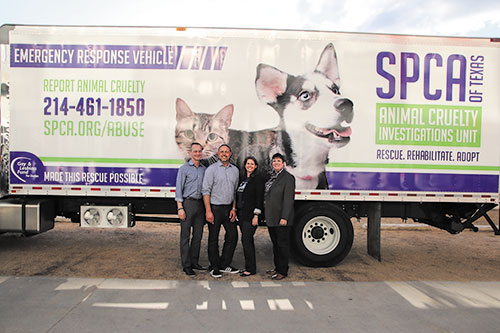 The SPCA rescue vehicle bears the name of GLFD

So when MacGregor and Niermann moved to Dallas, they wanted to make a difference here. But they didn’t personally have Gill’s resources. So they came up with the idea of bundling donations and holding events to raise funds. Thus was born the Gay and Lesbian Fund for Dallas.

For its first project, GLFD raised money for the Latino Cultural Center, setting a goal of $50,000.

The Crow Museum offered its facility for an event. Then, MacGregor said, one thing led to another, and, by the time the evening was over, they had raised $75,000.

Now the sculpture garden at the Latino Cultural Center is named for the Gay and Lesbian Fund for Dallas.

When the Women’s Museum in Fair Park opened, there was lots of lesbian representation among its exhibits — only the word “lesbian” was not to be found anywhere in the museum. MacGregor said for that second fundraising project, GLFD set a goal of $75,000 and raised $100,000, securing naming rights for the orientation theater. So from then until the museum closed a few years later, everyone coming though the door passed through the Gay and Lesbian Fund for Dallas Orientation Theater. 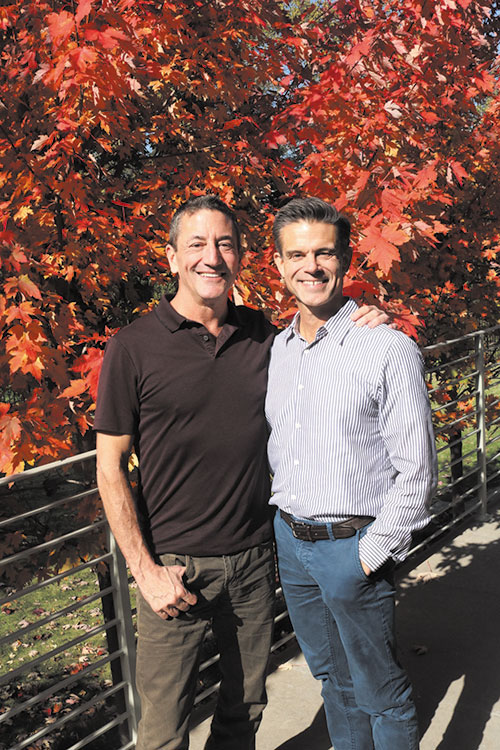 You may remember KERA opening some of its programming with, “The following program is brought to you by a generous grant from the Gay and Lesbian Fund for Dallas.” Niermann said many people he knows were introduced to the organization through those announcements.

But there was a question at first about whether KERA would accept the donation because if the radio station accepted the group’s donation, the station have to use the words “gay and lesbian” on the air.

The first person GLFD representatives approached about the donation said KERA avoided sexual and political references in its sponsorship. Then the president of KERA got involved and gladly welcomed the donation — understanding it came from a group that was non-political and non-sexual.

GLFD was one of the few organizations at the time that used “gay and lesbian” purely for fundraising purposes. MacGregor said a goal of the fund was to “normalize” the terms so that people would hear “gay and lesbian” and think of LGBTQ people as just another group in society, without political or sexual overtones.

Some of the recipients, such as the Trinity River Audubon Center, receive proceeds from a one-time event. Others, such as the Dallas Museum of Art, are on-going beneficiaries of bundled money. On-going donations help fund GLFD sponsorship of special exhibitions at the DMA.

Niermann said an original goal was to show that the LGBTQ community was part of the Dallas community and contributed to make the city a better place for everyone to live. MacGregor added that by seeing the words “gay and lesbian” at the Dallas Children’s Theater, the White Rock YMCA or the SPCA, sex and politics are removed, and all that remains are people from Dallas helping other people from Dallas.

Even SMU has been a recipient of GLFD money. When the new SMU Annette Caldwell Simmons School of Education & Human Development was built, GLFD raised $25,000 — mostly from LGBTQ SMU alums. The lounge outside the dean’s office is named the Gay and Lesbian Fund For Dallas Dean’s Lounge.

But what about that stipulation that non-discrimination policies have to be written into the HR manuals of any recipient? Wasn’t SMU named a most homophobic school by the Princeton Review?

Of those schools named on the list each year, SMU was a glaring exception. SMU already had partner benefits and non-discrimination enshrined in its policies for faculty, staff and students. While students voted to list the school as anti-gay, the administration was working diligently to rid the school of that reputation.

When the Caldwell School of Education opened, David Chard, a gay man, was its dean.

SMU’s Human Rights Program is one of only seven in the U.S. to offer a Bachelor’s in Human Rights. More than 100 courses are offered in the program.

Kristine Schwope, who served with MacGregor on the Dallas City Plan Commission and is an advocate for SMU’s Human Rights Program, called MacGregor and Niermann exceptional honorees.

She said fewer than 15 people have been honored since the inception of the Triumph of the Spirit award, and she said their work to raise funds for the community and bring awareness to LGBTQ issues is exemplary.

MacGregor said seeing his and Niermann’s work with GLFD honored with a Triumph of the Spirit Award is gratifying personally, but it also makes an important statement on a larger scale: The LGBTQ community is part of SMU’s commitment to teaching human rights.

Pam Gerber and Suzanne Slonim were hosts of the event. Gerber said MacGregor and Niermann are always willing to take leadership roles and are not afraid to take risks.

GLFD, Gerber said, not only has made great contributions to the community but has mainstreamed the LGBTQ community. Organizations that wanted to show support of equal rights now show that they’re allies by putting GLFD’s name on their facilities or programs as donors and supporters.

Slonim said GLFD “has a unique model for engaging people.” And MacGregor and Niermann have come up with unique and fresh ideas. After more than 20 years of contributing to the community, “they have a dedication that has not burned out,” she added.

She said the couple not only has a long-lasting and well-developed commitment to supporting the community, they have a unique way of engaging others to support it as well.