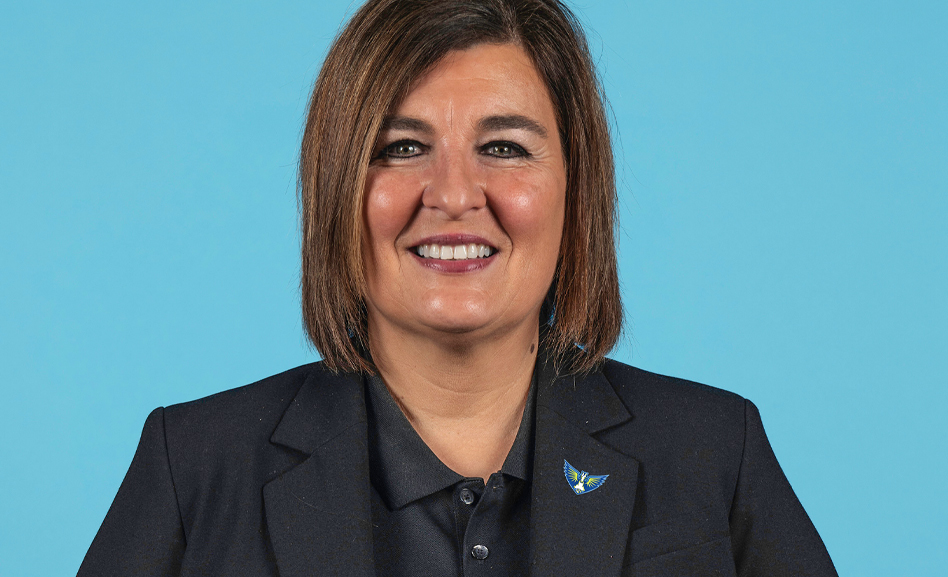 The Dallas Wings President and CEO Greg Bibb announced today (Monday, Nov. 7) that the organization has hired Latricia Trammell as the Wings’ next head coach.

“We are pleased to welcome Latricia Trammell as the head coach of the Dallas Wings,” Bibb in a press release. “Coach Trammell has proven to be a winner at every level of basketball she has coached, including the WNBA. I have long admired the approach Latricia takes with coaching, which includes exhaustive preparation, an emphasis on communication and relationships, and a continual desire to learn and grow her craft.

“I’m excited to watch Latricia lead our talented roster as we continue our on-court growth in pursuit of a WNBA Championship,” he added.

Trammell joins the Wings after spending the previous four seasons with the Los Angeles Sparks. Tasked primarily with overseeing the defense, Trammell was part of a staff that led a top-three defensive net rating for three consecutive years, from 2019 to 2021.

Over the past four seasons, Los Angeles also saw four players named to the WNBA All-Defensive teams, including the 2020 WNBA Defensive Player of the Year in Candace Parker. Prior to her stint in LA, Trammell spent one season as an assistant coach with the San Antonio Stars in 2017.

Trammell said, “I’m thrilled to be joining the Dallas Wings and I am honored and excited to lead this talented roster. I’d like to thank Greg Bibb and Bill Cameron for their belief in me.

“The investment by this ownership group in the success of the Wings, both on and off the court, is incredibly impressive,” Trammell continued. “I believe my coaching experiences at every level have prepared me for this opportunity, and I can’t wait to get to work on behalf of this team, these loyal fans and the entire North Texas community.”

In her nearly 30 years of experience as a coach, Trammell has amassed a career head coaching record of 255-131 between the collegiate and high school ranks. She spent three seasons at the helm of Oklahoma City University, where the team won back-to-back NAIA National Championships in 2014 and 2015. Trammell was named NAIA Coach of the Year both seasons. Trammell recorded a record of 85-10 over the course of her time at OKCU.

Prior to her time at Oklahoma City, she spent five seasons at Western State in University in Colorado and ranks third all-time in wins in the history of the program.

Prior to joining the collegiate ranks, Trammel spent six years coaching high school girls’ basketball in Texas and Oklahoma, with a 105-45 record.

Trammell is a native of Claremore, Okla., where she was a star at Seminole High School, setting a state record for most points in a single game — 46 — and recording 15 games of 40 or more points enroute to multiple all-conference, all-region and all-state honors.