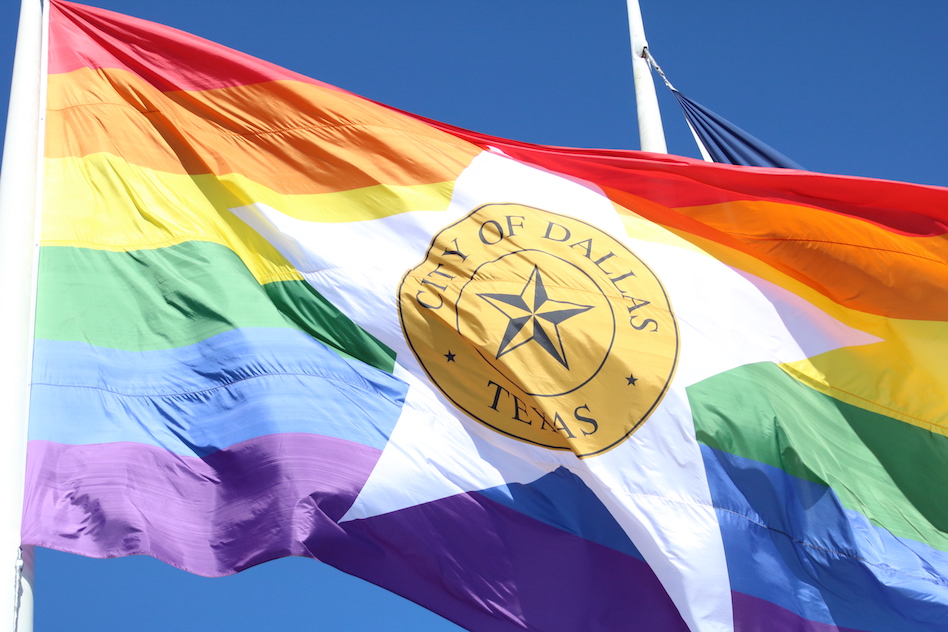 Dallas Mayor Pro Tem Adam Medrano flanked by other elected officials raised the new City of Dallas Pride flag on Thursday, June 18. The Dallas City Council approved the new flag at a special meeting held before the regular city council meeting on Wednesday. Dallas becomes the only city with a specially designed Pride flag. At its meeting, the council ordered the flag to be flown from the flag pole on City Hall Plaza for the rest of this month and throughout every June thereafter.

The flag was designed by Tracy Nanthavongsa. The council approved his design unanimously. The flag that was raised was purchased through donations.

Before raising the flag, Medrano read the mayor’s proclamation.

Councilman Omar Narvaez said flying a Pride flag on the plaza was a goal of his since he joined the Mayor’s LGBT Task Force years ago.

“What happens in Dallas changes the world,” he said.

The third speaker was the third member of the City Council LGBT Caucus, Chad West.

Other elected officials attending included Justice of the Peace Sara Martinez and County Commissioner Theresa Daniel and about half of the city council. City Manager T.C. Broadnax was on hand as well.

Medrano said he wanted music at the event, but there’s no electricity on the plaza. About 30 minutes after mentioning it to his staff yesterday, the received a call from the parents of 11-year-old DJ Austinb7. They said they were self-contained in their truck and happy to do the music. While the flag was hoisted, DJ Austinb7 played “Born This Way.” 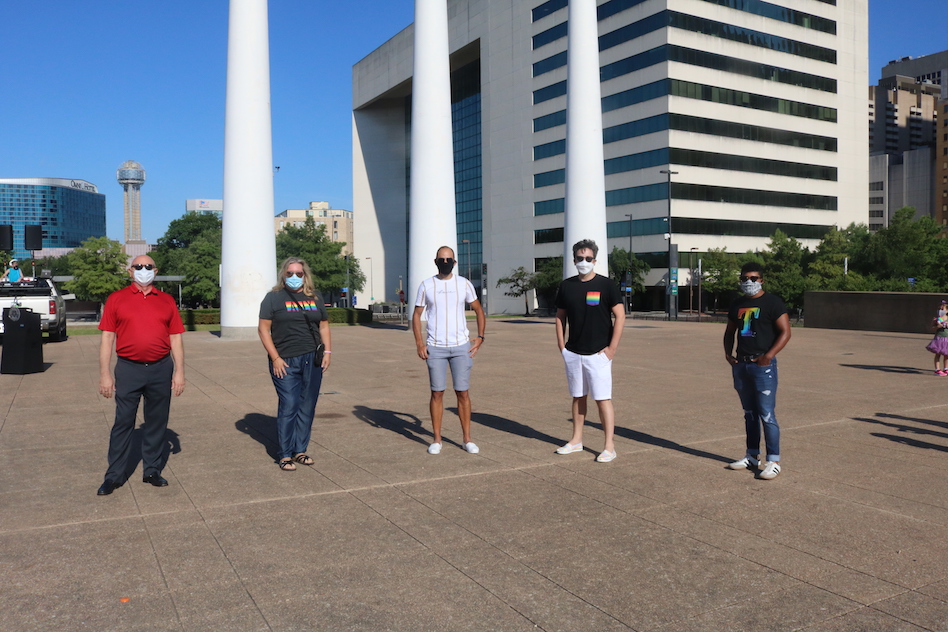 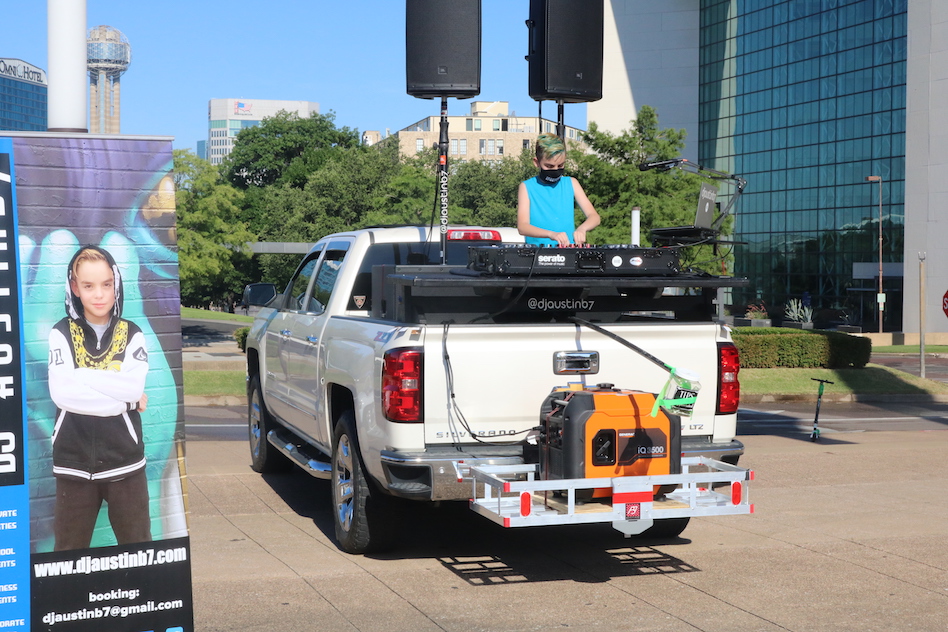 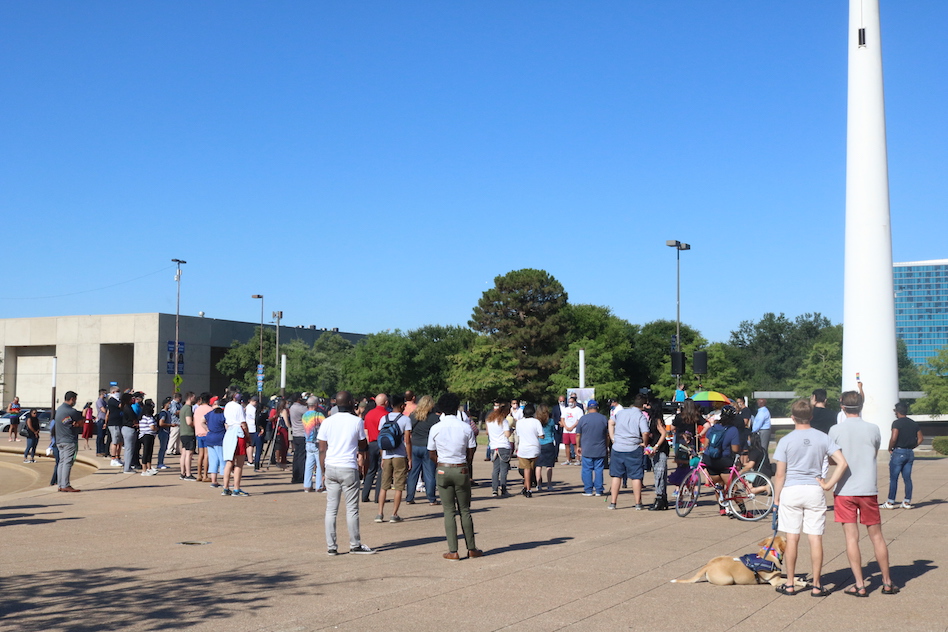 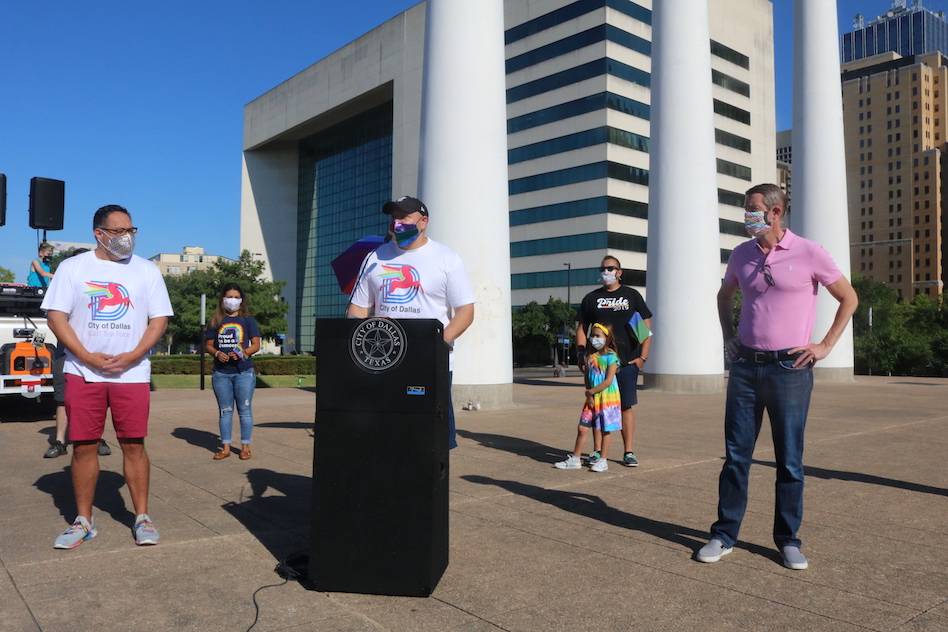 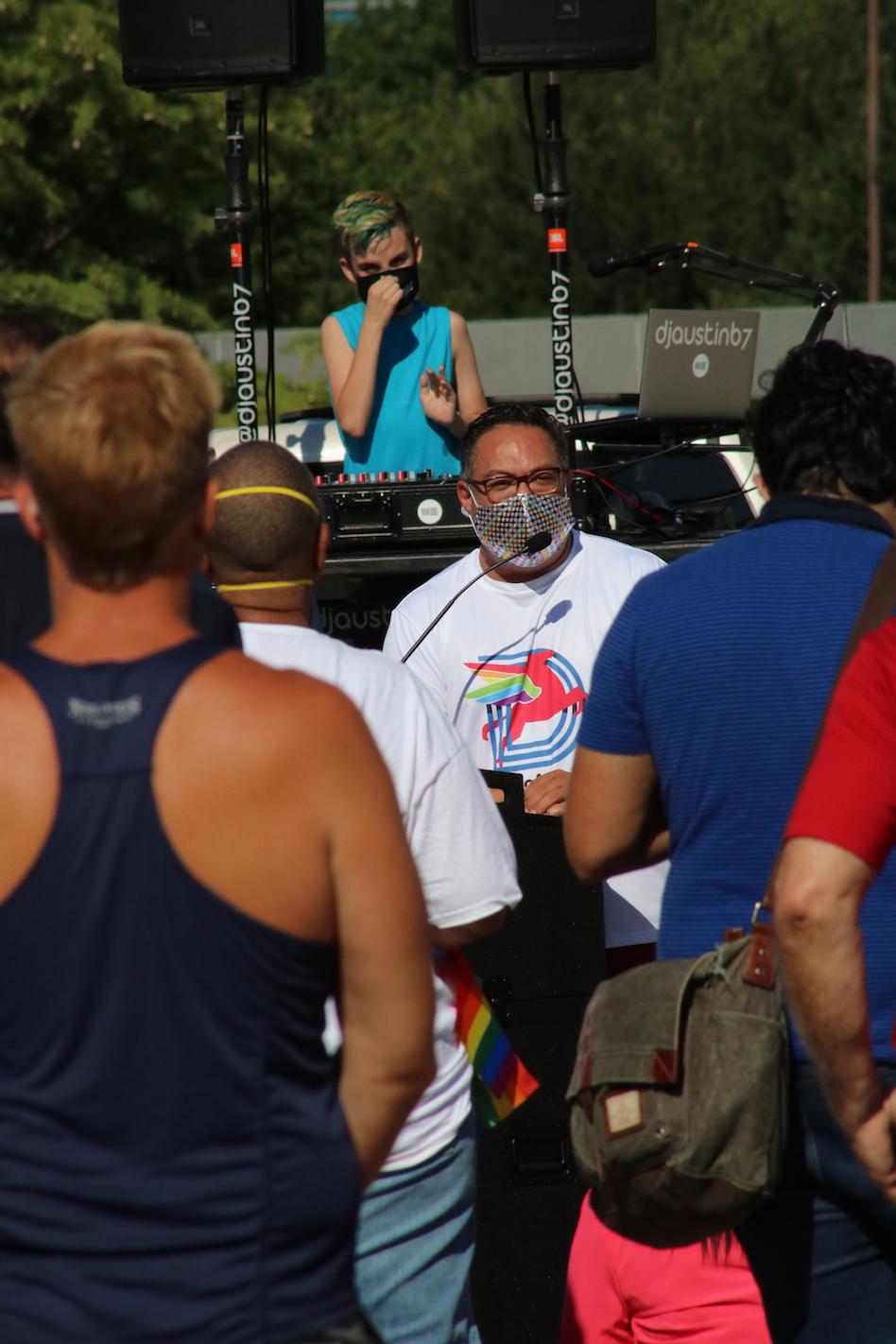 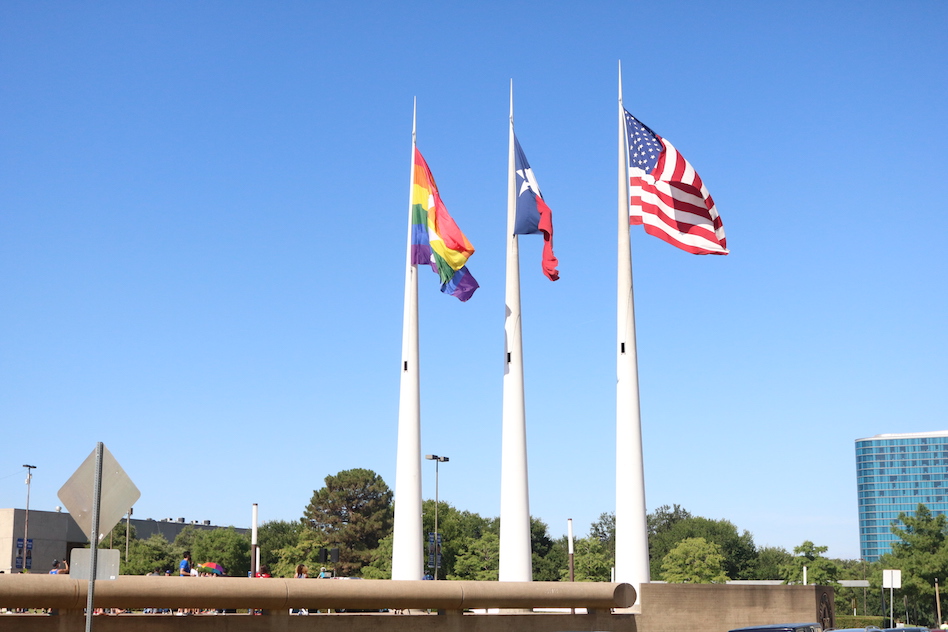