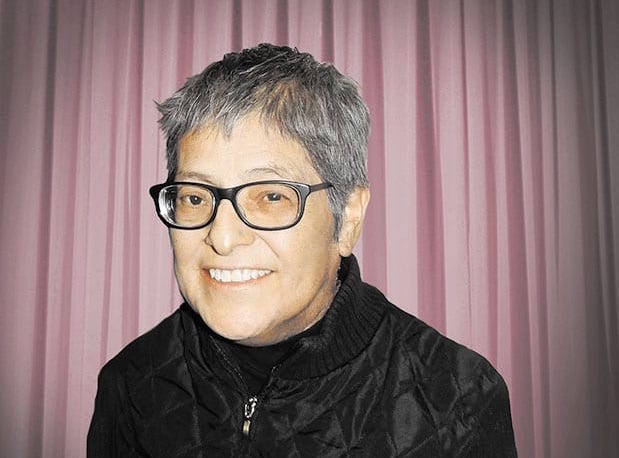 This is the first sign topper for a Latina and the first for a lesbian. Earlier this year, a sign topper was dedicated to Don Maison, the longtime CEO of AIDS Services Dallas.

Lopez was a West Dallas community housing advocate. She moved to Dallas in 1991 with experience in housing. By the next year, she had founded and became executive director of Vecinos Unidos, a community housing development corporation that developed 57 brick homes in the Los Altos neighborhood in West Dallas. The project was completed in 2001.

She co-founded Lesbianas Latinas de Dallas, the first lesbian organization for Latinas in Texas, and was a founder of Rainbow LULAC 4871, the first LGBTQ LULAC organization in the country. That group started a scholarship in her name.

Lopez served on the boards of the West Dallas Chamber of Commerce, the North Dallas Housing Coalition and more.

For more on her legacy, see a story written for Dallas Voice by Jesus Chairez at the time of her death.