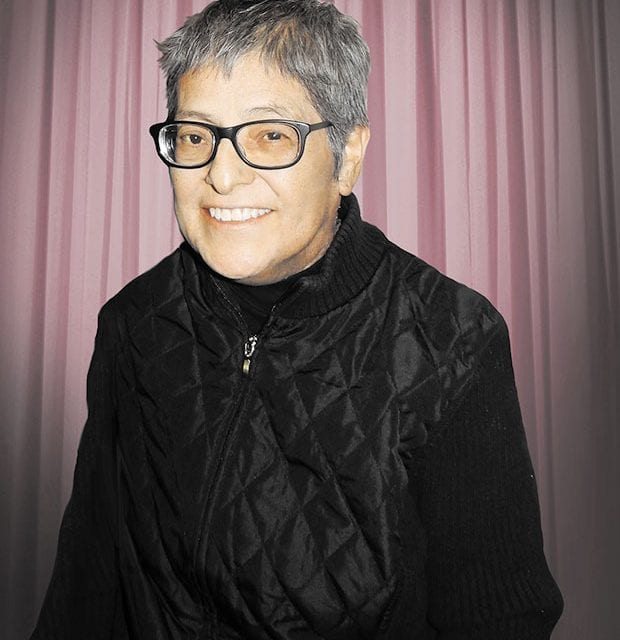 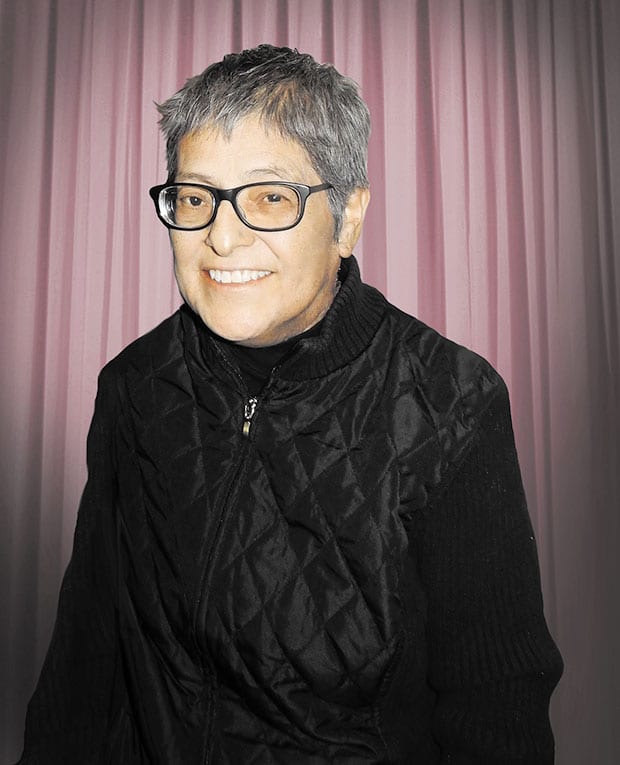 LULAC 4871 — The Dallas Rainbow Council will hold a community memorial service for and tribute to Rosa Lopez on Sunday, Feb. 26, from 6-7 p.m., at the Interfaith Peace Chapel, 5910 Cedar Springs Road in Dallas.

Rosa’s family has requested that, in lieu of flowers, donations be made in Rosa’s name to LULAC 4871’s Jesus Chairez & Rosa Lopez Scholarship Fund. LULAC 4871 President Alex Treviño said contributions can be mailed to LULAC Rainbow, P.O. Box 192336, Dallas, Texas 75210. Make checks payable to LULAC 4871, and make sure to note on the memo line that your contribution is for scholarship fund in memory of Rosa.

LULAC also has a PayPal account and contributions may also be made online at Paypal.me/lulacrainbow.

Dallas’ iconic lesbian Latina, chicana, feminist and community activist Rosa Erlinda Lopez — lovingly known simply as Rosa — lost her long and courageous battle with Hodgkin’s lymphoma on Tuesday morning, Feb. 21, 2017. Rosa died surrounded by loving family and friends in her hometown of Moline, Ill., having left Dallas on Wednesday, Feb. 15, to be with her family there.

Rosa’s cancer had been in remission for years. “But it recently returned and [more] fierce this time,” according to her niece, Angie Moore of Moline.

Rosa grew up  as the third eldest child in a family of two sons and eight daughters. She worked at the nonprofit housing organization Housing Assistance Center of the Niagara Frontier, Inc. in Buffalo, N.Y.  But when that organization failed due to a lack of funding, she decided to move to Dallas. She said she moved here because both her parents were born in Dallas, and because she wanted to be close her Latino culture and heritage. She also felt living in Dallas would give her easier access México.

Rosa arrived in Dallas in 1991, and by 1992 she had founded and was serving as executive director of Vecinos Unidos Inc., a West Dallas nonprofit that provides homes to residents of that low-income community. Rosa was dedicated to West Dallas and also served on the board of the West Dallas Chamber of Commerce for two years.

In 1995, Rosa and some of her friends founded Dallas’ first lesbian Latina group — Lesbianas Latinas de Dallas. LLDD’s mission was “to serve as a resource and support organization, for the purpose of educational, emotional, political and social advancement of lesbianas Latinas.”

I first met Rosa through her work with LLDD, and I made sure she and others in the organization knew they always had an open door to come on my weekly LGBT Latino radio program on KNON, Sin Fronteras, to discuss issues of concern and events happening in the community. Because of Rosa’s addictive smile and personality, we quickly became friends.

LLDD disbanded after two years but Rosa certainly didn’t retire from civic life. While she continued to work “a normal job” during the day, by night and weekends she was a community volunteer and a civic leader, putting her time and effort into making Dallas a better place for all.

She was one of the pioneering businesspeople who helped make the Bishop Arts District what it is today by opening her ice cream parlor, Suenos Sabrosos (Sweet Dreams), there. It was a loving place that felt like home to many and where people in the community people came to enjoy sweet treats and talk to Rosa, who always had a sympathetic ear for their concerns.

Suenos Sabrosos was so popular that Dallas Observer gave Rosa the award for Best Cultural Dessert in the magazine’s 2005 “Best Of Dallas” issue. But Rosas closed the ice cream parlor after many years of hard work so she could dedicate more time to her health and concentrate on her civic work in West Dallas.

Mary Velez, who walked into Suenos Sabrosos for some ice cream one day and left as a future board member (and eventually, board chair) of Vecinos Unidos, said that through that organization, Rosa “inspired each homeowner to be outstanding citizens of their West Dallas community.” She said Rosa  was “involved in voter registration, in workshops on the Affordable Care Act and community gardening.” She also recalled that at Vecinos Unidos offices, Rosa kept a Mexican ice cream cart full of free books, which she called “Helado (Cool) Stories.” It was her way of promoting literacy among the residents of West Dallas.

Juan C. Contreras, a past president of LULAC 4871, told me that Rosa “was truly a fighter, a role model, and above all, a friend. During my years at LULAC Council 4871, she was awarded the ‘Se Presta’ (She Lends), an award honoring a community leader who has partnered with [LULAC 4871] to make a difference.”

Contreras was instrumental in honoring Rosa by having her name added to LULAC 4871 scholarship fund in 2014, which then became the “Jesus Chairez & Rosa Lopez Scholarship Fund.” It is an honor to me to share that honor with her.

West Dallas, the Dallas Latino community in general and the Dallas LGBT community has lost a one-of-a-kind leader with Rosa Lopez’s death. Let us honor her memory and her contributions by keeping her dream alive.

Jesus Chairez is a former Dallasite now living in Mexico City. He was a producer and host of North Texas first bilingual LGBT Latino radio show, Sin Fronteras, on KNON 89.3 FM, from July 1993 to July 2005. Chairez is author Queer Brown Voices, a collection of personal narratives of Latina/o activism. Chairez is a freelance writer and can be reached at Facebook.com/JesusChairez.

This article appeared in the Dallas Voice print edition February, 24, 2017.