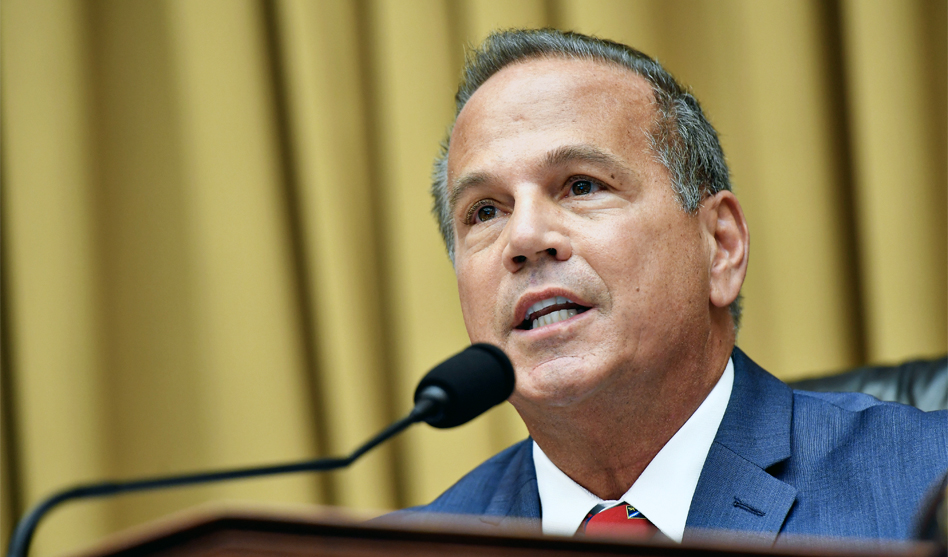 UPDATE: The U.S. House of Representatives has passed The Equality Act in a vote on Thursday afternoon, Feb. 25. Watch for an updated story here soon.

ORIGINAL POST: The U.S. House of Representatives is expected to vote on The Equality Act, legislation which would provide protection from discrimination based on sexual orientation and gender identity in employment, housing, credit, education, public spaces, public funding and jury service after Rep. David Cicilline, a gay Democrat from Rhode Island, re-introduced the bill today (Thursday, Feb. 18) in the House. Three Democratic senators — Jeff Merkley of Oregon, Cory Booker of New Jersey and, the first open lesbian elected to the Senate, Tammy Baldwin of Wisconsin — announced today that they will be re-introducing The Equality Act in the Senate next week when the Senate floor re-opens for the introduction of new bills.

The Equality Act passed the House of Representatives in 2019 but stalled in the then-GOP-controlled Senate. This time around, with both the House and the Senate under Democratic control, it’s chances of passing Congress are much better. And President Joe Biden promised during his campaign that he would sign the bill into law within the first 100 days of his presidency.

Cicilline, who has introduced The Equality Act every year for the last six years, said in a statement, “In 2021, every American should be treated with respect and dignity. Yet, in most states, LGBTQ people can be discriminated against because of who they are, or who they love. It is past time for that to change.”

Kevin Jennings, CEO of Lambda Legal, praised the re-introduction of the legislation, noting that passage of the bill coupled with Biden’s executive order implementing the Supreme Court’s Bostock v. Clayton County ruling in all federal laws banning discrimination based on sex means “we can see true equality on the horizon. And it can’t happen soon enough: the LGBTQ community has been asking Congress for protections since Reps. Bella Abzug and Ed Koch first introduced the Equality Act of 1974, 47 years ago, and nearly 50 years of waiting is long enough.”

Jennings continued, “LGBTQ people across the country remain vulnerable to discrimination on a daily basis and too often have little recourse. Without comprehensive federal protections, the basic rights of LGBTQ people vary state to state. In some instances, individuals lose rights and protections the moment they cross the border into a neighboring state, underscoring that the current patchwork of protections for LGBTQ people is inadequate. In addition, as evidenced by the thousands of phone calls to our Help Desk we receive each year, many employers, landlords and lenders still haven’t gotten the message that discrimination is just wrong, which is why we need the absolute clarity of the Equality Act, and we need it now.”

The Equality Federation said in a statement, “Although 21 states and more than 330 cities have passed LGBTQ nondiscrimination protections, half of LGBTQ people live in states that still lack express, comprehensive statewide laws. As organizations working in the states and cities that LGBTQ people call home, our members know this patchwork of protections is unsustainable and leaves too many people behind. The Equality Act will immeasurably improve the day-to-day lives of LGBTQ community members in every zip code and bring the nation closer to its promise of liberty and justice for all. As the strategic partner to state-based organizations, we commit to doing our part to ensure the public’s demand for passage of the Equality Act is heard all across the country.”

Kierra Johnson, executive director of the National LGBTQ Task Force, noting that The Equality Act “has broad and deep support across lines of political parties, demographics and geography … with over 80 percent of Americans supporting LGBTQ nondiscrimination protections,” called on “every single House member and Senator to vote for it.”

“For decades, our national government has wrongly denied full and lasting federal civil rights protections to LGBTQ people. Yet every federal elected official knows that the patchwork of state laws, court decisions and administrative efforts are inadequate to protect us, vulnerable to political whims,” Johnson continued. “It is time for our Federal government, now with the support of the Biden-Harris administration, to pass the Equality Act and have it signed into law. Discrimination is a real problem for real people. The Equality Act is the solution.”