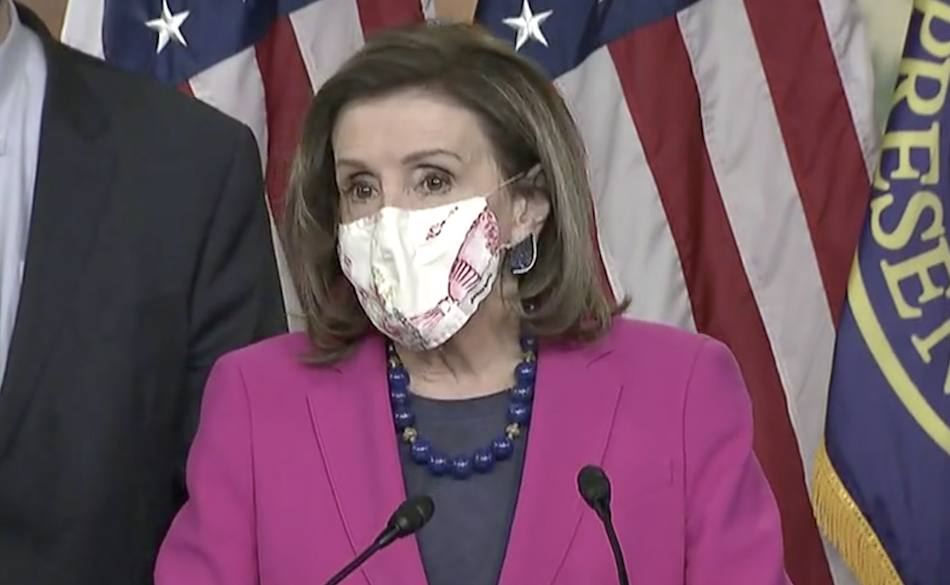 Speaker of the House Nancy Pelosi addresses media at a press conference discussing the Equality Act.

Three Republicans voted with all the Democrats in the U.S. House today (Thursday, Feb. 24) to pass the Equality Act on a tally of 224-204. The bill is one President Joe Biden said he wanted to sign in his first 100 days in office. For it to get to the president’s desk, it still needs to pass the Senate.

The three Republicans voting with 221 Democrats are Reps. John Katko and Tom Reed of New York and Brian Fitzpatrick of Pennsylvania.

The law amends the Civil Rights Act of 1964 and other civil rights legislation to include sex, gender identity and sexual orientation in its protected classes. In addition to protection from workplace discrimination, the law would protect LGBTQ people from discrimination in housing and public accommodation.

When Rep David Cicilline. D-R.I., introduced the bill, he said, “every American deserves respect and dignity.”

A version of the bill passed the House in 2019 but then wasn’t brought to a vote in the Senate.

Senate Majority Leader Chuck Schumer, D-N.Y., has promised a vote on the bill in the closely divided Senate. Although the bill should receive a majority in the Senate, passage may require 60 votes.

Sen. Mitt Romney, R-Utah, has expressed objections to the bill on religious grounds. Sen. Susan Collins, R-Maine, who sponsored the bill in the past, has withdrawn her support this year.