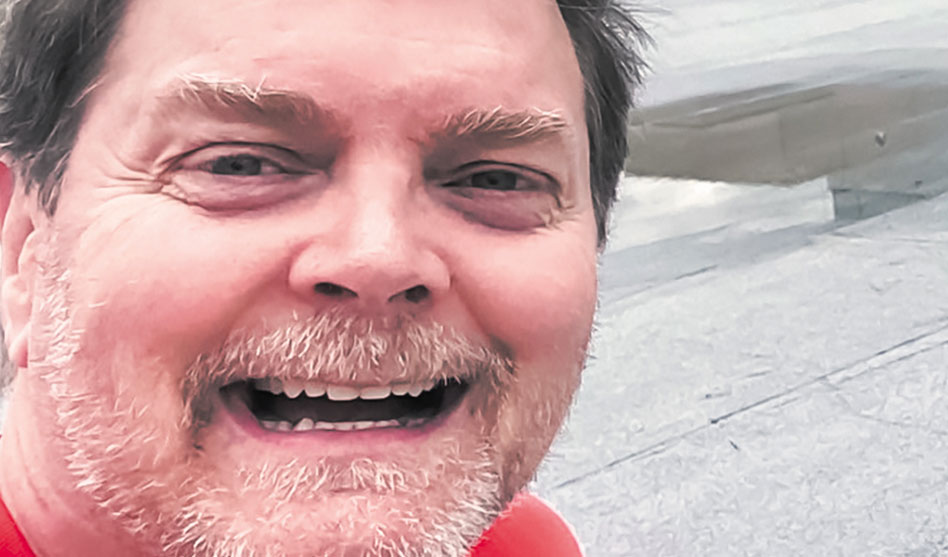 I thought the main sign of Alzheimer’s Disease was simply loss of memory and inability to recognize those around them. But my father had Alzheimer’s, and he knew who I was until the morning he died.

I noticed something was wrong one day as we were driving from his home in Delray Beach, Fla., toward I-95 to go to Miami Beach, about 60 miles south. As we got on the interstate, my father got more nervous, and when we left Palm Beach County and entered Broward, he was almost in a panic. But once we were in Dade County, he started calming down.

As we crossed the causeway into Miami Beach, he was able to give me accurate directions to the building his mother lived in during the 1960s, a building he hadn’t seen since.

On another outing, he directed me to a Hungarian restaurant in Fort Lauderdale that he hadn’t been to in 50 years. The directions were accurate down to how many traffic lights before making a turn into the parking lot and where the entrance was.

Once inside, he spoke to the waiters and ordered for us in fluent Hungarian, the language his family spoke at home in New Jersey until about the time he was about six.

Earlier that day, we had been to the Hard Rock Casino on the Seminole Reservation. He kept winning at the slot machines, but he kept walking off from the machines before taking his winnings. My pockets were becoming filled with coins as I chased behind him.

Taking Care of Our Own is an LGBTQ caregiver conference that Coalition for Aging LGBT is presenting in partnership with the Alzheimer’s Association the morning of Feb. 12.

Speakers will give information about Alzheimer’s Disease and dementia and its impact on the LGBTQ community and will offer a number of resources available to the community. For eldercare professionals, a breakout session will be offered on cultural competency. Social workers and licensed professional counselors may receive 3.0 CEUs.

Rob Emery, one of the organizers and speakers at the conference, called eldercare an LGBTQ issue. Often, he said, care for an elderly parent is left to the LGBTQ child who is seen as the sibling without their own children to care for and therefore the one most able to provide care for their parents. Anecdotally, that even happens in families where the parents rejected their gay, lesbian or transgender child.

But Emery said he thinks there’s another reason: LGBTQ people are compassionate and caring people. When we are rejected by our own families, we learn to form our own families of choice and care for each other. And that was never so true as during the AIDS crisis.

In assisted living facilities and nursing homes, LGBTQ people are often forced to go back into the closet to protect themselves from bullying, neglect or abuse. Emery said that’s why CFA LGBT’s work with senior living facilities is so important. If they’re not interested in caring for LGBTQ people, the community needs to know that. If a facility wants to provide care for LGBTQ seniors and is working with the coalition to offer socially relevant programming, that’s important information to know as well.

Emery said he thinks memory care facilities come under their own category. People who work in those homes are used to hearing just about anything, so when an LGBTQ person’s filter is gone, and it isn’t possible for them to mask who they are, there are rarely repercussions.

Identifying Alzheimer’s is difficult. There’s still no test to see if you have it. Progress has been made in knowing what causes it — a plaque buildup in the brain that causes the loss of memory and variety of behaviors. But that plaque can only be found during an autopsy.

So knowing the variety of symptoms is important in diagnosing Alzheimer’s. But then knowing what you can do for a parent, relative or friend is also important.

The week I decided, along with my father’s doctor, that my father could no longer drive or live alone was one of the most difficult times in my life. I was able to give my father a choice — either try the memory care facility or come live with me in

Dallas. He wanted to stay in Florida and decided to give the place we found a try.

At the time, I didn’t know others going through the same thing, which made it more difficult. Not only was I taking his car and home from him, but I had to take away his mail. He couldn’t distinguish between a bill and a solicitation, which is how we became members of the Audubon Society and NRA one week, but his mortgage remained unpaid.

While CFA’s conference offers information anyone may use, LGBTQ people with elderly parents will find the information valuable. And the coalition offers a valuable service — that you don’t have to go through the experience alone.