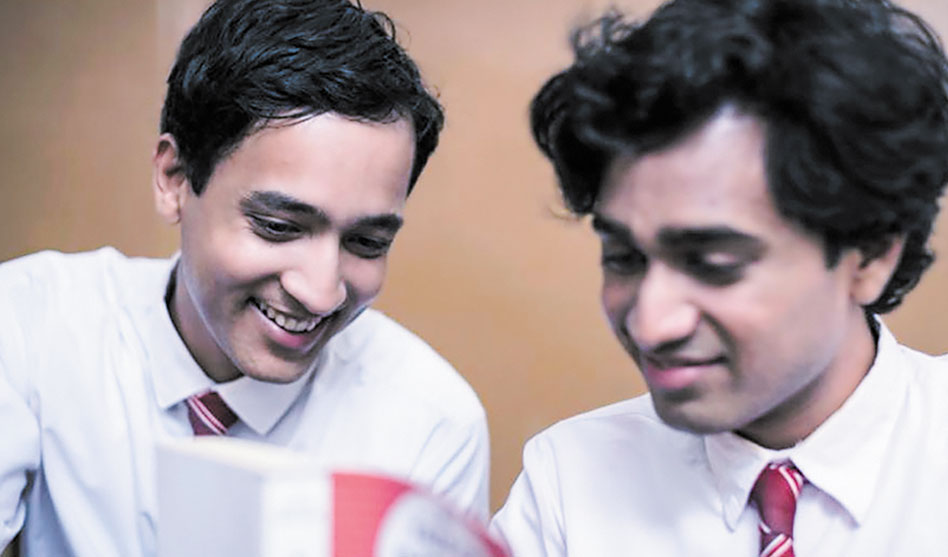 Brandon Ingram as Arjie and Rehan Mudannayake as Shehan in Funny boy.

Set in Colombo, Sri Lanka, during the mid-1970s and early 1980s, especially turbulent years leading up to the beginning of the civil war between the Tamils and the Sinhalese that lasted for 26 years, Funny Boy is timely for a variety of reasons. At a time when tensions are particularly high here in the U.S., with our own civil war seemingly looming daily, Funny Boy serves as a kind of warning. Equally important is the central theme of sexuality and acceptance that propels the story.

When we first encounter 8-year-old Tamil boy Arjie (Arush Nand), he is dressed as a bride, and his sister Sonali (Araina Nand) is dressed as a bridegroom. They are having a play wedding with cousins and friends. But the fun is short-lived when the adults, including Arjie’s concerned father Chelva (Ali Kazmi) and seemingly less upset mother Nalini (Nimmi Harasgama), get involved.

When a relative tells Chelva that Arjie is a “funny boy” he is visibly disturbed. Chelva has pinned all of his hopes on his older, more athletically inclined son Diggy (Avlok Wignaraja).

Fortunately for Arjie, he has cool and worldly Aunt Radha (Agam Darshi), his father’s sister, for support and encouragement.

She takes Arjie to an audition for a local stage production of The King & I, and he gets a part. Meanwhile, Radha, who has been promised in an arranged marriage to Toronto-based Rajan (Kanishka Ranabahu) begins a relationship with cast member Anil (Ruvin DeSilva), whose family is Sinhalese.

The reaction of Radha’s family members, including the matriarch (Seema Biswas), is an indication of the troubles to come. When Radha is seriously injured in a Sinhalese attack on a train it’s clear that things are only going to get worse.

By the movie’s early 1980s midpoint, teenage Arjie (Brandon Ingram) is enrolled in high school. It is there that he meets Sinhalese Oscar Wilde-quoting classmate Shehan (Rehan Mudannayake). Before long, the teens realize that they have many things in common, including being queer as well as a mutual attraction.

Around the same time, Jegan (Shivantha Wijesinha), the son of a family friend who is involved in the revolutionary Tamil Tigers movement, has been sent to work for Chelva at the beachfront hotel he owns. It is through Jegan that we continue to see the deadly cultural divide become even more dangerous.

The dramatic tensions of the story continue to mount. Arjie and Shehan are caught in a compromising position by Chelva. Jegan is arrested as part of the Prevention of Terrorism Act. Chelva and Nalini’s marriage is straining under the pressures. Mobs of Sinhalese attack Tamils on the streets and raid their homes.

As previously stated, the timing of the release of Funny Boy couldn’t be better than at this particular moment. If people are able to overlook some of the issues, including the lack of Tamil actors among the cast members and issues with the language spoken on screen, Funny Boy is still worth seeing for its various messages of understanding.