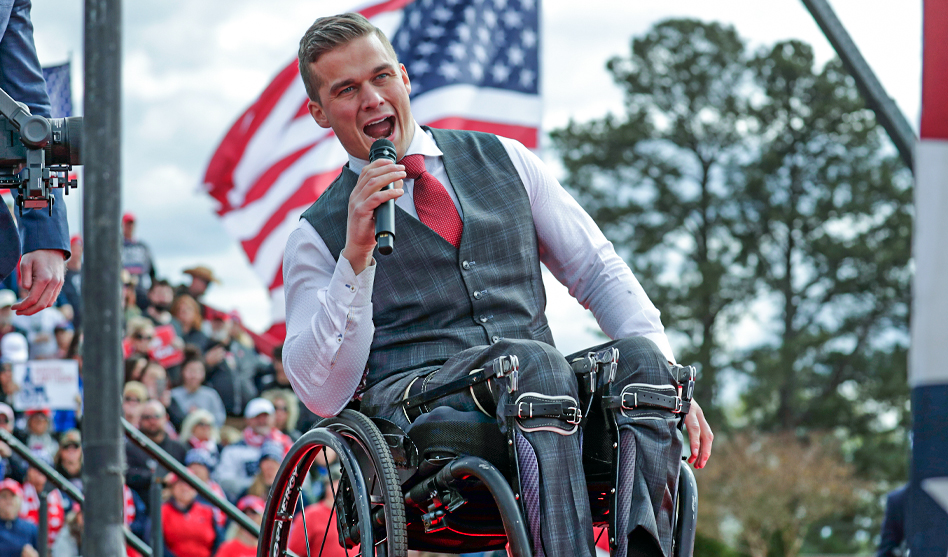 Madison Cawthorne, the anti-LGBTQ 26-year-old who has represented North Carolina in the U.S. House of Representatives since winning election in November 2020, has fallen short in his bid to be re-elected, losing to North Carolina state Sen. Chuck Edwards in the Republican Primary today (Tuesday, May 17).

Cawthorn, who was backed by Donald Trump, called Edwards earlier in the evening to concede. At 10:31 p.m. eastern, Cawthorn tweeted congratulations to Edwards, adding, “It’s time for NC-11 GOP to rally behind the Republican ticket to defeat the Democrats’ nominee this November.”

Cawthorn has been plagued by scandal after scandal in recent weeks, some of them of his own making. He was stopped in February 2021 by airport security in Asheville, N.C., for trying to board a plane with a loaded gun in his carry-on bag, and then again in Charlotte, N.C., last month for the same thing.

Cawthorn has been stopped numerous times on traffic violations — in October 2021 and January 2022 for speeding and in March for an expired license tag. The state trooper who stopped him in March also informed him that his driver’s license had been revoked and took the license from him.

In recent weeks, a political action committee called the American Muckrakers PAC that was created specifically to try and get Cawthorn out of office — the group’s website is FireMadison.com — leaked photos of him wearing what appeared to be women’s lingerie and holding a drink, and then leaked a video of Cawthorn and one of his male aides — who also happens to be his cousin — talking about sex in a car while the cousin reaches over and touches Cawthorn’s crotch.

Days later another video surfaced of Cawthorn naked in bed with his cousin, aggressively humping the cousin’s face while at least one other person — not seen on camera — films them, laughing and urging Cawthorn to “stick it in his face.” American Muckrakers suggested they had much racier videos in their possession but that they could not release them because doing so would violate North Carolina pornography laws.

American Muckrakers celebrated Cawthorn’s loss tonight with a giant headline on their website declaring, “CAWTHORN IS FIRED! LOSES BY NARROW MARGIN! WE ALL WIN.”