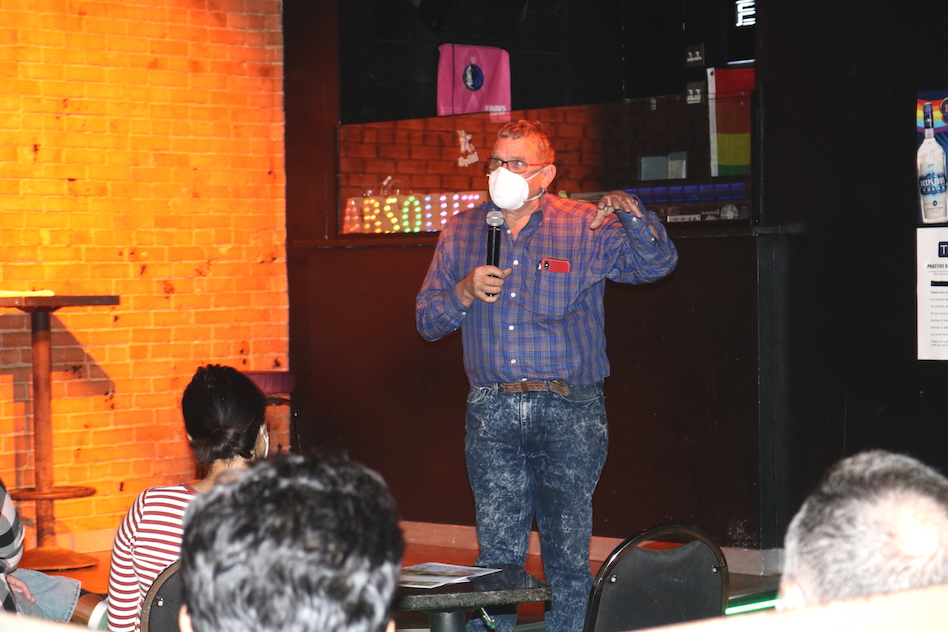 Ed Oakley represented Caven Enterprises at a community meeting on Wednesday, Nov. 18 to discuss development on its 3 1/2 acres of property along Cedar Springs Road. About 50 people attended the meeting.

Other concerns involved traffic from the buildings and blocked streets and deliveries during construction. Oakley said some of that would be alleviated by using the 200-car lot during the day to offload construction material. He compared the project to what’s going on at the former Office Depot lot a few blocks away where construction stretches to the edges of the property and two lanes are blocked. He said that should be much less of a problem at this construction site because of the additional property.

Oakley discussed the timeline and said the next step in the project is talking with the Oak Lawn Committee and then taking the project to the zoning board. The projection is for the pocket park and first building to be open sometime in 2024.

As plans are finalized and the project progresses, Oakley said he expects to schedule further meetings with the public.