Hello, everybody. I was having a discussion with an acquaintance recently, and she told me she loves to read my column here in Dallas Voice. She then proceeded to tell me which articles she liked the most. According to her and a few others that were standing nearby, they like my old-school drag stories the most. So I thought it would be fun to tell you all about a few times I was a dick, either intentionally or unintentionally.

Our first story takes place years and years ago when I was first starting out in drag. Every week I would enter Donna Day’s talent night in the old Rose Room. Back then they put the sign-up sheet at the front door. Whoever signed up first went on last, last to sign up went on first. You wanted to go as close to last in the lineup as possible, because then you were fresh on the crowd’s mind when they picked the winner by the loudest applause. 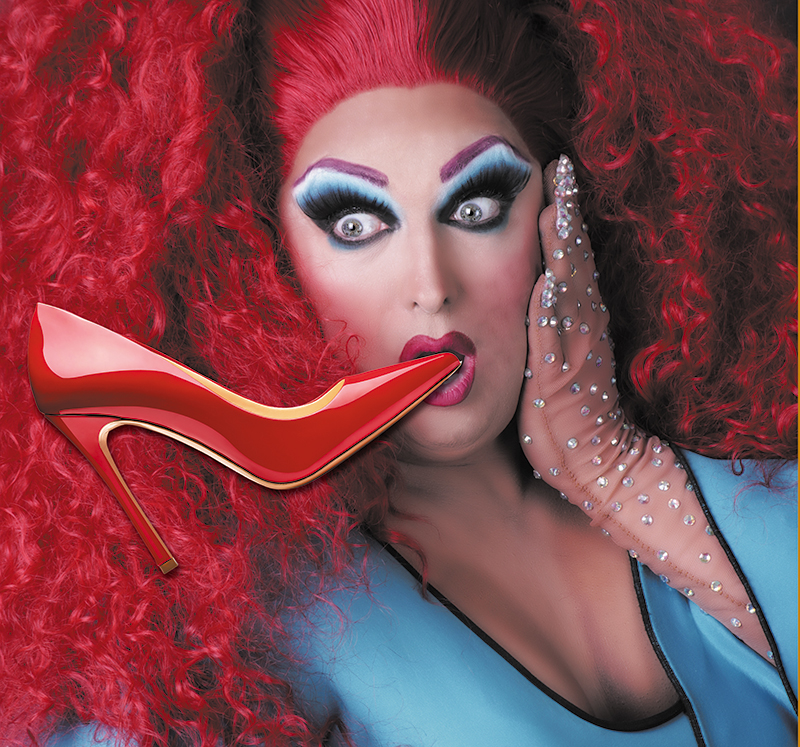 The old Village Station (now Station 4) opened at 9 p.m., so if you wanted to go last you had to be there when they opened. I would always get there about 8:45 p.m. waiting for them to unlock the door so I could be first to sign up.

One night I was there in line when another little newbie drag boy came and stood in line with me. We chatted for a while, and she told me her drag name was Ivana Tramp. (Hilarious by the way.) I asked her what song he was going to do, and she cheerfully said, “‘Cool Rider’ from Grease 2!” My face cracked— I was going to do “Cool Rider” from Grease 2. What were the chances, both of us doing the same song, and with the way they did the lineup, her doing her version right before me. This is where I was a dick! I told her, “Oh noooo, they won’t let you do that song since I will be turning it in first. They won’t let you. Oooh that sucks… Do you have another song you can do?”

For the record, there were countless times when girls would turn in the same song; it wasn’t forbidden. I remember one night hearing Whitney Houston’s “I Will Always Love You” seven times. I was just hoping that since Ivana was really new to drag, she wouldn’t know I was lying. She didn’t… but she looked kind of heartbroken. I felt like a complete dick, so I asked her if she wanted to come over to my place and go through my cassettes and CDs to see if there was something else she wanted to do.

She said yes. So after we signed up, we ran back to my little efficiency a few blocks away to finish getting ready.

Ivana spent at least 30 minutes trying to find a song she wanted to do but wasn’t happy with anything I had. She eventually said that she had always wanted to do Tina Turner and had the cassette in her car but she was scared — Tina Turner is so iconic, and she wanted to do the diva justice. I was like, “Oh my gawd, you should totally do Tina. I bet you will kill it. Come on, do Tina.” I was just trying to lessen my guilt, but eventually Ivana actually got really excited about doing Tina Turner.

The show that night was fabulous! I won, and I think Ivana got third. She, in fact, killed it and actually made a great career out of impersonating Tina Turner. You’re welcome, Ivana — if I hadn’t lied to you, who knows? Maybe you would never have done Tina. Just kidding… I was a complete asshole that night and I want to apologize to her for the lie but not for the outcome.

We became good friends and have always supported each other in our careers. I love me some Ivana Tramp.

My favorite part of this story happened about 10 years later. Ivana told me that she had a video from that night. She had friends in the audience who captured her first time in drag. She let me borrow the VHS tape, and I couldn’t wait to watch it. They didn’t film my performance, but did record the judging at the end. The video showed me in my “Cool Rider” costume: a patent leather bodysuit, patent leather chaps, super high heels that I could barely walk in and a hideous blonde wig. And as the crowd cheered for me, I kissed my pointer finger and pointed into the crowd. It looked so douchy. Embarrassing.

But my favorite part of the video was her friends after they announced me as the winner saying, “Fuck Cassie Nova!” into the microphone. It was hilarious, and I agree… Fuck Cassie Nova!

Another time I was an unintentional dick, I thought I was being funny — you know, being bitchy for laughs — but I ended up feeling like such an asshole.

It was just a regular night in the Rose Room, about eight years ago. I was doing my regular walk around, dancing a little and collecting tips as I paraded around and poorly lip synced to probably a Kelly Clarkson song. All of a sudden, I backed up into a guy standing right in the middle of the aisle. We both apologized, and I continued to perform. Eventually, my song ended, and I was handed the microphone. I looked out, and that same guy was still just standing in the middle of the room, completely in the way.

I said in my most annoyed voice, ”Hey dude, sit the fuck down — what are ya, blind?” He said, “Yes, I am blind, and I have dropped my cane, so I am waiting on my friend to get back from the bar to help me find my seat!” I fucking shrank down to the size of a mouse. At least that is how I felt. I did that nervous, embarrassed laugh you do when you said something just stupid.

I quickly apologized and said I would help him find his seat. I offered to buy his drinks for the rest of the night, but all he wanted was for me to do a shot with him. OK, twist my arm. We did a shot, and he forgave me; he was actually really cool about it. But fuck, thank God for makeup because under it I had to be a deep shade of red. Embarrassing! I stick my foot in my mouth on such a regular basis that I am thinking of going pro.

Anyhoo, I will try to remember more of these sordid drag stories, but until then, remember to always love more, bitch less and be fabulous! XOXO, Cassie Nova.