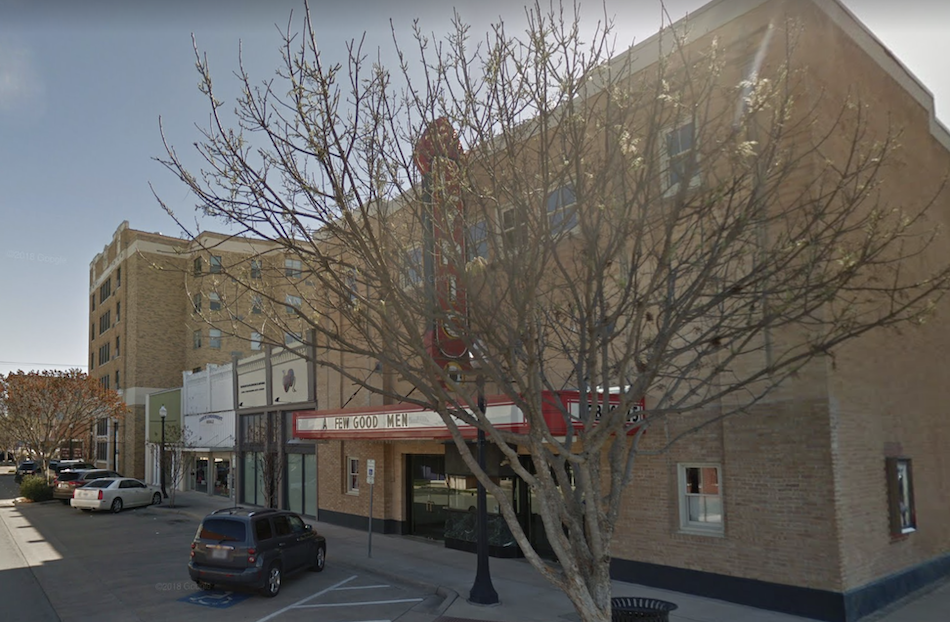 Pride in Brownwood was going to be a film festival.

Now, he said, he fears for his life. Here’s a transcript of the complaint he said he filed:

On April 28, 2022, at approximately 10:30 am, I entered the Brown County and City of Brownwood Law Enforcement Center to meet with the Chief of Police for a safety meeting regarding The Pride of Texas Film Fest that is to take place in downtown Brownwood from June 10-12, 2022. I approached the visitor’s window in the center of the room. I introduced myself and let the woman know that I had an appointment with Chief Kading. She asked me to have a seat and that she would let him know. I took a seat at the Sheriff’s Office side, next to their visitor’s window. Immediately, I heard a woman yell, “No. No. It’s owned by two lesbians!” I assumed that she was referring to the owners of the festival venue, 10 Mile Productions. Then the entire office began yelling in chorus. “We will not accept them! We will not tolerate him! Who is that guy? Where does he think he is?”

What was so chilling was that they were in concert, each public servant struggling to speak louder than the other so that they could exclaim their disgust. Then I heard a slender woman in a black dress say, “We aren’t to judge them,” or something very similar. Then the older woman with the short hair yelled back, “It’s our job as Christians to correct them! They must be corrected!” She screamed this about three times. Then, a man with a booming voice declared at the top of his lungs, “I’m not going to kill him! I’m not going to hurt him! But I will never accept him! I’ll never tolerate it!” Then more incoherent yelling. I had never been more frightened in my life. A public servant, a member of law enforcement, made a statement about me that implied that “killing me” and “hurting me” was an option. Furthermore, I can’t imagine a single scenario where a member of law enforcement needed to remind his colleagues that he wasn’t going to commit murder or assault. Unbeknownst to them, I was just outside their window, and I heard it all. They did not realize that I was “him.”

When Ed Kading, the Chief of Police, called me back into his office, he noticed that I was visibly shaking. He and a social worker named Rachel Derrington calmed me down, reassuring me of my safety. He then got on the phone with someone and demanded to speak to the highest-ranking officer under the Sheriff. He came and listened and retorted with an assumption that when the woman with the short hair yelled, “They must be corrected.” She meant “Bring me to God.” He said that he would not apologize for other peoples actions, and that he couldn’t speak for them.

I am deeply concerned for my life, and I fear retaliation from the Brownwood County Sheriff’s office. I’ve called the Sheriff personally, twice, with no response. I returned to the law enforcement center on Thursday, May 12, 2022, to make a formal complaint and request surveillance footage of the Sheriff’s Office visitor’s window on April 28, 2022, from 10:30 am to roughly 10:50 am.