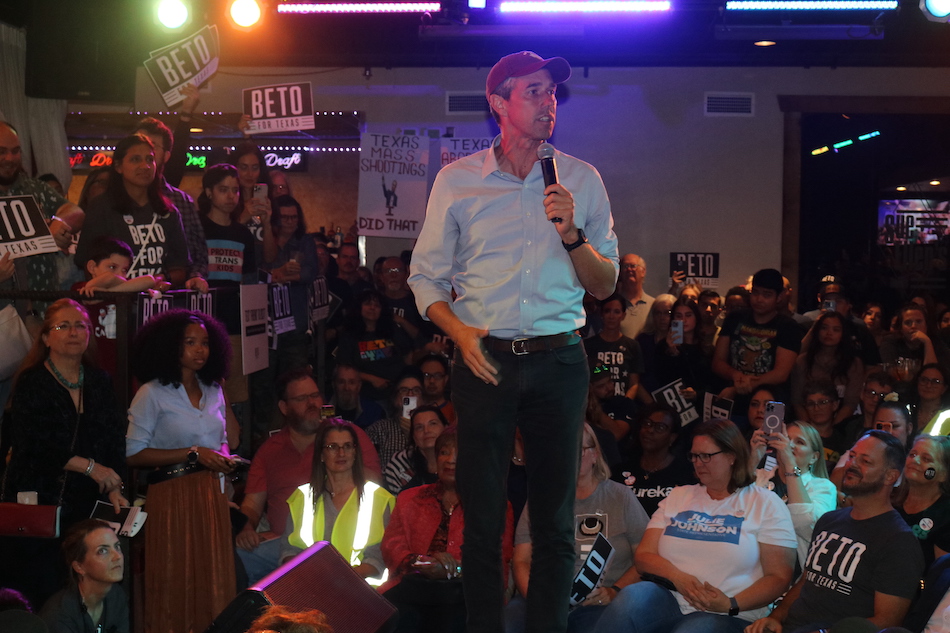 A right-wing protester walks into a lesbian bar … Not a joke, but yes, there were protesters at the Beto O’Rourke rally at Sue Ellen’s last night. And yes, one who attempted to storm the stage was tackled by Dallas County Democratic Chair Kristy Noble.

More than 1,000 people showed up for Beto’s appearance. Before the gubernatorial candidate spoke, state Rep. Rafael Anchia, whose district includes the Strip on Cedar Springs, made the first welcome and pitch to get out and vote. State Rep. Julie Johnson, Rep. Eddie Bernice Johnson and Mike Collier, Democratic candidate for lieutenant governor, each revved up the crowd.

Beto came on stage and thanked everyone for their support saying, “You’ve been fucking amazing.”

Then he laid out his platform.

First, he said, he would winterize and weatherize the grid and connect to the national grid. And as for the profiteering off rising energy prices, “we’re taking those bastards to court and getting back every penny.”

O’Rourke, who had visited with families in Uvalde the day before, said he would prioritize the lives of our kids. Related to that, he wants to increase teacher salaries and pensions so they don’t need to have second and third jobs. Pension payments haven’t gone up in two decades, he said.

“We’ll put a roof over the head of every veteran,” O’Rourke said, and create a toxic burn pit registry.

He said he would legalize marijuana and expunge the arrest records of those who been in legal trouble for using it.

When he mentioned a woman’s right to choose, the first protester began screaming from the balcony and was quickly subdued and escorted from the private property.

As a second protester appeared behind the candidate, his shouts were drowned out by chants of “Beto! Beto!”

After the rally, I asked O’Rourke how this campaign is feeling compared to his narrow defeat against Ted Cruz. He said there’s much more energy in this campaign. He’s out-raised Gov. Greg Abbott in each of the last three reporting periods with donations from more contributors. And the size and excitement of the crowds feels greater than in the previous campaign, he said.

After speaking to reporters after the rally, several hundred supporters followed O’Rourke to the Oak Lawn library where he thanked voters after they cast their ballot. And, yes, he was behind the library keeping the required distance from the door. 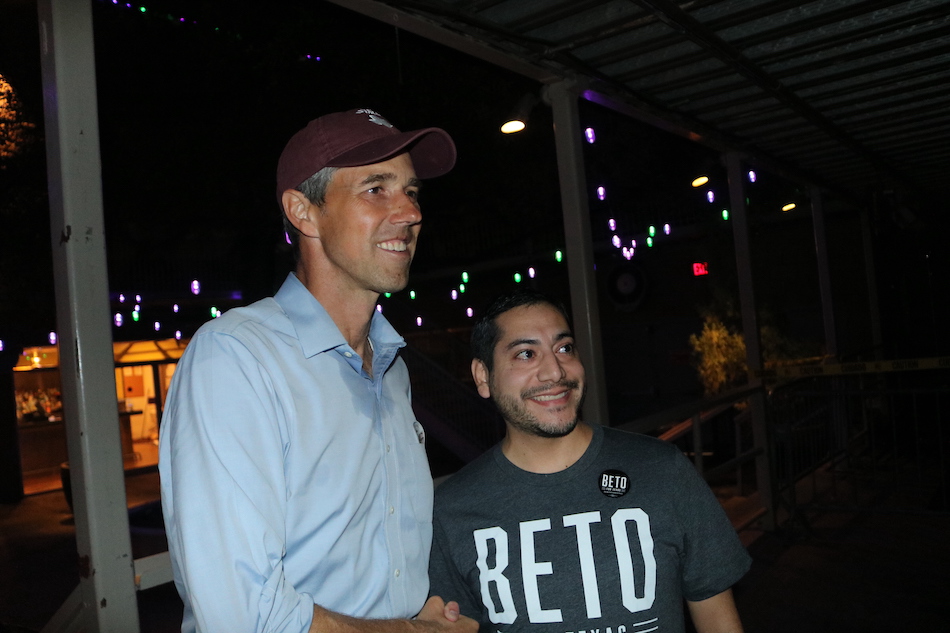 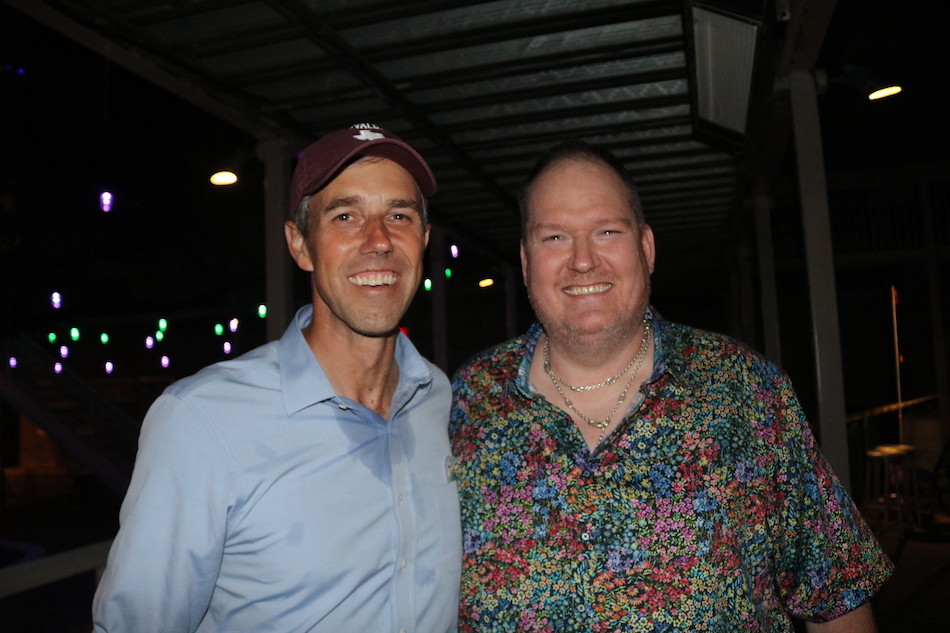 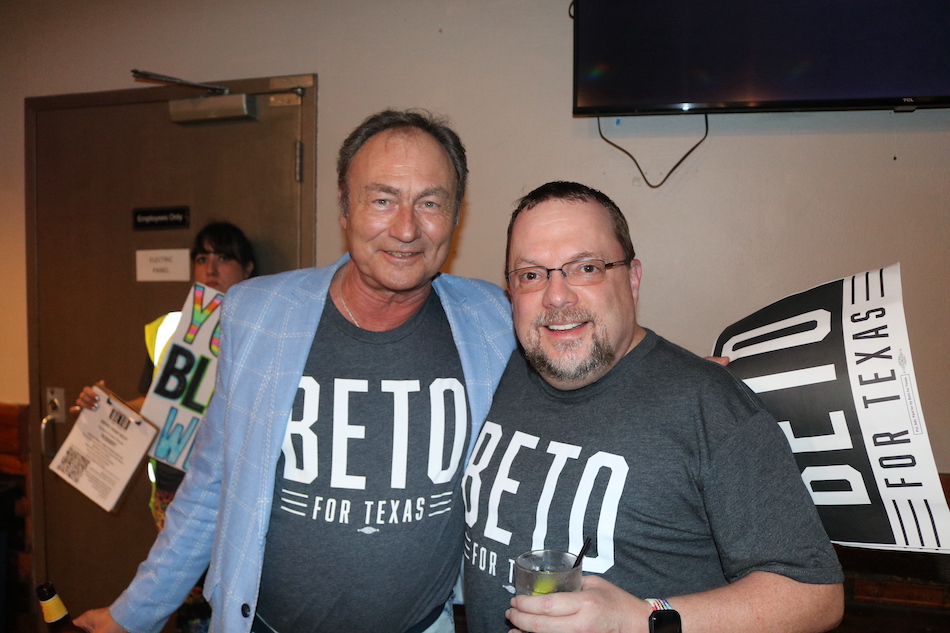 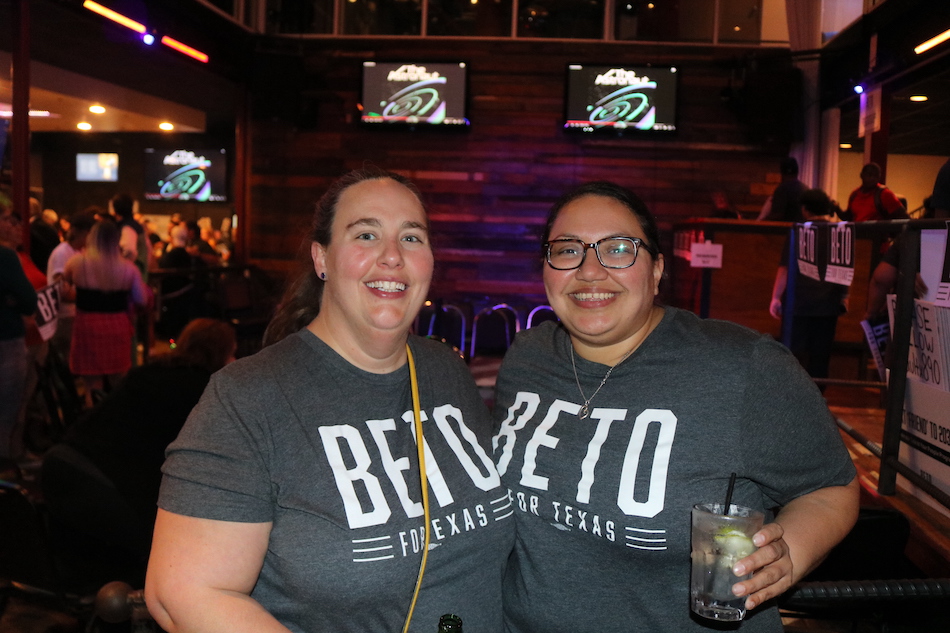 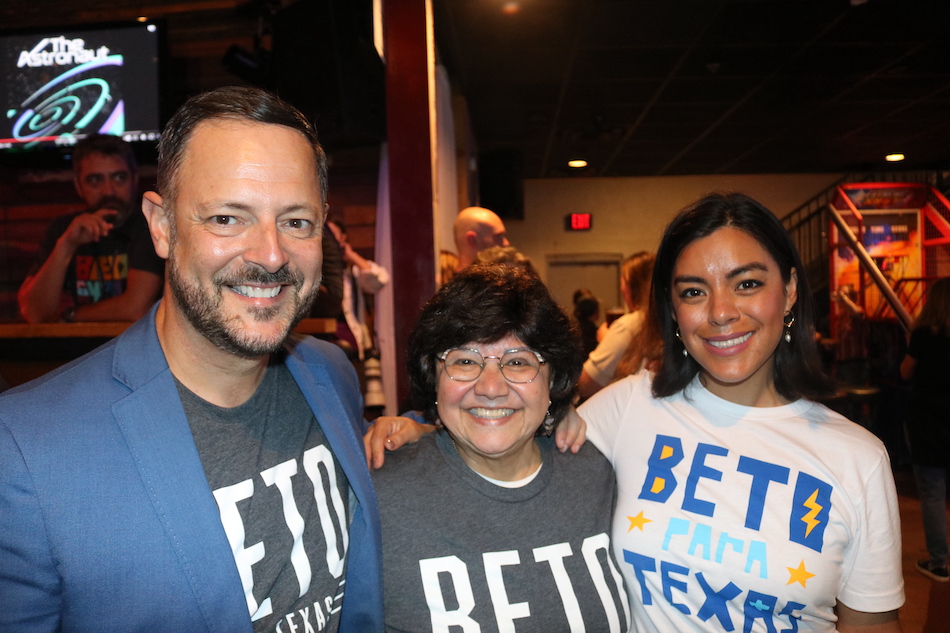 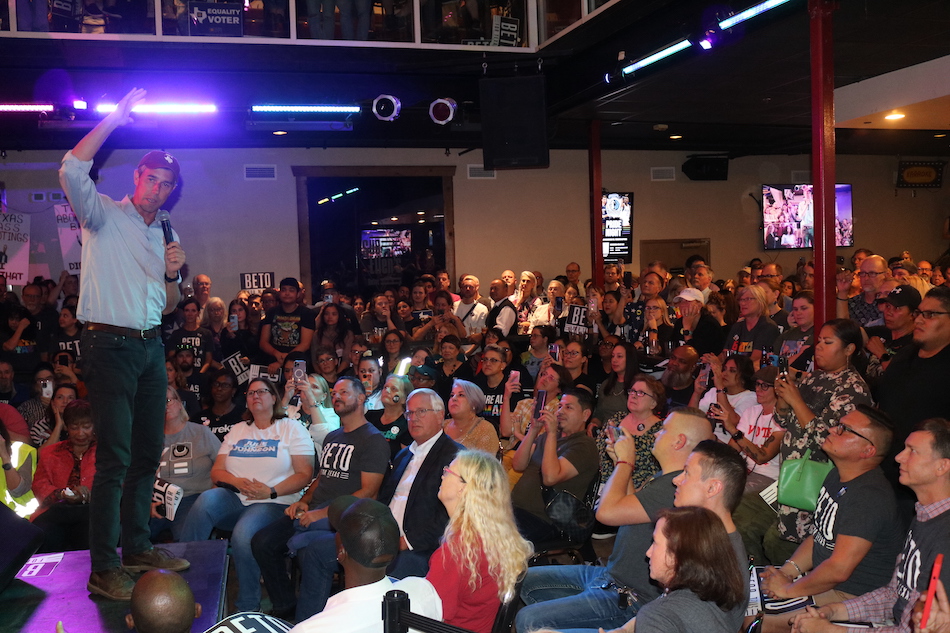 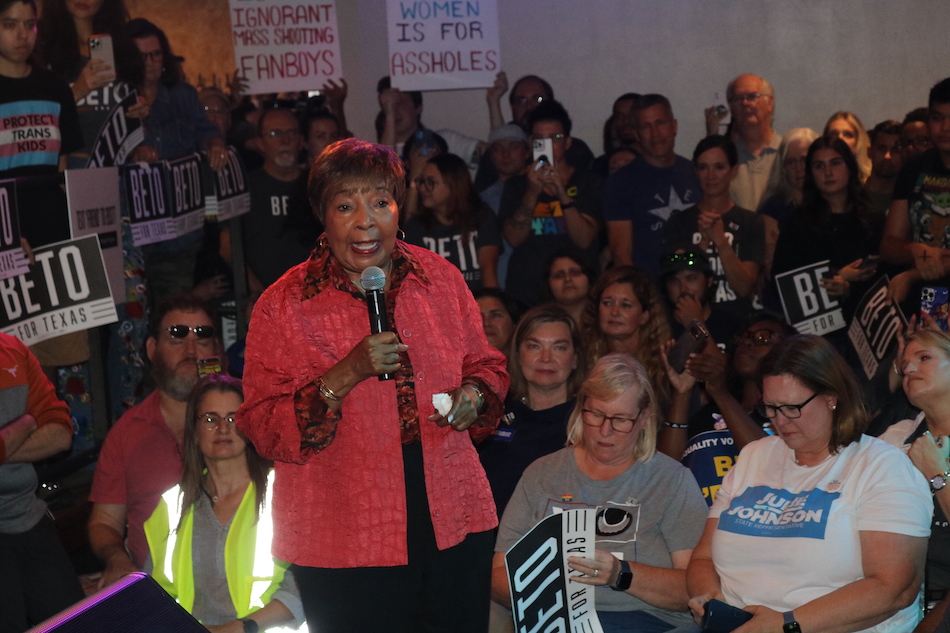 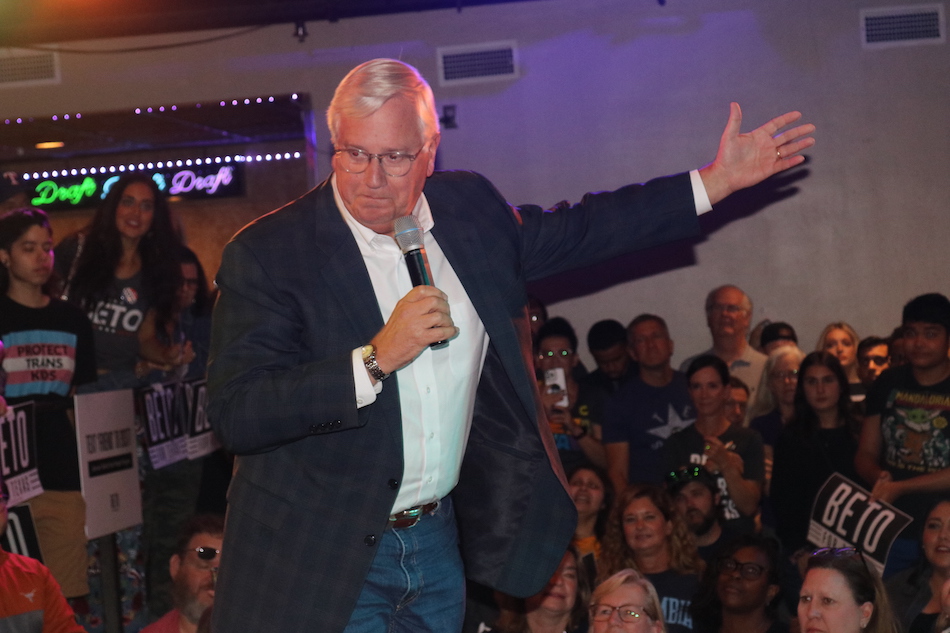 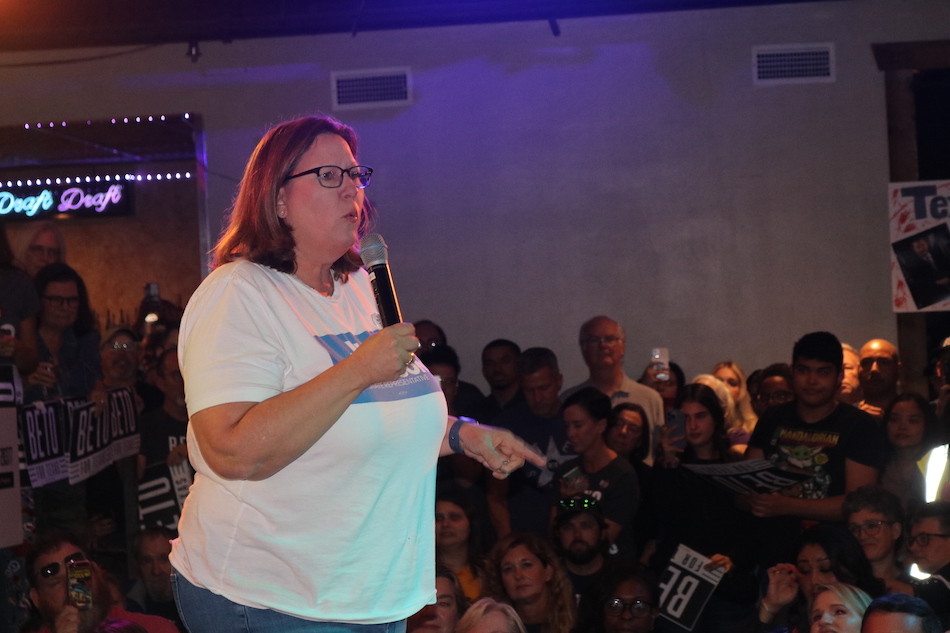 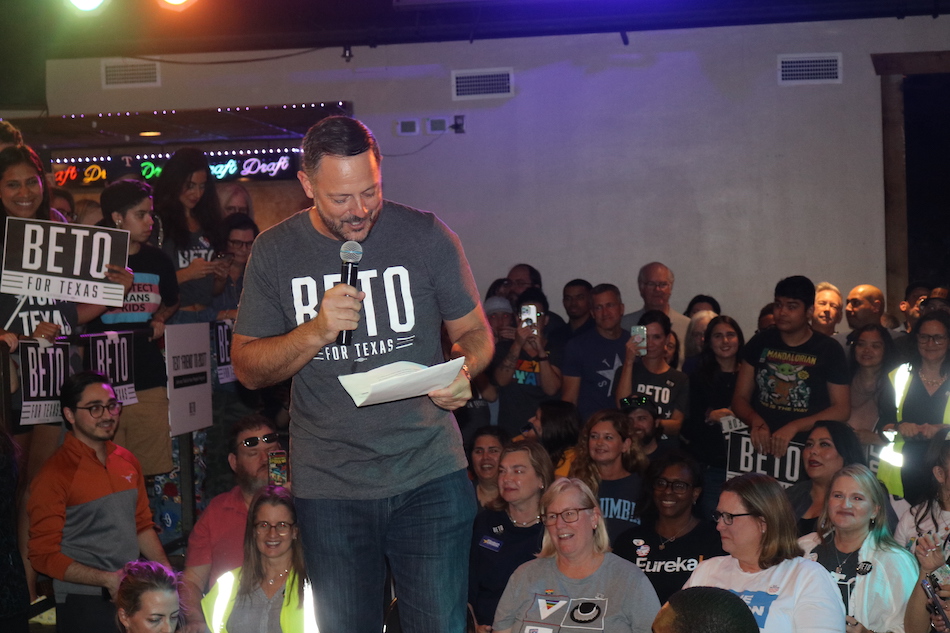 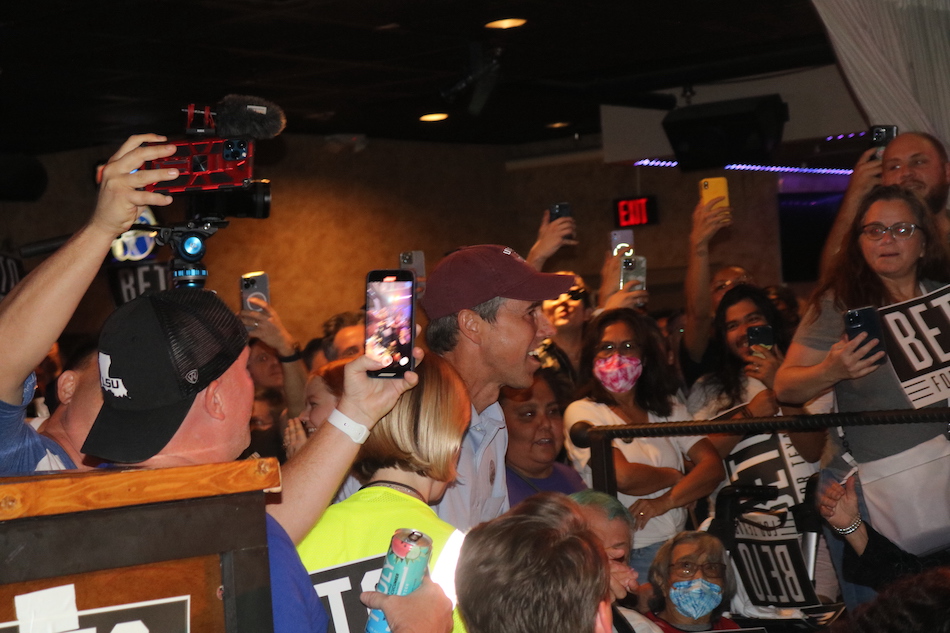 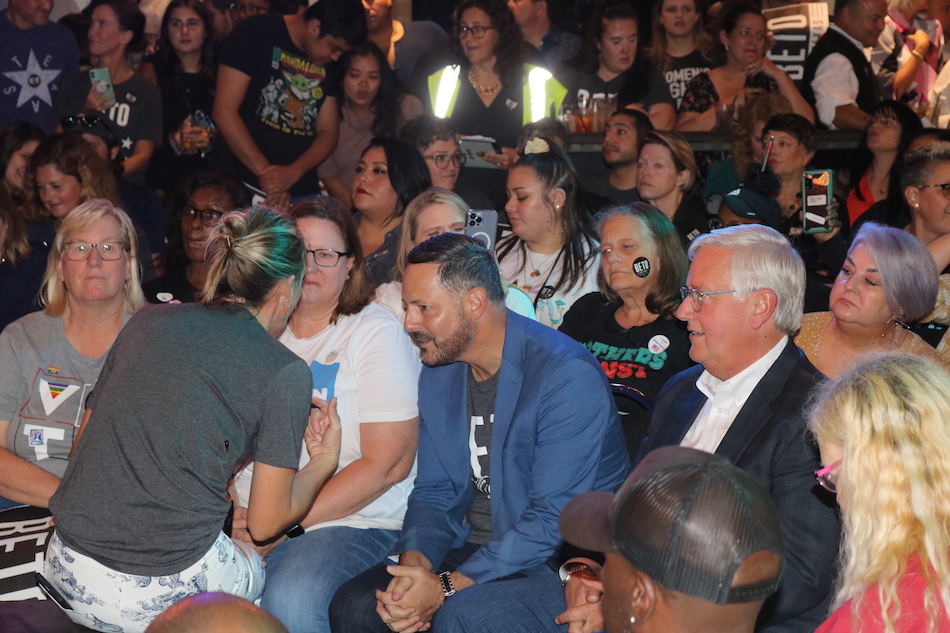 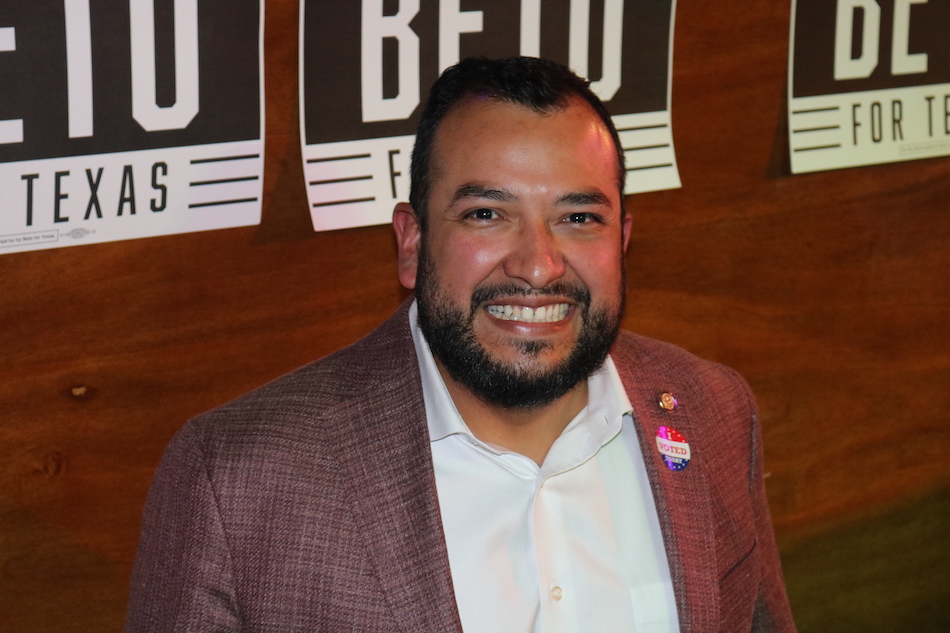 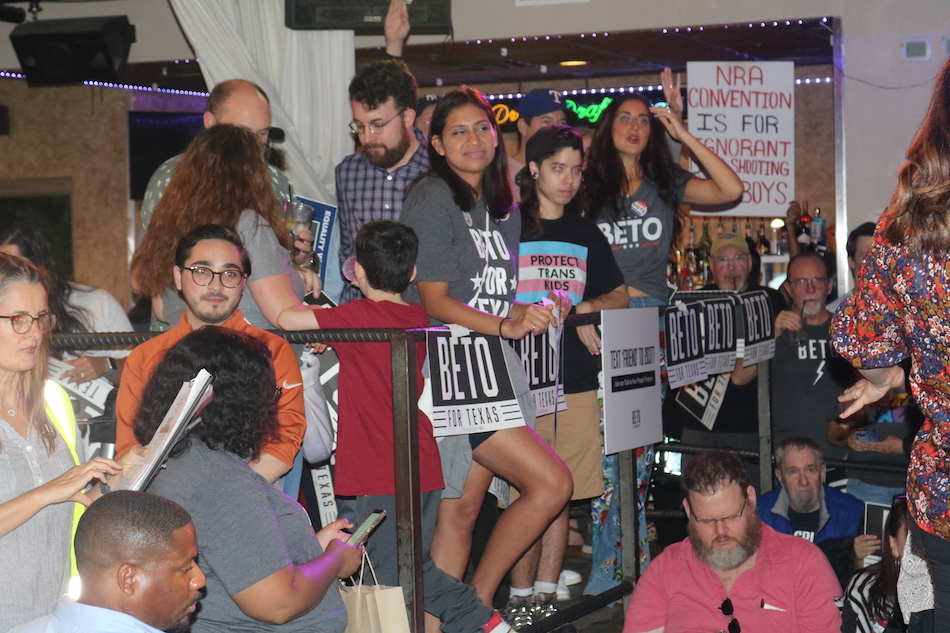 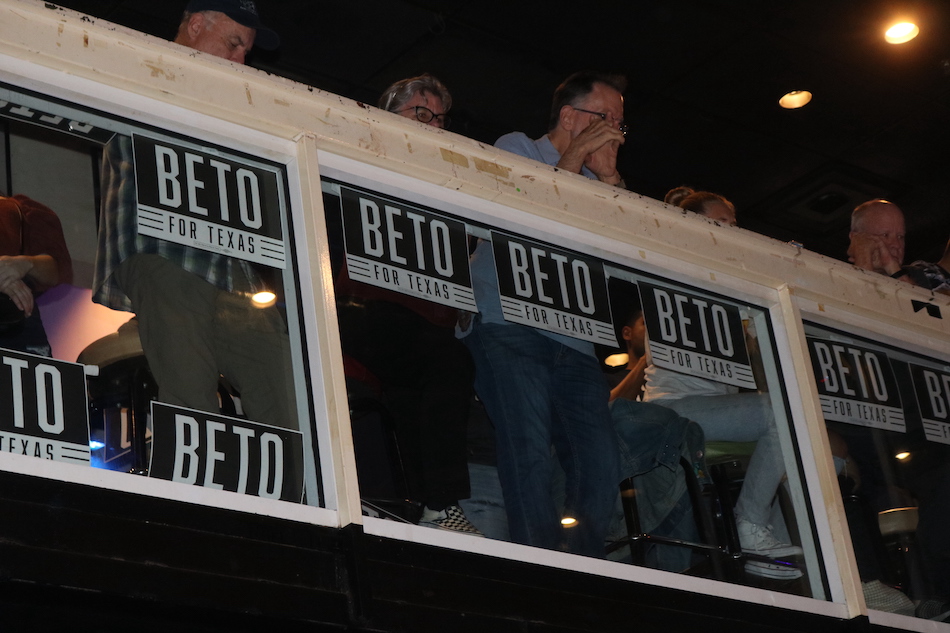 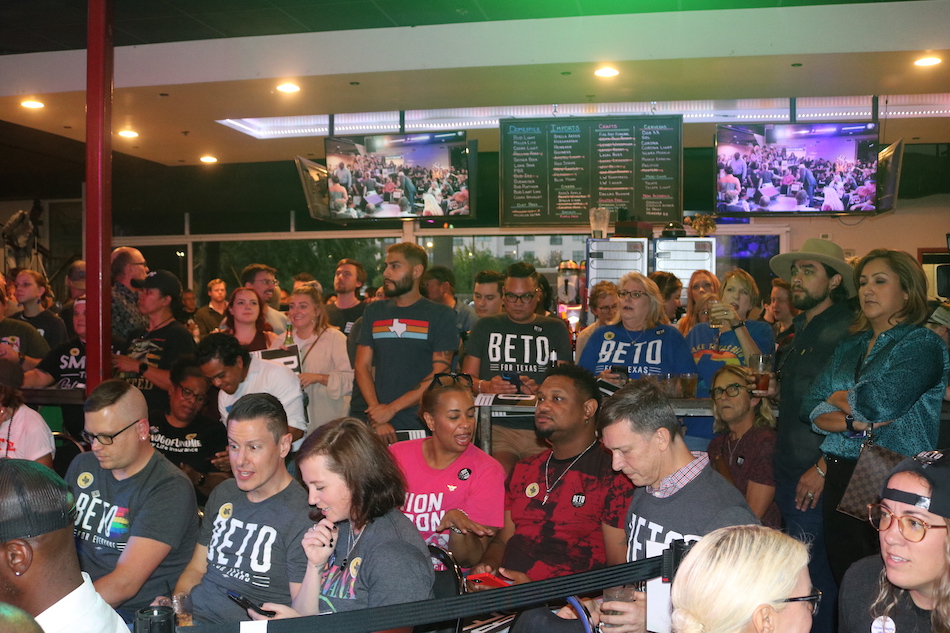 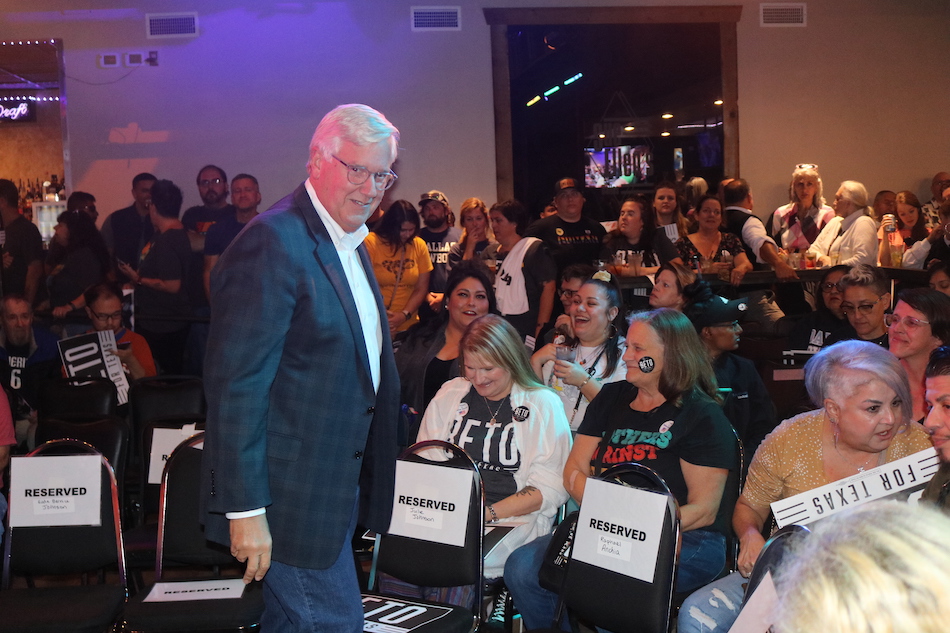 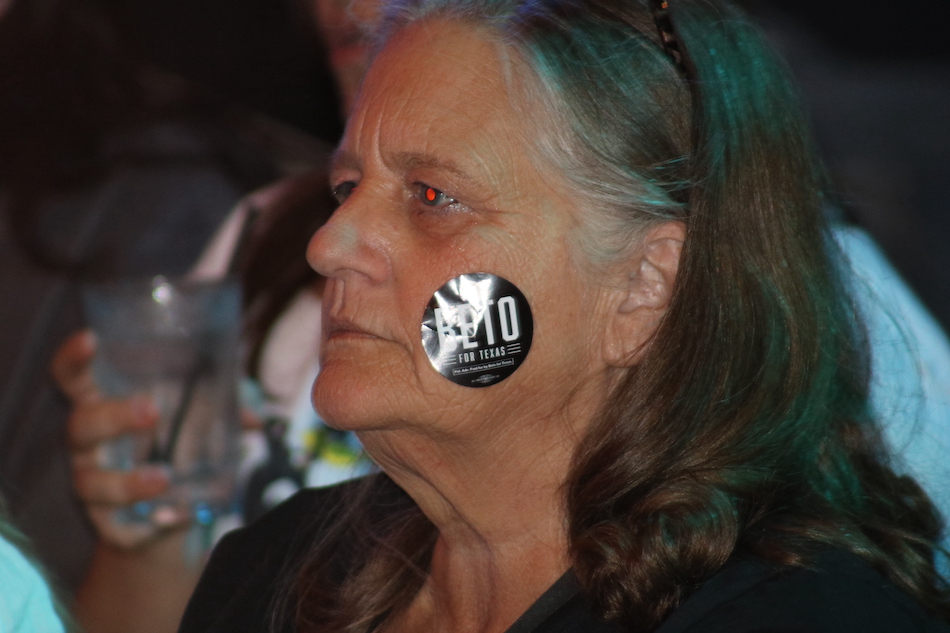 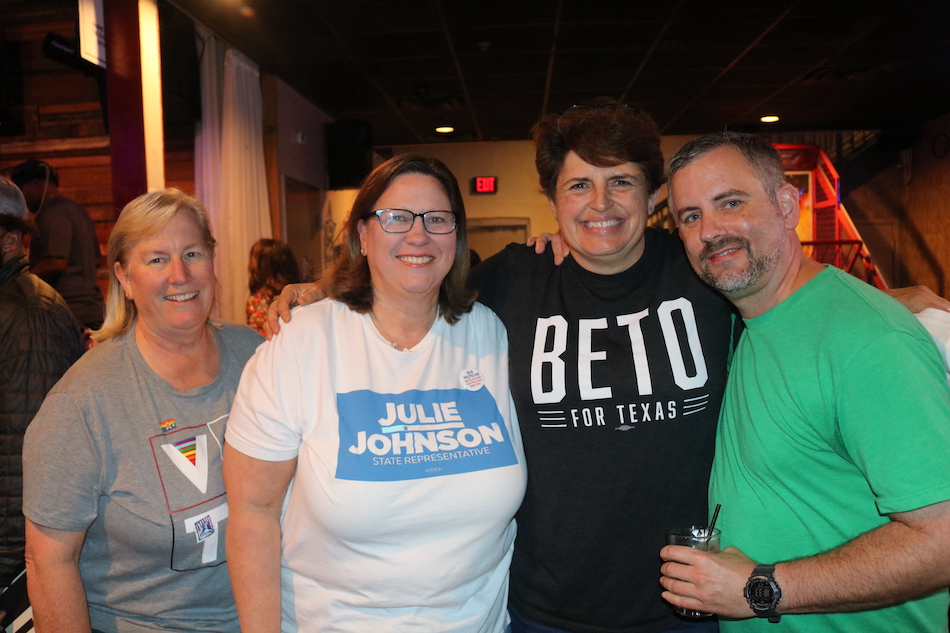