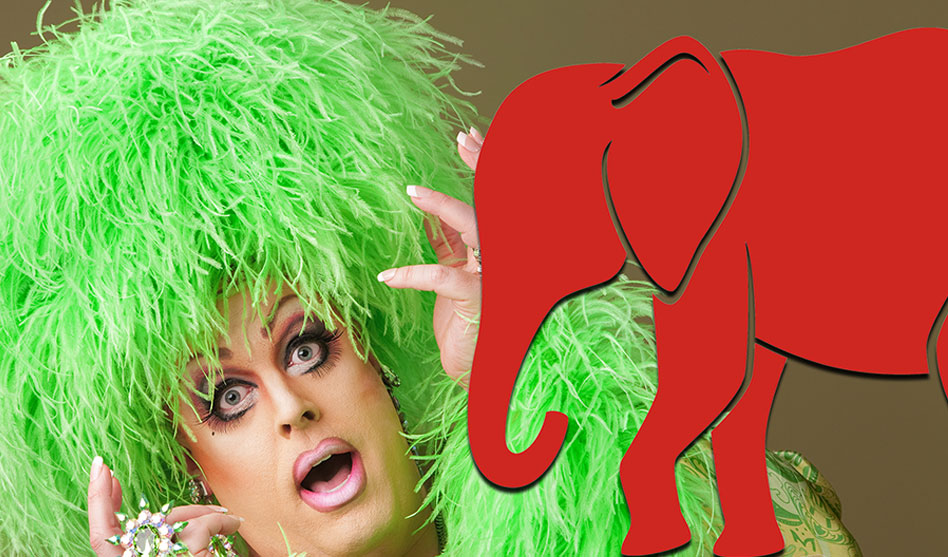 The Republican Party — and the Texas Legislature in particular — are waging an all-out attack on what is arguably one of the pillars of queer culture: Drag queens. Many anti-transgender bills have been introduced, most with the

intent to stir up support from the right-wing GOP’s aptly named “base.”
Now, in their haste to curry favor and stir fear among right-wing voters, the legislature is proposing bills to limit not only where drag performances can be staged, but also who can attend them.

Apparently, traction against trans Texans is not sufficient, since most on the right have no clear idea of what “transgender” really means. So now they are going after people who clearly defy what they consider normal. They are clueless as to the transgressive and burlesque nature of drag performances and equate all men dressing as women with “transgender.”

It would take far too long to educate these fearmongers on the clear distinction between gender identity and drag, and, frankly, they wouldn’t listen anyway. They are only interested in getting people angry so they can get votes and money.

The most recent example of this fearmongering is the appearance of Neo-Nazis at a drag show in Grand Prairie just last week. Seems that the annual Drag Queen Christmas show featuring alumni from the mainstream TV show RuPaul’s Drag Race. Since the Christmas show is a joyous and family-friendly celebration of Christmas and the extravagance and pageantry of high drag, the Nazis decided it must certainly be intended to pervert children.
I assert that far more children are perverted by the hate and gun culture of the Nazis than by some funny and fabulous queens.

As most of my readers know, I am in the leather community. But what many do not know is that leather and drags have deep connections. The drag royalty of the “court system” includes many members who may show up at the bar one night in high leather and another night in camp drag.

Since the early days of the HIV/AIDS epidemic, drag queens and leatherfolk have jointly raised funds to help those affected by the disease. That unlikely alliance continues today and still benefits charities and individuals throughout our communities.

Because of this bond, and because of my relationship with the United Court of the Lone Star Empire, I take these attacks on drag personally. My drag sisters and drag-king brothers are a unique part of queer culture, so an attack on them is an attack on all of us.

And that brings me back to the Nazis.

The media makes distinctions between right-wing groups such as the “Aryan Freedom Movement” and the benignly named “Protect Texas Kids.” But make no mistake, they are cut from the same cloth — and that cloth is covered with swastikas.

And they don’t care about protecting children; all they care about is pushing their bigotry on the next generation.

It’s time we used the same broad brush the GOP tries to paint all LGBTQ folks with to tint them for what they are: Nazis and white supremacists. Oh, they may not all come draped in confederate flags with Swastika armbands, but their zeitgeist is that of Germany in the 1930s, with queer folk substituted for Jews, gypsies and, oh yes, homosexuals!

It’s time we stop being politically correct when it comes to the far right. They are anti-democratic and the antithesis of the ideals of the United States. For them, we are not a great cultural melting pot but rather a distillery where only white, cisgender bigots can speak and everyone else is just a “mongrel race” that needs to be silenced.

It is a short goose step from their protests to violence.

If Jan. 6, 2021, taught us anything, it is that gun-toting ignorance often trumps well-meaning believers in democracy. (Pun intended.)

We must remain vigilant, and we must be unafraid to call out Nazis when we see them. Otherwise we will be lulled into the belief that they just have different opinions. In a way they do, but their opinion sees us as dangers to their Aryan way of life.

And that is an opinion that I cannot tolerate!

Hardy Haberman is a longtime local LGBT activist and board chair for the Woodhull Freedom Alliance. His blog is at DungeonDiary.blogspot.com.