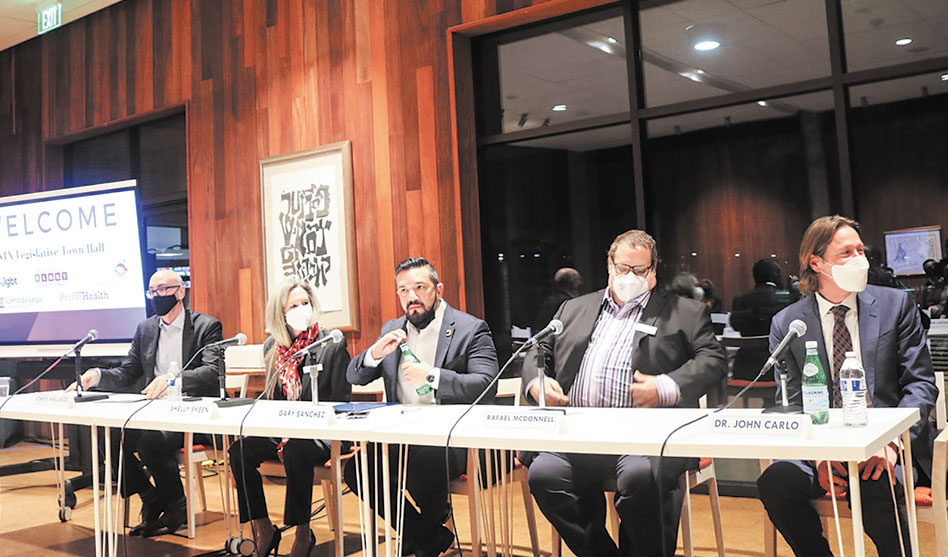 Five LGBTQ organizations last week came together to present a legislative town hall that included two panels discussing the stressful 2021 session of the Texas Legislature as plans begin to deal with next year’s session, which is expected to be just as stressful.

Angela Hale, who serves as senior advisor to Equality Texas, said the good news is that her group is no longer alone in lobbying for LGBTQ equality. A diverse coalition of groups now work together, including Human Rights Campaign, Transgender Education Network of Texas, the ACLU, Lambda Legal, the state’s LGBT chambers of commerce and more. More anti-LGBTQ bills were introduced during Texas’ 2021 legislative session than in any other state in one session ever. Of the 52 targeted trans kids, 11 were religious license to discriminate bills, five attacked nondiscrimination protections, and six were uncategorized assaults.

Again, the good news is that 98 percent of those bills were killed. Hale called that the best record of any state.

But, she warned, “We’re expecting an onslaught next session.”

State Rep. Rafael Anchia, who this year is running for his 10th term in office, called the 2021 session the “ugliest, most caustic session” he’s seen.

Not only was LGBTQ equality under attack, so were voting rights, reproductive rights and immigration. He blamed that on one thing: “Abbott has his eye on the presidency.”

Anchia agreed with Hale about next year’s session: “Brace for full-on war — they’re coming for us,” he said.

Anchia said while the pandemic and power grid were real emergencies, nothing was done to address those problems. Instead, Republicans were focused on trans teens participating in sports and passed HB 25. He said he fears next session since moderate Republicans, who walked off the House floor rather than vote for the bill, are being “primaried” out of office by more conservative members of their party.

State Rep. Terry Meza, who is a teacher, served on the Public Education Committee in the last session. She said members of both parties serving on the committee knew HB 25 was bad policy and killed the bill in committee during the regular session and in the first two special sessions.

But, she added, it was the “zombie bill. It just kept coming back.”

The third special session was laser-focused on passing anti-trans legislation, Meza said, so Speaker of the House Dade Phelan created a special committee to ensure its passage. 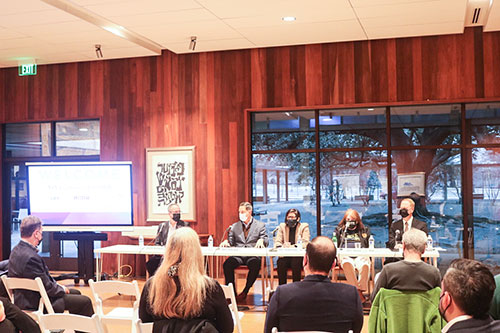 State Rep. Jessica Gonzalez, a founding member of the House LGBT Caucus, filed a comprehensive nondiscrimination bill during the session last year. She discussed another way the governor and attorney general are attacking LGBTQ rights, noting that Ken Paxton released an opinion that removed nondiscrimination protections for social workers.

Because that violates all ethical procedures in that profession, it was widely ignored, and the A.G.’s opinion was not binding.

State Rep. John Turner said Republicans are so afraid of being seen as moderates, they’ve done things that may potentially cost lives. Don Huffines, a former legislator who is challenging Abbott in the primary this year, tweeted about a resource page for LGBT help lines on the state website. Within two days, Gov. Greg Abbott had the page removed.

North Texas LGBT Chamber of Commerce Board Chair Gary Sanchez talked about building allies. A religious refusal law that passed in a previous session was aimed at LGBTQ adoptive and foster parents but has been used against non-Christian parents.

Lambda Legal Senior Attorney Shelly Skeen mentioned that Texas is one of just 12 states that has not expanded Medicaid. She said the money that would come back to Texas from the federal government is going to other states instead.

“And 26 percent of us don’t have insurance,” she added.

Resource Center Senior Advocacy, Policy and Communications Manager Rafael McDonnell talked about changing policies on a local level. In many cases, he said, a conversation has worked. But in some cases, like at Irving ISD, McDonnell said, he’s been trying to get nondiscrimination policies in place for years, but no one will even discuss it.

“It’s feeling a bit bleak in Texas,” Cece Cox, CEO of Resource Center, summed up. “But we survived a plague [that] our governor had zero interest in helping us survive.”

In a brief history of the LGBTQ community, Cox said that infrastructure that grew for the AIDS crisis led to marriage equality. “We’ve created families and have been inspired by the civil rights movement, the women’s movement,” and more, she said, adding that what’s key to maintaining our rights is voting.

“Vote, then take your friends to vote,” she said. “And let your employees go vote. Close your business on Election Day.” Resource Center will be working on voter registration, Cox said, concluding, “Learn the issues that affect our community. Tell our stories. Contact your legislators — visit, call, write.”