Helping those who help others 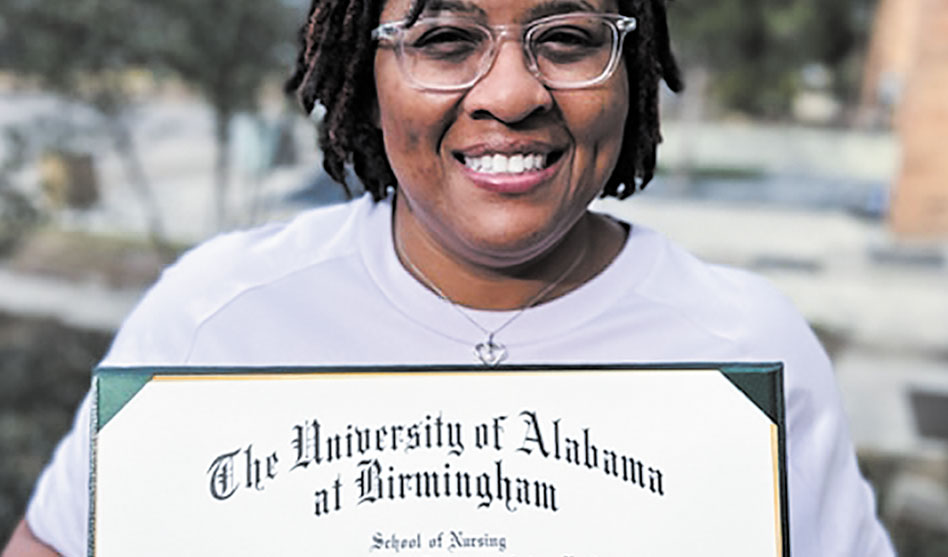 T’Anya Carter showing off her doctorate

With a newly-minted Ph.D. under her belt, CRNA T’Anya Carter wants to help nurses fighting substance use disorder

While nurses and other medical professionals have experienced burnout at an unprecedented rate during the pandemic, T’Anya Carter forged ahead in her career, recently earning her Ph.D. in nursing. Carter is a certified registered nurse anesthesiologists — one of only 11 Black CRBA out of 60,000 in the U.S. who has a doctorate.

Carter started work on her Ph.D. five-and-a-half years ago and began research for her dissertation, “Challenges for Nurse Anesthetists Re-entering Practice Following Substance Use Disorder Treatment,” before the beginning of the pandemic.

“I wanted to know why they have trouble re-entering the field,” she said, explaining why she chose that topic. The short answer? Fear and stigma.
Substance use disorder, Carter said, is a chronic “disease of the brain.” A person with this disorder, she added, shouldn’t be shamed or feared but instead encouraged to get help.

Carter found that substance use among nurses often occurs after a work-related injury — maybe a twisted ankle or a pulled back. Nurses often self-medicate because they have constant access to drugs, she explained.

Statistics aren’t available yet for the pandemic years, she said, but anecdotally, there’s been an increase in suicide, alcoholism and substance abuse among nurses over the last couple of years. Nurses are caring for double the number of patients with more serious illness than usual, Carter said; they’re demoralized, have less help and are not being supported by management.

“At the beginning of the pandemic, we were the heroes,” Carter said of herself and her fellow nurses. “Now, we’re the punching bags.” 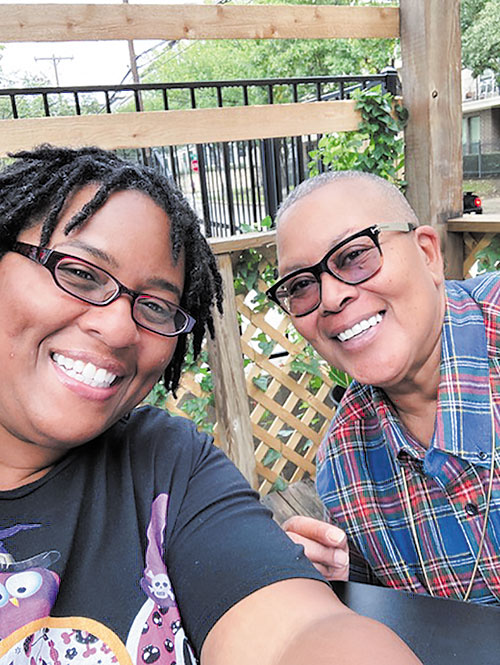 Before there were vaccines, most patients appreciated any medical help they could get. Now, the majority of those filling emergency rooms are the unvaccinated who treat medical professionals with suspicion.

But most nurses don’t care whether the patient they’re treating is an anti-vaxxer, Carter said: “We care for everyone.”

She compared the COVID-19 pandemic with the AIDS epidemic, saying that while patients with AIDS often suffered isolation, nurses didn’t have that same problem. They may have endured stigma from people who knew they were working with HIV patients, but the virus wasn’t communicable through normal nursing care.

But during the first year of the COVID pandemic, nurses worked long shifts, caring for more patients than usual, and then when they went home, they focused on limiting contact with family, fearing they’d transmit the virus to a spouse or child. Even after vaccines were approved, nurses with children who weren’t yet eligible for the shots continued limited contact.

In her research, Carter found that even nurses who had self-medicated to cover a physical injury or emotional stress were treated successfully, they still had problems re-entering the field. “Hospital systems wouldn’t rehire them,” she said.

That hesistancy on the part of hospitals came from concerns over liability. But that, Carter argued, was a false flag. Nurses treated for substance use disorder would be randomly screened for drugs for the rest of their careers and, therefore, would present no liability.

But relapse could be a problem, and when a relapse occurs, Carter said the first step should be to look at the treatment program. “Did they go to a program geared for healthcare professionals?” she asks. And if so, were they then doing what they needed to do to maintain sobriety?

Carter said that during the COVID pandemic, she has heard of CRNAs relapsing after having been sober for 15 years. One reason was that meetings, which help keep many people sober, weren’t happening. But she also heard of nurses relapsing because of fear of catching the virus.

What happened to them? “Some re-entered treatment,” Carter said. “There were some suicides. And some were successful.” 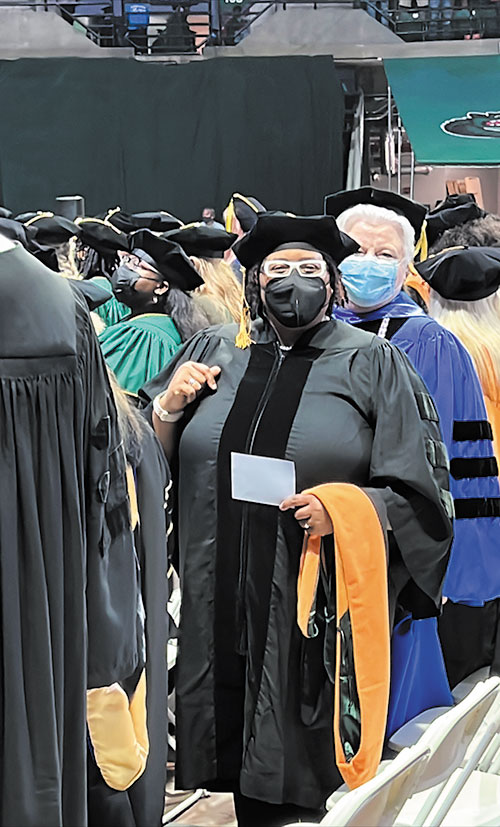 T’Anya Carter at her graduation ceremony when she received her Ph.D.

And with a terrible shortage of nurses during the past two years, have hiring practices changed? Not in Carter’s opinion — “And I’m working to change that,” she said.

Carter has big plans. She would like to open a treatment center in Dallas for nurses. She said her goal is for the facility to have 20 to 25 beds for those who have already gone through detox and now need to work on their sobriety.

She described it as an “intimate” facility, “with a treatment program designed specifically for nurses.” This facility would offer counseling focused not just on substance abuse but also on any underlying causes — PTSD, depression and anxiety among others.

Carter said that about 50 percent of people are genetically predisposed to substance use disorder. But predisposition alone is not enough for someone to be affected. They also need access to medication and a triggering event. And because they have regular access to medications, that triggering event is what causes so many nurses to be affected. And that is where Carter believes her treatment program should focus.

Personally speaking
Carter received her B.S. in nursing in 1998 and her masters in 1999. She met her wife — Portia Cantrell, who is also a nurse — at work in a hospital in Gary, Ind.

“I was her supervisor,” Carter said. “I was the youngest charge nurse.”

Carter said she and Cantrell were working in the emergency room together, and Carter had just declared a patient dead. Cantrell called her back into the room and said the patient was showing a heartbeat. Carter knew that was impossible, but Cantrell insisted and showed her the monitor.

Carter checked the patient. No pulse. But the monitor displayed a pulse. That was impossible.

Then she realized Cantrell had put the leads on herself.

“She just got to me,” Carter laughed. “She has a great sense of humor. Also, she’s the best nurse I’ve ever known. She treats every patient with dignity.”

They have been together ever since, moving to Dallas in 2012.

“I was going to take a job at Parkland,” Carter said of the move to Texas. Then she got a call on the Friday before she was supposed to begin work on Monday. They told her they weren’t quite ready for her to start — after she and Cantrell had just moved about 1,000 miles.

But nurses have been in demand for years and experienced nurses even more so. Carter quickly found work at Methodist Hospital and at a hospital in Sunnyvale. And she has been going nonstop ever since.