Another shooting takes place on Mahanna 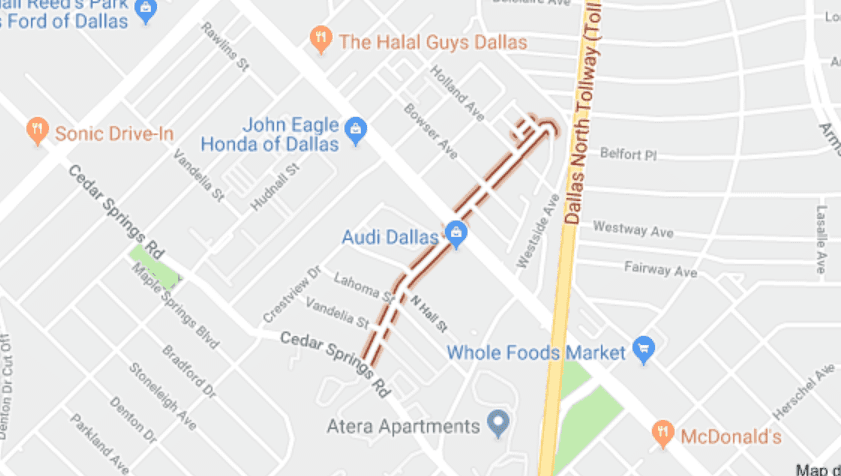 Police report an overnight shooting on Mahanna Street off Cedar Springs Road within a block of where a murder took place just weeks ago. This incident took place closer to Lemmon Avenue.

From the police report:

According to witnesses, at about 10:30 p.m., a Dallas County District Attorney’s Office investigator had just pulled into the apartments here in the 3400 block of Mahanna Street. An individual whom she reportedly knows approached her car and began banging on the window. At some point a second individual who was with the DA’s investigator took her weapon from her holster and shot the individual at the window of the car. The individual who was shot was taken to Parkland Hospital. The individual who reportedly fired the weapon and the DA’s investigator have been taken to Dallas Police Headquarters for follow up. We have recovered the weapon believed to have been used to shoot the subject. No other weapons have been recovered. This incident is documented on case number 129659-2019.

On May 27, Nicholas Blake Edwards was murdered on the same street closer to Cedar Springs Road. Three men have been arrested in connection with that murder.