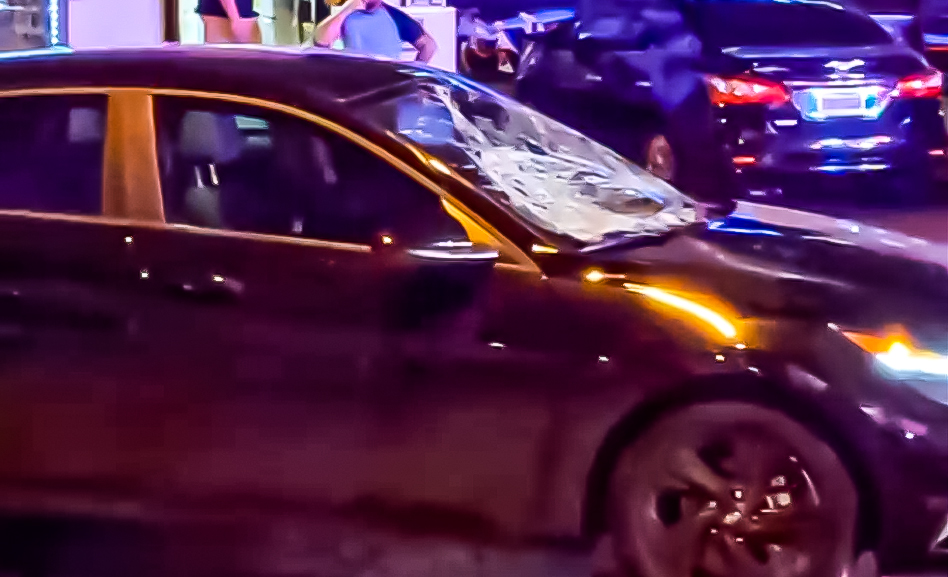 UPDATE: According to information provided by Dallas Police Department’s Public Information Office, officers were called to the scene of the accident in the 3900 block of Cedar Springs Road (initial reports indicated the 3800 block) at about 9:40 p.m. Sunday. Their report indicates that the driver of the black vehicle, who was driving southbound in the left lane of traffic, “became distracted for a moment and caused the vehicle to strike two pedestrians in the crosswalk.”

Both pedestrians were transported to an area hospital.

ORIGINAL POST: At least one person was injured Sunday night, Sept. 12 in an accident in the 3900 block of Cedar Springs Road when a vehicle headed southeast toward the Cedar Springs/Oak Lawn intersection hit a pedestrian. Dallas Voice is waiting for details on the accident from Dallas Police.

Video of the scene of the accident, provided by Dallas Gay Nightlife, show a black sedan with a broken windshield and front-end damage sitting in the street as first responders with Dallas First and Rescue tend to the victim, putting a neck brace on them and laying them on a stretcher before carrying them to a waiting ambulance. The victim appears to be conscious and able to interact with those assisting them, at one point sitting up on their knees while talking to the DFR first responders.

We will update this post when information becomes available.

Video provided by Dallas Gay Nightlife, published below, has been edited so as not to show the victim’s face or close-up views of the victim.