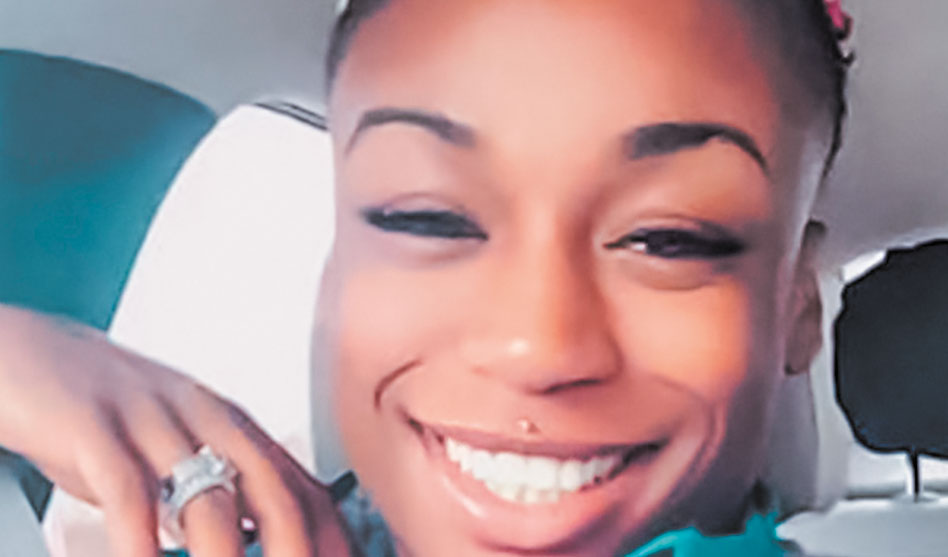 Prism Health North Texas will mark Transgender Day of Remembrance with an online virtual vigil Friday evening, November 20. The names of the 34 transgender people that have been killed this year in the U.S. will be read and candles lit in their memory. While this is an in-person, socially distanced remembrance, other events around the country will be virtual.
That total number of trans people who have died violently in 2020 makes this the deadliest year for the trans and non-binary community in the U.S. since statistics have been kept. Overwhelmingly, the violence is targeted at Black trans women, but at least four of the deaths have been trans men and one victim was non-binary.
Carmarion D. Anderson-Harvey, Alabama state coordinator for the Human Rights Campaign, blamed the increase in violence against her community on COVID-19 and an administration that doesn’t care about trans lives.

“Our community,” she said, “is being ignored.”

In Dallas, the homicide rate has increased across the city as the pandemic has worsened. Anderson-Harvey believes that rather than bring people together or take any blame for its handling of the pandemic, the administration has encouraged those who have lost jobs and are idle to find scapegoats.
“COVID doesn’t discriminate,” she said. “Those victimizing us do.”

Other factors in the high murder rate, especially among transgender women, include stigma, lack of education and religion that teaches there’s something wrong with being transgender, Anderson-Harvey said.
Her take on the Black Lives Matter movement is interesting. While she certainly agrees with what BLM is doing to protect Black lives, the outgrowth of Black Trans Live Matter has revealed what she calls a “disconnect of unity.

“We generally get disconnected out of our race culture,” she said, referring to trans lives. “There’s a huge divide.”

Even though Anderson-Harvey has been involved in the movement for years — she was a founder and board member of Black Trans Women and now works for HRC — she said this year has taken a toll on her.

“This year, it’s hitting me hard,” she said. “Life for everyone is precious. These killers have not gotten what they deserve.”

But still she’s optimistic. With a new administration coming to Washington, D.C., in January, she sees new opportunities for change and for progress. With a president who has worked with transgender people and has already appointed at least one to his transition team, she sees the possibility of better education, better leadership and more acceptance.

And Anderson-Harvey is optimistic that, as a new legislative session begins, appropriate legislation for trans youth and support for their parents will be introduced.

When she was a teen and beginning her transition, she said, having a good therapist was essential. But the time, there was only one therapist in the Dallas area who specialized in transgender care. Today, she’d like to see better counseling services for trans youth available across the country.

On its website, the ACLU has identified a number of things that would make the lives of trans youth easier.

Among them are GSAs, which stands for either Gender and Sexuality Alliances or Gay-Straight Alliances. As of last year, every high school in Dallas ISD has a GSA. But in most of the suburban school districts in DFW, GSAs are spotty at best.

GSAs “provide visibility, safety and social support for lesbian, gay, bisexual, transgender and queer students and their allies,” the ACLU website notes. Among other things, GSAs help connect students and create a community, help keep students safe in the face of harassment and advocate for a strong and supportive school climate.

One problem in many school districts is the dress code, according to the ACLU: “Many schools have gender-specific dress codes with different rules based on students’ assigned sex at birth,” ACLU’s website points out. “For transgender and gender non-conforming students, this can mean risking disciplinary action for wearing affirming clothes or hairstyles.”

In the recent Arnold v. Barbers Hill ISD, a black student sued after he was disciplined for wearing longer locks. Klosterboer said the school district’s antiquated dress policy said boys must wear short hair. The ruling, Klosterboer said, has mostly affected Black and Native American students, but it is being applied to transgender students in Texas as well.

Another issue that comes up for students is equal access to bathrooms. On its website, the ACLU writes, “School districts across the country have been successful in ensuring that transgender and gender non-conforming students have access to facilities that match their gender identity while still protecting the privacy of all students.”

Klosterboer said more and more of his organization’s work on this issue as well as access to gender-appropriate locker rooms is being done “quietly and privately.” Schools are generally learning to work out a solution that doesn’t escalate to a court battle.

Although bullying in schools is illegal in Texas, 75 percent of transgender youth feel unsafe in school; attendance and grades suffer because of it, and, ultimately, trans youth have a high dropout rate. Attorneys for the ACLU recommend reporting bullying and harassment to a friendly teacher, counselor or administrator.

Several federal courts have ruled school must enforce their anti-bullying and anti-harassment policies equally among students. As a victim of bullying, harassment or discrimination, a student, parent or guardian has the right to file a complaint with the school or school district. The ACLU can assist in filing a complaint or mediating a resolution.

While every court case has resulted in a ruling in favor of access to bathrooms for trans students, Klosterboer said he is watching for discriminatory bills in the upcoming session of the Texas Legislature that would prevent trans students from participating in sports. But to fight those discriminatory laws, he said, we have the Bostock decision. This year’s Bostock ruling says sexual orientation and gender identity discrimination are both sexual discrimination and are covered by Title IX.

“That was a transformational moment,” Kloseterboer said of the Bostock case.

All sides are still sorting out how the ruling affects employment, housing and a wide variety of accommodations, he said, and it should make a huge difference bettering the lives of transgender men and women and non-binary people.