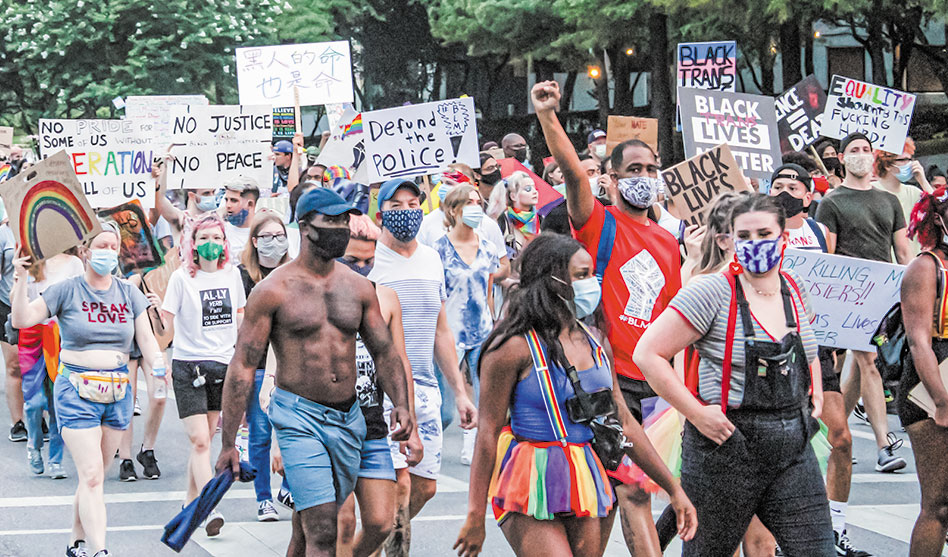 But all at once? Not in recent memory.

Black Lives Matter
Had a bystander not taken video of Minneapolis police officer Derek Chauvin kneeling with his full weight on George Floyd’s neck, Floyd’s death might have been forgotten. Instead, it renewed the interest and outrage of the Black Lives Matter movement.

BLM — founded in the summer of 2013 when George Zimmerman was acquitted in the murder of Trayvon Martin — had faded somewhat from public attention after the 2016 elections. But the movement surged back after Floyd’s murder, becoming a focus of daily protests in cities, large and small, around the country, with activists demanding that the country remember the names, not just of George Floyd but all those who had died at the hands of police or whose murderers had not been met with justice — Breonna Taylor, Ahmaud Arbery, Tony McDade, Dion Johnson and so many more.

The Trump administration sent federal forces into the city of Portland, Ore., to quell ongoing protests there. But when officers without any identifying insignia on their uniforms began taking people off the streets at random in unmarked vehicles, the public outcry forced Trump to remove his forces.

Here in Dallas, the controversy over protests came to a head the night that Dallas police, according to witnesses, basically herded a large group of protesters onto the Margaret Hunt Hill Bridge, trapping them there and then opening fire with tear gas, pepper spray, rubber bullets and other so-called less lethal ammunition. The city’s gay Mayor Pro Tem Adam Medrano, and gay City Councilman Omar Narvaez stepped in that night to help get those detained on the bridge released and charges dropped.

Also in Dallas, activists in the LGBTQ community — Black and non-black — joined together to hold the DFW Pride for Black Lives Matter protest through Oak Lawn, with hundreds of young people taking to the streets in a march that made a statement and that offered renewed hope for the future to longtime activists like C.D. Kirven.

The number of transgender people — mostly trans women of color — murdered this year continued to climb and now stands at at least 41. Protests like the DFW Pride for BLM march in Dallas helped stress the fact that Black Trans Lives Matter, too.