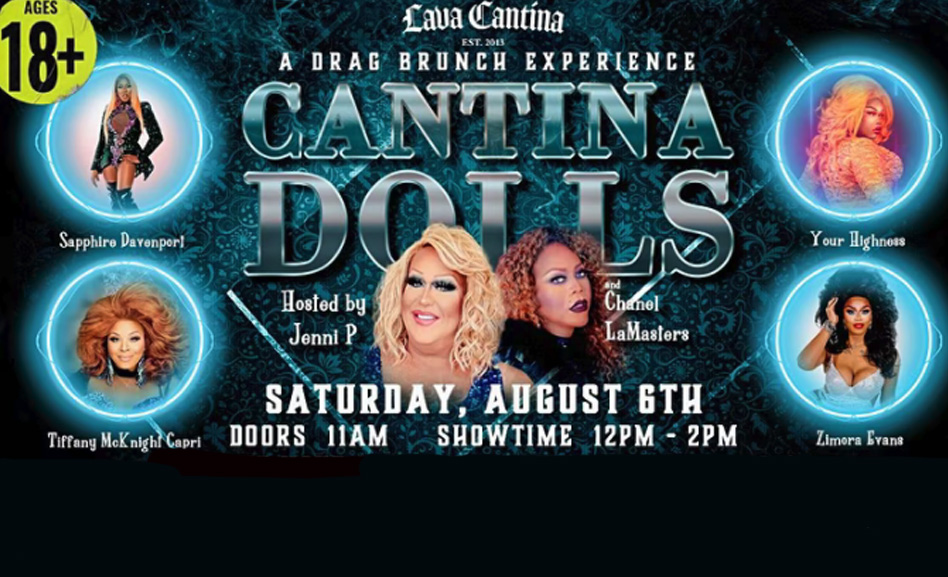 Another drag brunch in The Colony is being targeted by right-wingers. After the Cantina Dolls Drag Brunch — set for noon on Saturday, Aug. 6, at Lava Cantina, 5805 Grandscape in The Colony — the venue received “hundreds of insults and threats” and were even been contacted by the FBI who warned that The Proud Boys are planning on protesting the event next weekend.

One person familiar with the situation said that Kevin Whitt, a Dallas hairdresser and failed drag queen who has since “converted” to Christianity and spends his time protesting LGBTQ events and issues, “has made it his mission to  call us groomers/pedophiles/etc. to every news outlet that will speak to him,” prompting the flood of insults and threats.”

The event had first been advertised as open to all ages but with an advisory warning of “adult themes.” But since the threats started pouring in, it has changed to an 18-and-over event in hopes of getting the attacks to ease up. The change has not helped though, organizers said.

Whitt, a former staff field organizer with the Republican Party of Texas was fired by the Texas GOP last year after posting to Facebook a video of himself on the steps of the U.S. Capitol during the Jan. 6, 2021 insurrection along with video of himself arguing with an employee of a Washington, D.C., pizzeria over the “Pizzagate” conspiracy theory.

On July 16, Whitt posted a call to arms on his Facebook page warning of “yet another drag show” planned in The Colony. “They are INVADING the suburbs!!!  They have gotten out of control!!!!” he warned.

Two days later, on July 18, he claimed victory in a post noting that the event had been changed to 18+: “It was originally scheduled as ALL AGES WELCOME but we put pressure on them so they have changed it to 18+. Praise God! This is all we wanted!!”

He posted a similar message to Facebook on July 19, this time sharing a post from Lava Cantina: “WE ARE WINNING!!!!!! Our tactics are working! Lava Cantina The Colony was left with NO other option but to raise the age of their Drag Brunch to 18+ , when they initially advertised to ALL AGES!!! THIS IS ALL WE EVER WANTED!!! NO ONE CARES if they have a Drag Show AS LONG AS KIDS ARE NOT ALLOWED TO ATTEND!!!! Thanks to all of you for your hard work!!  The tides are turning and people are starting to WAKE UP!!!”

Whitt and his minions had also targeted the July 23 drag brunch at Twisted Bar & Grill in The Colony, and protesters had threatened to show up there, as well. No word from the Twisted crew on how that show went or if there were, indeed, protesters.