Why not have it all? 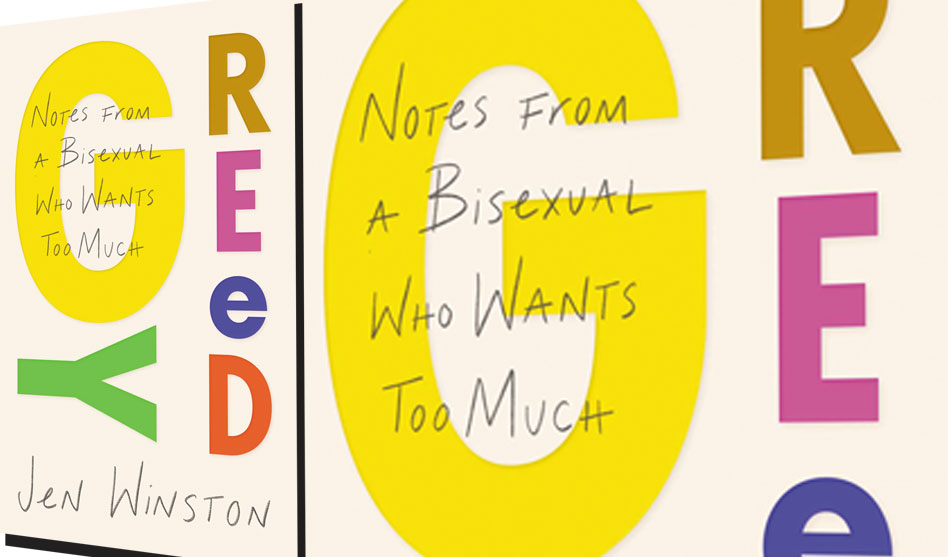 Author Jen Winston gives a guided tour of bisexuality, but it’s not for everyone

You’re not asking for the stars and the moon; you just want what you want, and why pass it around?

As in the new book Greedy by Jen Winston, who’d ever think that getting what you deserved to have was wrong?

Back in the “aughts,” when Jen Winston was rocking her AIM handle and pretending to be boy-crazy, she had no word for liking boys and girls — though she knew she did. Had she questioned anyone, she would have been told that it was a phase, an experiment or a matter of confusion. But she never asked. She instinctively knew that doing the “gay stuff” was hard.

As she grew up and learned the word for what she felt, the idea of being with a woman became more appealing — but not quite comfortable. Yes, Winston quietly told herself, she was bisexual, but bisexuality “never felt queer enough.” Besides, dating straight men was like the equivalent of “comfort food,” though it never worked and was really not much fun.

Various roommates through the years indulged in her search for love, though, by crowdsourcing answers to questions posed by online dates. They also looked the other way as Winston learned that self-pleasure could be ugly, and she didn’t want to be “U-G-L-Y.”

Bisexuality comes with a lot of frustrating myths, and bisexual people, says Winston, are sometimes not included in the LGBTQ community. Bi people aren’t especially promiscuous; they’re not trying to steal your partner from you. And they’re not all just white or female. What they are is well aware that dating sucks, fairy tales are hard to believe in, and there are lots of different ways to be gay.

And you want it with laughs, though that’s not the main thing about this book.

While its cover indicates lightheartedness, and author Jen Winston seems perfectly happy to tell funny, tongue-in-cheek tales about herself,

sports a serious vein that almost feels like a shout.

Winston writes of universal experiences — rejection, falling in love, vulnerability and wanting so much to be adored — and she makes light of them in a way that clearly isn’t meant to be all that humorous. We can chuckle, yes, but she also lets us pretend that we don’t care about those hurts — even though, like Winston, we all know that we do.

Be aware that there are chapters here that are very graphic and are very much not appropriate for just anyone. If Winston’s journey is your journey, too, though, Greedy is something to share.