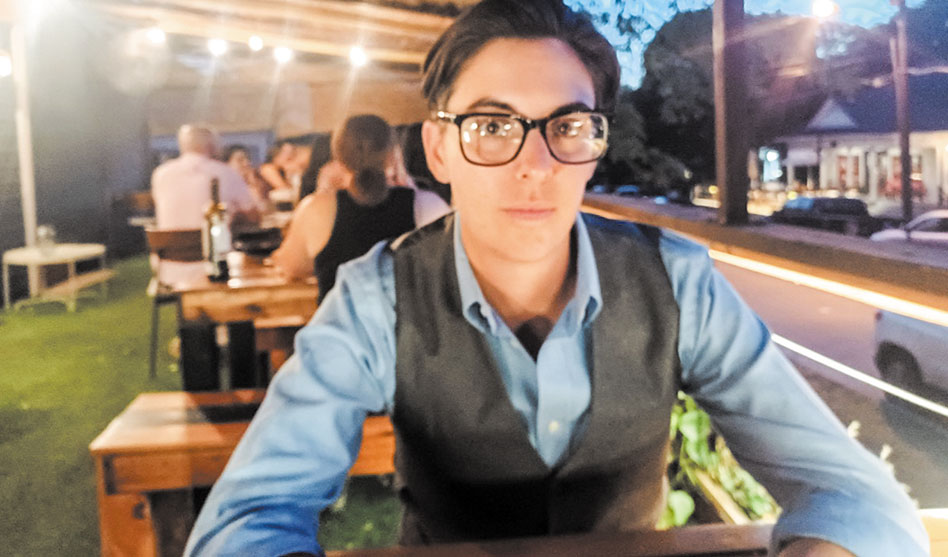 Shannon Elkins entered the race for state House District 98 planning to raise a few issues. But she wasn’t expecting to be the only candidate who entered on the Democratic side.

Now that she has the Democratic nomination though, she’s out to win the seat in November.

Elkins is challenging five-term incumbent Giovanni Capriglione for the northern Tarrant County seat. Capriglione has accomplished little during his decade in office, but he did author the anti-abortion trigger law that made abortion illegal in Texas with the repeal of Roe v. Wade.

With redistricting, the district lost the city of Haslet and added a piece of Euless. That added Democratic voters. The district now includes Keller and Colleyville and most of Grapevine, Southlake and Westlake with a piece of far north Fort Worth.

Elkins, a member of the LGBTQ community, said she’s been a voting-rights activist for a long time. “When HB 25 [preventing trans girls from participating in school sports] passed, those two worlds collided,” she said.

Elkins said HB 25 is “wrong, unfair and dangerous,” and is simply being used as a wedge issue.

When the billed passed, she said, “I thought I’d file for the primary and make some noise.” And when she became her party’s nominee, she decided, “We’re in it, and we have a lot to fight for.”

The issue of HB 25 disturbs her not just as a member of the LGBTQ community, but as a teacher. Elkins said she has her school district’s support as a lesbian — her district has a non-discrimination policy — and when she spoke to her principal about running for office, he indicated she should “go for it.”

Elkins supports full funding for education. As a middle school special education teacher, she said she relies on the help from her aides and school support staff. While school districts have been raising teacher pay, she said, other people working in public schools deserve more money as well. She wants the Legislature to help with funding those positions.

“They’re important,” she said of those employees. “They’re not being treated as the professionals they are.”

Elkins compared her education priority to the Republican agenda of blaming trans kids or their supportive families for problems in public schools or worrying that some white children will be insulted if Texas racial history is taught accurately.

Elkins, who is pro-choice, said she is concerned with how the new abortion ban in Texas will affect fertility treatment and women who suffer from conditions like an ectopic pregnancy that can’t be brought to full term.

“We have abysmal maternal healthcare in Texas,” Elkins said, pointing out that Texas has the highest maternal mortality rate of all 50 states.

But while Elkins expected the abortion ban to be the No. 1 topic on the minds of voters at her meet-and-greets, she said after the shooting in Uvalde, gun violence is the top concern in her area. And she believes the shooting at Love Field this week will increase their concern over gun violence.

Elkins is from Highland Park, Ill., where a gunman killed seven people at a July 4th parade, and she knew some of those victims. So she shares her neighbors’ concerns over gun violence. Capriglione, she noted, receives funding from the NRA.

Fixing the electric grid is another priority for Elkins. She said she originally used the term “winterize” power plants, but with this summer’s heat, she’s changed that to “weatherize” the grid. She wants Texas to connect to the national grid and “pull special interests out of ERCOT.”

Solar power has saved Texas this summer and that needs to be increased, she suggested.

“I think nuclear gets really bad wrap,” Elkins added. “The fear is nuclear waste, but there are ways to use nuclear waste. I’m literally the opposite of a scientist, but if we can invest in safe nuclear, it will help us step away from fossils.”

Expanding Medicaid is a way for Texas to save money, Elkins said, adding, “We’re one of a dozen states that gives the federal government more money than we take.”

The issue of healthcare resources in rural areas doesn’t affect her district, Elkins said, but she still has ideas for addressing the problems.

She suggests changing the law to allow nurse-practitioners, who now must be under close supervision by a physician, to practice more independently. That would bring down the cost of healthcare and increase its availability, especially in rural areas where so many hospitals are closing.

“Texas is one of the hardest states to vote in,” she said. “We don’t have online voter registration. I believe we can get bipartisan support for that, and I know that in Texas that’s the same thing as saying ‘I’m going to Oz.’ But not letting people vote is not democracy.”

She wants to see expanded early voting hours and drive-through voting. And she thinks Dallas County’s system of voting in any polling location in the county should be expanded to every county in the state.

“When I talk to older voters — 80s, 90s — they want to vote,” she said, but they’re afraid their mail-in ballot will be sent back or not counted. Willie Nelson’s ballot got sent back. We’re not true to the spirit of Texas if that’s happening.”