Loving Victor for the last time 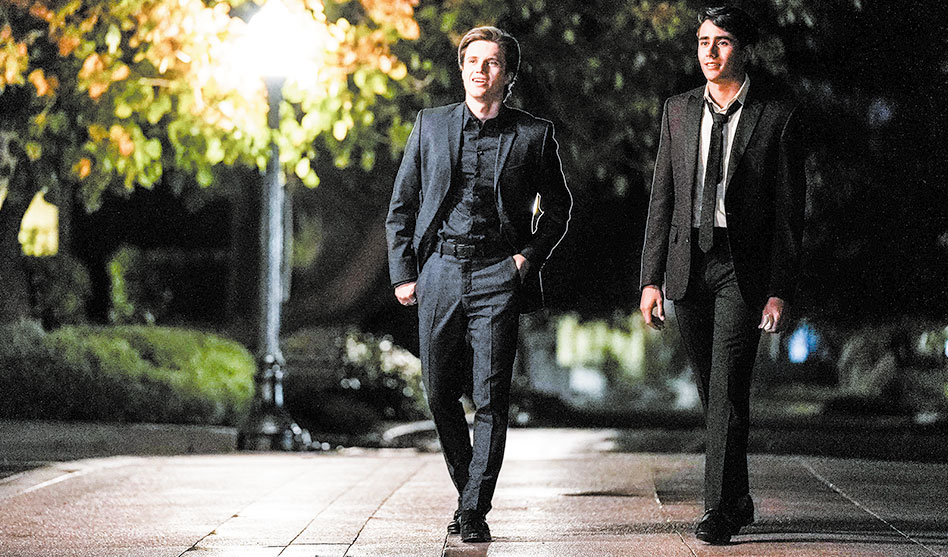 Michael Cimino, George Sear on end of ‘Love, Victor’ and how their characters changed them

For now, at least, it’s the end of “Venji.” Many started watching Victor (Michael Cimino) and Benji (George Sear), the romantic heart of Love, Victor, to find a much-needed love rush amid pandemic weirdness. The series launched on Hulu in 2020 — just months into lockdown when we were all looking for some lighthearted teen romance (for some, to see themselves; for others, to revel in nostalgia). And now, after three seasons, the spinoff of the 2018 film Love, Simon is stepping off the ferris wheel.

That is, until the very fans who made it the gay talk of Twitter inevitably insist on a Venji film.

In a recent chat, Cimino and Sear talked about their next possible collaboration (could we finally get a recorded song?), what mementos they kept from the set and whether they’ll continue to represent the LGBTQ community in future roles.

Dallas Voice: I don’t know how many tears you shed during the shooting of this, but based on the face you’re making right now, Michael, it looks like you shed some. Michael Cimino: Yeah, I definitely cried quite a bit. I love this show, and I love this cast. It’s been such an amazing experience. And yeah, it was emotional, dude. I love these people. So even though it’s not a goodbye, it definitely felt that way, especially in the moment. And it was a goodbye to Victor, and that in itself was really hard, just [saying] goodbye to Victor. I loved playing Victor.

George Sear: It’s such a big part of your life, you know? It was emotional. Especially as a Brit, like us being much more [transparent] with our emotions. That final night everybody was just so… there was just so much love there. Yeah, a lot of tears.

What was your first impression of each other when you met, and how has your relationship changed from the first shoot to the last? Cimino: The first time I met George was in the cam read, and I knew that George was the guy. Immediately I was like, “This is our guy, for sure.” Our relationship has just grown since then, and I would consider George one of my really good friends, one of my closest friends, and I know I can call George and chat to him about anything. 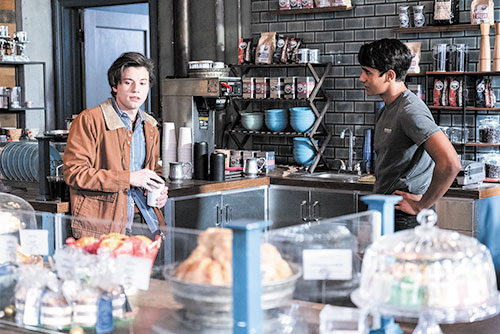 Cimino: I don’t think that you get that often, to be honest. Sometimes you become part of a cast, and you’re not really vibing with everyone. But with this cast, I love everyone so much.

Sear: Yeah, honestly. From the get-go there was definitely, like you said… it felt really right. So I was really grateful that I got to be a part of this experience. Everybody was lovely, but Michael was just so genuine and wanted everybody to feel good on set and brought such good energy. I do feel like our friendship really has evolved from Season 1 till now, and through jamming together.

So much growth in this time, and sharing that with you bonded us. Cimino: You can’t really describe it. George would call me when his car broke down, and we had to push it…

Sear: A hundred percent. And he lent me his truck for, like, over a month.

You mentioned music, George, and you’re both musically inclined, and fans are really hungry for a collaboration between the two of you, a recording that we can just enjoy for the rest of our lives. Is that something you talk about? Cimino: Yeah, actually, I don’t know why we haven’t talked about it.

Sear: That’s something we definitely should [do]. We have played music together before. We used to host these jam sessions where everyone would switch instruments, and it was very fun. Maybe we can have a go at writing a little something. Funny that we both have our guitars, like, next to us [right now]. Let’s do it now. What key?

You’ve spent three years with these characters. What have you learned about yourself by playing them? Cimino: Dude, I feel like Victor’s inspired me so much just to be brave, and I know I keep saying this, but [that’s] because it’s true. Victor has inspired me to just be who I am. And he has this big speech at the end about bravery, and that has been a really incredible inspiration [to] me for how I navigate life. 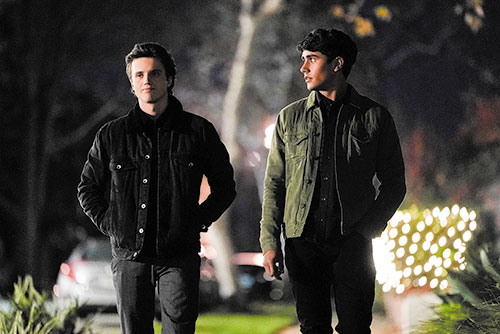 Sear: There’s been so much that I’ve taken away from Benji: his confidence, and, this season, learning that he wasn’t always confident, and he had these struggles, and he was doing a lot of work on himself. It was kind of cathartic to play that, because there’s just parallels between things I’ve gone through. But then, other things, like the love of coffee — they gave me barista training, and now I’m obsessed with that.

Have you delved into Venji fan fiction? I mean, it would be hard not to; there’s a lot of it on the internet. Sear: I see a lot of memes and things like that on Twitter.

Cimino: Yeah, I haven’t dived into the fan fiction. We should actually, George. We could do a day where we link up, and we just read fan fiction online.

Sear: We should actually. We need some direct links.

Do you think that you have interest in playing other LGBTQ+ characters in the future? Cimino: Yes, for sure.

Cimino: I’ve had some interest in some stuff that is LGBTQ-skewing. I’m never going to shy away from a role because it’s LGBTQ-skewing. I think that’s really dumb. It’s a part of our world, and people that are part of the LGBTQ+ community need to be seen.

Sear: I’m kind of back to the drawing board, auditioning quite a bit. And if a good part is a good part, and it’s a good character, then yeah. Of course. Absolutely.

If a “Love, Victor” movie comes your way, would you say yes to it? Cimino: Yeah.

Sear: Definitely. Yeah, yeah. A hundred percent. Love to work with Michael again, and everybody else.