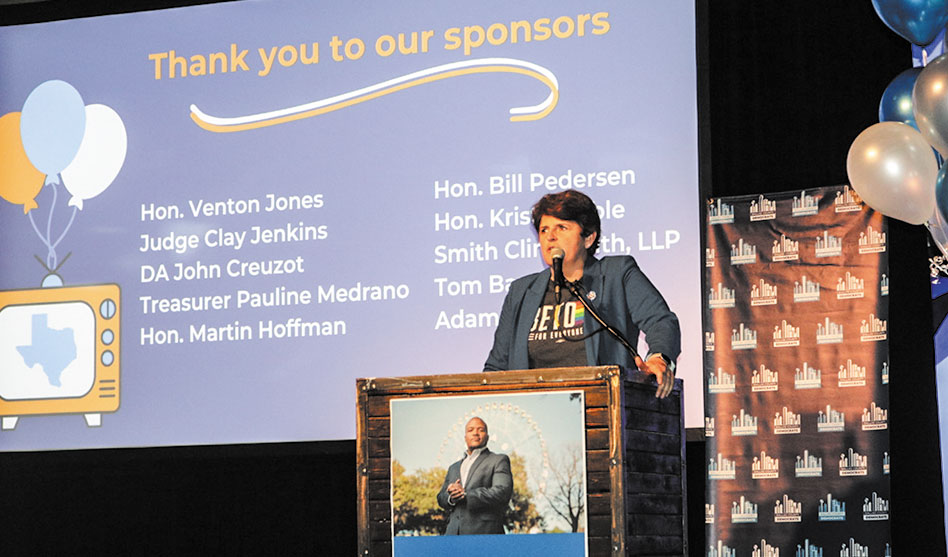 Local, state and national organizations weigh in on election results

Dallas County Democratic Party Chair Kristy Noble this week said she is proud of the work her organization did this election cycle. “We held the 12 [legislative] seats that we had, and, historically in a midterm election, that is a win,” she explained.

In addition, three of 14 Dallas County legislative seats will be held by LGBTQ representatives, and that’s a major win for equality, she added.

“And if we want to talk about turnout, Dallas at 43.7 percent was only second to Travis County and is 10 points better than 2014, which is most comparable previous election,” she said. 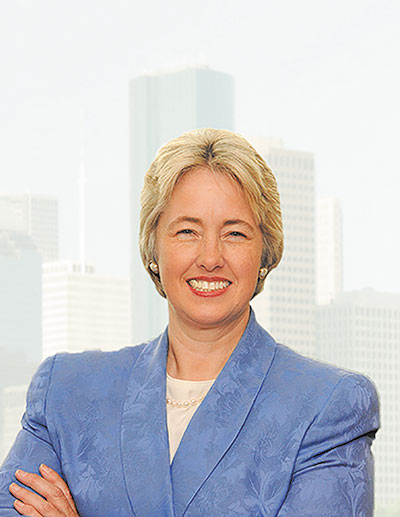 Noble acknowledged statewide results were disappointing, but in future elections, she said, Dallas County will be a leader in making those offices flip. She pointed out that Gov. Greg Abbott is already signaling the direction he’ll be taking in his upcoming term: He’s calling for an investigation into Harris County’s election. The state’s largest county had some issues with some of its voting machines.

“I haven’t seen anything concerning,” Noble said. “But Abbott will push it in the direction of the election deniers to continue the path of denying equal access to the ballot box. That will result in more voter suppression legislation.”

Noble said Abbott will try hard but ultimately won’t be able to prove any impropriety.

While the Dallas delegation to the Texas Legislature will work for equality mostly by derailing bad legislation in committee, Noble said she is especially worried about any bills relating to women’s right to choose regarding reproductive healthcare. “We know Democratic legislators will do anything within their power to protect the rights, health and lives of pregnant Texans,” Noble said.

Joni Madison, interim president of the Human Right Campaign, was optimistic about election results nationally, even though control of the House of Representatives will likely go to Republicans. The Senate, however, remains under Democratic control.

“Voters across the nation have sent a message with this election — they want a pro-equality majority, one that respects the rights of all people in this country, to set the course for the United States Senate,” Madison said. “America can look forward to a Senate that will respect and advance LGBTQ rights, abortion rights, voting rights and so many more freedoms that we all count on.”

In a press release, Equality Texas wrote, “This election was about sending a message that no matter who holds the reins of power in our state, LGBTQ Texans and our allies will never stop pushing for a better future. While we did not win every election or change the balance of power, there were victories that deserve to be celebrated.”

Victory Fund Press Secretary Albert Fujii called this month’s midterms “overwhelmingly positive” for the LGBTQ community, noting that 60 percent of his organization’s endorsed candidates won and a record number of trans and non-binary people will take office in January. And, he pointed out, two states elected lesbian governors.

“Both [governors] have a track record protecting LGBT and abortion rights,” Fujii said. “They have the opportunity to be outspoken national leaders.” And as the nation’s first lesbian governors, eyes from around the country will be on them as they become national figures, so “Symbolically, they’ll have a lot of power,” he added.

Fujii also pointed out that all the anti-trans legislation proposed and passed in states across the country in the last two years backfired on the extremist right-wing. In fact, these attacks on the trans community and specifically trans youth encouraged a record number of trans and non-binary people to run for office.

And a record number of them won their races.

Victory Fund CEO Annise Parker said she is delighted with how LGBTQ candidates fared in the election. Even with New York’s loss of two gay congressmen, the LGBTQ congressional caucus will increase by two. One of those winners is a Trump-supporting election-denier.

“We only endorse candidates who are pro-choice and trans-positive. We didn’t endorse him, but we’re working with him,” she said of George Santos from Long Island.

Another closely watched congressional race was that of incumbent Sharice Davids, a lesbian from Kansas. When Republicans redrew her district from more urban to rural, Davids changed committees to better represent her new constituents and won handily. Parker described Davids as smart and having great experience to represent her district.

Parker the three new LGBTQ members of the Texas House of Representatives will provide “additional voices against the expected ugliness.” She said all three will champion different issues as they represent their varied districts, but she expects Beaumont’s Christian Manual Hayes, who served as his predecessor’s chief of staff and knows how the Legislature works, to move quickly into Democratic Party leadership.

Parker said she expects the worst to come from the Senate, where, she said, Lt. Gov. Dan Patrick just changes to rules when it suits him. “If we elected more Democrats, he would change the number needed to move things in the Senate,” she said.

In Austin’s mayoral runoff, Parker said she thinks Celia Israel has an excellent chance to win. “When she entered the race, all the pundits said, ‘No way,’” Parker said. But even though Israel was outspent more than 3-to-1, she still received the most votes among the six candidates on the ballot.

Parker said Israel’s opponent, Kirk Watson, is a strong LGBTQ ally, but Israel came in first by offering the most creative ideas for solving Austin’s housing and traffic problems.

Parker said the lesson Victory Fund took away from this election is, “It is not a negative to be openly LGBT. The right candidate with the right message can win.”

And while Victory Fund endorses candidates, its non-profit arm, Victory Institute trains candidates to fill the pipeline. If we don’t run, we can’t play, she explained.

With races in February and May, Parker said her organizations has already begun the endorsement process for 2023. And Victory Institute has begun candidate training. The first week in December it will run its national leadership conference. On it’s website, the organization has begun building a virtual library of resources for people thinking of running.

Parker also explained that anyone interested in serving in the Biden administration should contact Victory Fund. More than 15 percent of the approximately 4,000 administration positions are filled by LGBTQ people, and midterms is a time for turnover.

Two of the people working in the presidential personnel office used to work at Victory Fund, so the organizations maintains an excellent relationship with the administration, Parker said.