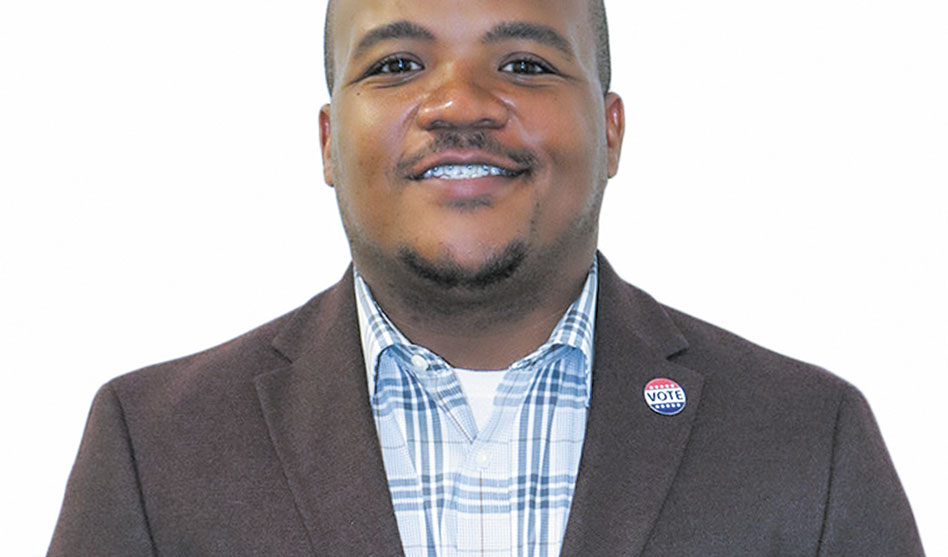 If Venton Jones wins his runoff, he is likely to become the first out Black legislator with HIV — not just in Texas, but one of the first in the country, according to the LGBT Victory Fund.

Several LGBTQ legislative candidates have won or made it to a runoff in the Texas primaries, but among those Victory Fund endorsed, Jones is listed as a spotlight candidate.

Jones, Fujii said, is a candidate that voters in Dallas should be excited about.

Jones is running for state representative in District 100. Whoever wins the race would be the fourth person to represent the district in just a few years.

Eric Johnson left the seat to become mayor of Dallas. Lorraine Birabil won the special election to fill the seat, but Jasmine Crockett won a full term in November 2020. Now Crockett is in a runoff to fill Rep. Eddie Bernice Johnson’s seat in Congress, and Jones is in a runoff against Sandra Crenshaw to fill Crockett’s seat.

“We need some stability in that seat,” Jones said, indicating that the people of District 100 deserve experienced representation. And while he was the only candidate in his race who hadn’t run for office before, he has deep roots in his district and 10 years of experience working in Washington.

His roots run so deep, Jones said, that he bought the house across the street from where he grew up and where his grandmother still lives.

Jones graduated from Texas A&M, where he was pre-med student, where he got his degree in community health.

Rather than going to med school, Jones began working in community health and received a master’s degree in that subject from UT Arlington. He said it made sense to help the community before they got sick, so he became involved in preventive care and education.

After college, Jones moved back to Dallas where he became one of the first employees of Abounding Prosperity.

Among the projects he helped launch was Chat ’n Chew where young Black men got together and discussed social and economic issues around managing their HIV.

From there, Jones moved to Resource Center where he helped launch United Black Ellument’s drop-in space in Deep Ellum. UBE was one of the first drop-in spaces for young, gay Black men anywhere.

He credits then-state-Rep. Terry Hodge with talking to him about being who he is.

“I saw her fighting for our community,” he said, and he decided he was going to fight — really, continue fighting — for his.

After receiving his degree, Jones moved to Washington, D.C., where he became the first full-time staffer for the National Black Gay Men’s Advocacy Coalition. At a time when about half of all new HIV cases were among Black men, Jones put together a program to build an understanding of public policy.

From there, he launched the National Black Justice Coalition’s first LGBTQ health and wellness initiative addressing issues around spiritual health, economic health and personal relationships as well as physical health.

While in D.C., he served on the board of AIDS United where he worked directly with the White House. In 2012, he was recognized by President Obama for his work on a variety of projects including the national HIV strategy.

Then in 2019, Jones moved back to Dallas. “I always wanted to go back home to work in my community,” he said.

He continued his community HIV work with the Southern Black Policy and Advocacy Network and became active in politics. He rejoined Dallas Stonewall Democrats and became a precinct chair.

Dallas County Democratic Party Chair Kristy Noble said Jones has supported candidates and party activities ever since moving back to Dallas. While not supporting either candidate in the District 100 run-off, Noble said she saw Jones evaluate all candidates in her own race for party chair before throwing his support behind her.

If Jones wins his run-off, Noble said, she expects him to take that thoughtful, deliberative process to the Legislature with him.

Jones said he believes that, in the area of healthcare policy, he can add to the conversation on HIV in the Legislature from a unique perspective. “Having someone with lived experiences makes a difference,” he said.

Among the other issues Jones would like to address is insurance coverage. He said it’s great that more people have insurance, but “astronomical deductions” prevent people from using that insurance. He’d like to do something about that.

As far as voting rights and newly-passed voting restrictions, Jones said Texas should have the kind of same-day voter registration that some other states have. Voting hours should be extended, and staffing at polls should be increased.

And mail in voting should be made easier — not easier for the lieutenant governor’s voters and restricted for everyone else.

“We need to make the voting process easy,” Jones said.

To help the economy of his district and a number of other minority districts across the state, Jones said he would like to see state contracting include hiring more minority-owned businesses.

As for infrastructure, he takes a community-based approach there, as well. Not only should streets be repaired and deck parks be built, “but programs should be created for communities to take advantage of those things.”

During the last session of the Legislature, Jones was a foster parent.

“They were questioning our ability to be parents?” Jones asked. “We’re under constant attack. We need nondiscrimination laws at the state level,” he said.