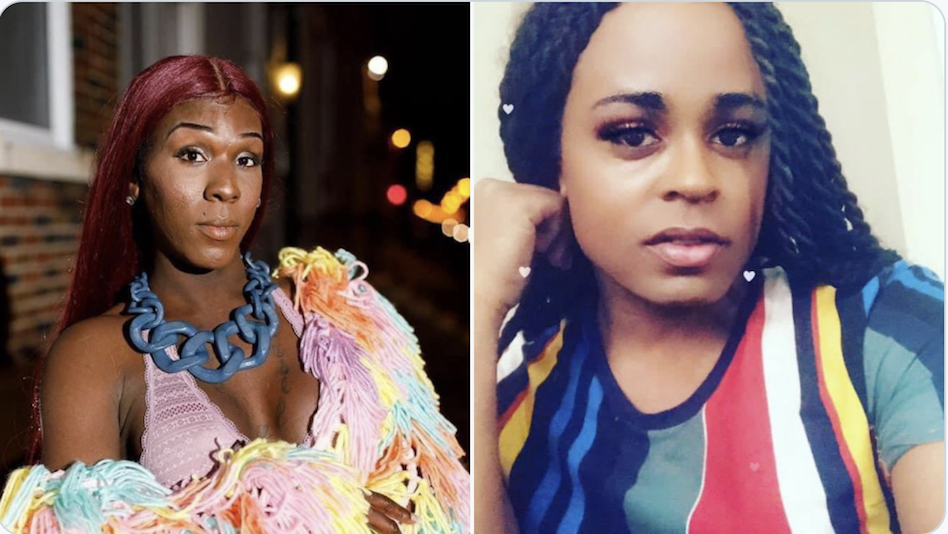 Two black transgender women were murdered last week within 24 hours of each other.

Riah Milton, 25, of Liberty Township, Ohio, was shot several times during an attempted robbery attempt on Tuesday, June 9. She was a home health aide and attended the University of Cincinnati. Two people have been arrested and police have a warrant for a third.

Dominique Rem’mie Fells, 27, was found alongside the Schuylkill River in Philadelphia on Monday night, June 8. Her death was ruled a homicide and police are still investigating. No arrests have been made. They think she was killed elsewhere and her remains tossed by the river.

At least 11 other transgender people have been violently murdered so far this year.

Equality Texas released the following statement on the murders:

Waking up to news that Dominique “Rem’mie” Fells and Riah Milton, two black transgender women, were murdered is devastating. Their death is felt deeply by a community they may not have known they had here in Texas. Geographic boundaries to injustice don’t exist. While we still don’t know the specific details surrounding their murders, just knowing their intersectional identities as Black trans women adds to the palatable pain and trauma already felt by our communities.

Black and brown trans women fearlessly showed up for us to launch the modern LGBTQ+ rights movement. But in the past, when Equality Texas pushed for legislation like the James Byrd Jr. Hate Crimes Act, we made concessions that excluded transgender people from protections available for victims of crimes caused because of a bias against their gender identity or expression. Policies have an impact. Eighteen years later, what was seen as a win for the LGB community has translated to Texas leading the nation in transgender violence in 2019. Our state can do better; Equality Texas can do better.

The ongoing crisis of transphobic violence needs to be addressed in this country and Texas. The 87th Texas Legislative Session is less than six months away. This session is critical to advance the rights of transgender people. Equality Texas will fight to update the James Byrd Jr. Hate Crimes Act, proactively seek to pass a comprehensive nondiscrimination bill, which would extend protections for LGBTQ people in employment, housing, and public accommodations and work to eliminate an offender’s ability to use sexual orientation or gender identity as an excuse for violent action — eliminating the gay/trans panic legal defense.

Transgender people deserve to thrive and live long prosperous lives. We want our trans community who don’t feel seen or heard to get beyond merely existing in fear and instead feel free from the burdens of compounded oppression.

These vibrant women had a lot of life to live – they had a right to live. They deserve justice. As many of us join Black Lives Matter protests, we need to remember that battle cry includes Black trans lives.