TRAVEL: Getting back out — safely

Tips for safe travel beyond the COVID rules 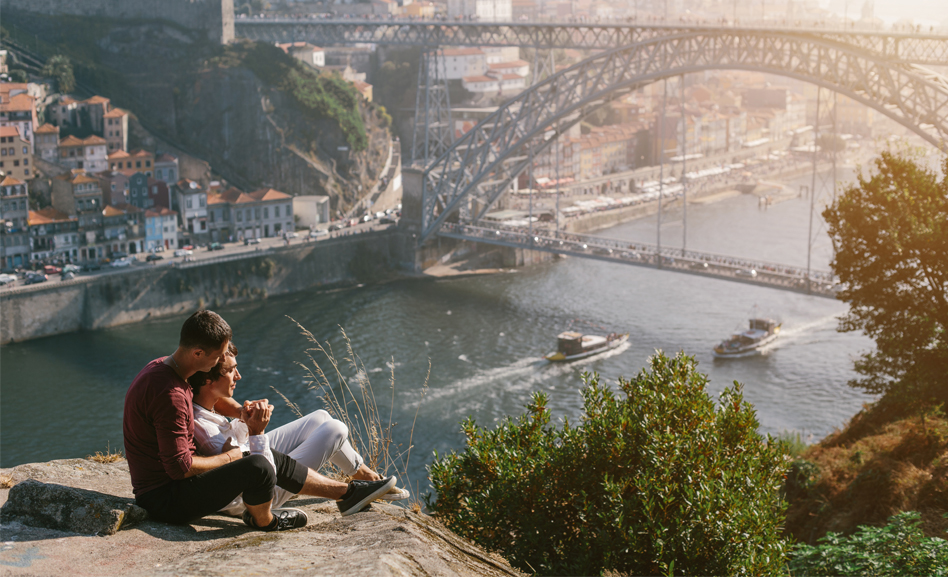 As travel rebounds and some international borders open to U.S. residents — especially, or exclusively, if you’re fully vaccinated — you’ll need to pack more than a suitcase to ensure safe trips during the pandemic’s latter days, and far beyond. After all, it’s not quite a COVID-free world yet, nor will it be for a while. (And yes, I’m death-staring at the self-destructive, reckless, stupid gays who traveled to dance parties and other superspreader events during the heights of the pandemic.)

Since the world packs travel hazards besides COVID-19, from accidents to dangerous local scum and villainy targeting queer tourists, here’s some dead serious and hunty advice and resources for LGBTQs to take into consideration. Bon safe voyage, bitches!

Before booking that flight, cruise, hotel or car rental, secure a travel insurance policy. Be sure it covers COVID-19 related calamities, including hospitalization and cancellations on either your end or that of the airline, cruise line, hotel, tour company, etc. (as many learned since March 2020, their policies did not).

For several years before the pandemic hit, I took out an annual individual policy with Allianz (they’ve added COVID-19 benefits to some policies), which I made one claim on during early 2019 for a doctor’s visit in Singapore. The claims process was easy and paid out in a timely manner — a simple urgent-care illness situation that included medication.

When my husband joined me in Bangkok for just a week, I purchased a single trip policy from Travel Guard for him (which does not appear to cover COVID-19 as of now). LGBTQ-friendly insurance company Seven Corners, meanwhile, offers policies for both singles and same-sex couples, and can even ensure you stay together if a medical evac is required for one partner. Seven Corners also offers policies covering COVID-19.

Lastly, if you have homeowners’ insurance, inquire whether your personal property is covered against destruction or theft while traveling.

Be sure to activate your phone’s, pad’s and laptop’s geolocation features. Worst-case scenario, you know beyond a shadow of a doubt that your iPhone’s been stolen if it’s suddenly five miles away from where you last left it on a table, and you can deactivate the device. (Also, though, don’t leave your iPhone on a table)

I’ve learned it’s an all-too-common practice for airlines to take bags off planes pre-departure if the vessel’s too weight-heavy or may excessively tax its fuel supply. They won’t always confess that yours lost the lottery and tell you where it’s chilling out. But Apple’s new tracking device, AirTag, will essentially spill the tea.

Homosexuality is still illegal and even punishable by death in parts of the world. Some of these anti-gay laws entail toothless legislative holdovers, like Singapore’s Penal Code Section 377A, which remains on the books despite ongoing legal challenges and an open, even thriving local gay scene (and entertainers like “Drag Race Thailand” queen Vanda Miss Joaquim). But as of April 2021, countries with death penalty on the books for same-sex relations include Iran, Saudi Arabia, Afghanistan, Pakistan, Northwest Africa’s Mauritania, Nigeria, Somalia, Yemen and the United Arab Emirates.

Beyond the personal safety issue, there’s also the question of whether to spend money in places inhospitable to LGBTQs, either socially or politically, like transphobic Arkansas, Jamaica and hateful-assed Poland, which continues to piss off the rest of the European Union with its never-ending conveyor belt of anti-gay and anti-semitic bullshit.

I’ll admit, I like visiting Poland. I’m part Polish, although you’d never tell by looking at me. But one night, casually taking photos in a Kraków gay bar, a young gay Pole lunged at me from across the room (he actually dove underneath a table, like a submarine missile, to make a straight beeline), asking why I was shooting in his direction, both enraged and terrified. That was the last photo I took in a gay space.

Alternately, to some, traveling to these places is a form of activism, visibility being a necessary part of change, while also supporting the local LGBTQ+ businesses and community.

Human Rights Watch maintains a series of online maps of countries with anti-LGBTQ+ and anti-gender expression laws, plus those with age of consent disparities between same-sex versus heterosexual individuals. It’s worth a look. So is travel bloggers Asher & Lyric’s whopping 150-country list of best and worst countries for LGBTQ+ travel in 2021, while our own U.S. State Department boasts a fantastic information and resource page for LGBTI international travelers. There, you can find safety tips, how to reach U.S. Embassies and Consulates while abroad (“Consular officers will protect your privacy and will not make generalizations, assumptions, or pass judgment,” it promises) and a TSA info page for Transgender Passengers.

Googling your destination and “anti-gay” could produce up-to-the minute news developments that may inform your plans. A Molotov cocktail attack on a Laguna Beach, Calif. gay bar in mid-2020, for example, is a pretty clear “maybe not right now.”

Egypt has long been an LGBTQ+ traveler’s fave, but the past few years saw an increase of disturbing anti-gay and anti-trans violence, harassment and detainment by the police. Largely Islamic Indonesia keeps seeing waves of political crackdowns on and vilification of queers — including raids of Jakarta bathhouses and, just this past August, a private gay party — while Indonesia’s Aceh province is ruled by Sharia law and sees public lashings and life-destroying shamings (plus, this border-crossing cyber hate campaign bullshit). Indonesia’s island of Bali, however, is extremely LGBTQ-positive and tolerant, and not informed by hateful fundamentalism. Go there, henny!

Life isn’t always a gay cruise or a strut down Santa Monica Boulevard. In some cultures, PDAs between people of any gender or sexual identity are completely frowned upon and offensive, so look that up and, even better, look around you once you arrive. Watch (nonchalantly, not in some creepy way) how locals behave before indulging in PDAs (don’t be surprised to see men affectionately holding hands like Sex and the City girlfriends in Arab countries or India; it’s a cultural norm, despite the homophobia). Conversely, if you’re in a known gayborhood like Tokyo’s Shinjuku Ni-chome or Mexico City’s Zona Rosa, live out loud and flash those conservative locals the gayest smile you can.

I’ve never been pickpocketed (and probably jinxed myself writing that), but if this ever happens, or if you misplace important documents, a wallet, etc., have copies ready in the cloud, including booking numbers and, of course, travel insurance policy. Use iCloud, DropBox, whatever — just be sure it’s an encrypted service. Now you can more easily request replacements and access important numbers to cancel credit cards.

If you’re legally married or partnered, also have copies and cloud backups of your marriage license and anything related to power of attorney and medical access. Especially here in the good ol’ freedom-y USA where some nosy “Christian” nurse in a some “Red” area hospital may attempt to refuse a same-sex spouse access to a hospital unless you’re packing legal documents and a winnable lawsuit.

Ask me about the time the large bottle of Swiss Army silicon lube, which I had previously opened and used some of, burst inside my suitcase en route to Thailand, where I discovered that silicon lube isn’t even available. (The good news: three cycles through the laundry and the stains were out of my shirts) Bring new, unopened bottles of your favorite lube(s); pack them in a couple of ziplock bags and a large padded envelope, and make sure they — and any liquid for that matter — aren’t too tightly pressured by all your other stuff.

If you have preferred brands of condom, bring those, too. In some countries, condom brands and sizes can be very different from ones available in the U.S. — just like clothing. You’ll be hard pressed to find anything like an XL-sized Magnum in Japan. “Foreigners definitely think that Japanese brands in general are too small,” admits Andrew Pugsley, a gay Tokyo-based Canadian expat whose excellent gay vlog Tokyo BTM is chock full of insider deets on the culture, city and queer nightlife.

Japanese condoms are also supremely thin — all the way down to .01 millimeter, which is basically like wearing thick air — which some may appreciate (and take home in mass quantities, just sayin’), but others find less assuring than Lifestyles or Trojans and hard to roll down without tearing. And yes, I’ve conducted many experiments for the sake of “research.”

It can happen anywhere in the world, including home, but apps and hookup sites are swimming with scam artists and bad news freaks. In some countries, apps are used by homophobes and zealous anti-gay police to entrap, jail and torture LGBTQs. In other cases, you could get robbed, especially in second and third world countries where first world tourists represent an easy, even deserving in their eyes, mark.

If you do meet someone online, take precautions. In countries where locals target tourists, five-star hotels will often require visitors leave their ID at the front desk and won’t allow them to retrieve it and leave until you give a sign-off by phone. If someone refuses to visit your five-star hotel (especially if they use the, “I don’t like hotels because they’ll treat me like I’m a prostitute” excuse), that’s a red flag. And if you do have a new “friend” over, put those valuables in the safe first.

Don’t put your PrEP in check-in luggage. I repeat: Do not put your PrEP in check-in luggage. Ever. If it’s medication you need daily, you’re risking missed doses should that bag get lost (or purposely purged from the plane to lighten its load; see above), and worse, if the drug isn’t readily available where you’re headed. Keep them in your carry-on only!

Also, for fuck’s sake, don’t bring recreational drugs into a country where you can go to jail for it. It’s a really wise use of 60 seconds on Google to look that up, because tourists will not be treated with leniency. It’s a lesson you don’t want to learn.