Trans — a legacy of change 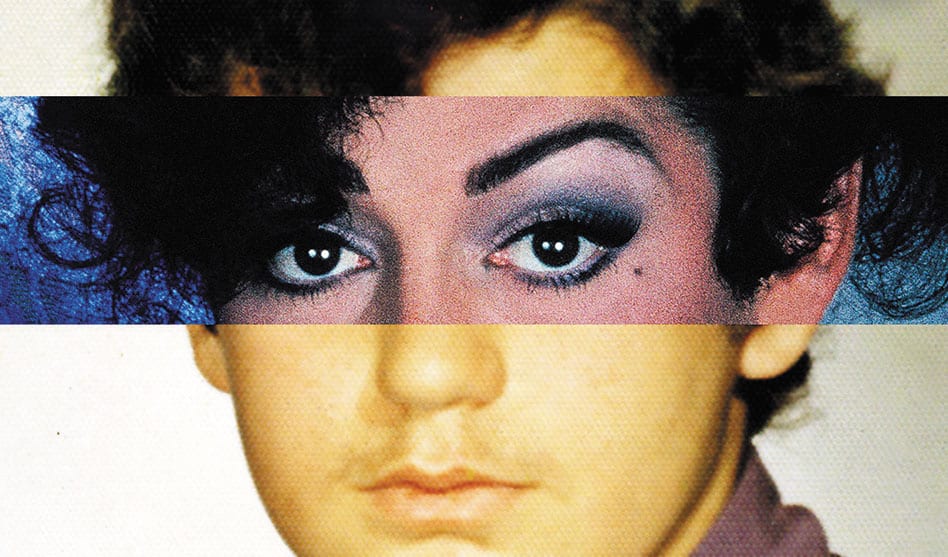 In his family of almost all boys, Brian Belovitch stood out because he lacked something his brothers had in abundance: hypermasculinity. Belovitch was soft and chubby, with curls and long eyelashes and was often mistaken for a little girl as a preschooler, which was just fine with him. He enjoyed his femininity, even though he knew that it would get him a beating — if not from his brothers, then from his father.

Even as a young child, Belovitch says, he was overly-curious about sex, and especially about the male body. Girls held no interest …. but boys were another matter. He was in fourth grade when he had his first sexual encounter, with a slightly older male classmate.

By his early teens, Belovitch had discovered alcohol and shoplifting. He’d run away a few times, and visiting gay clubs near his Rhode Island home was, for him, a natural next step. After a traumatic coming-out to his family, he moved in with a man he considered his first real friend; it was through Paulie that Belovitch met a community of trans women.

That was when Natalia was born. She was beautiful, sexy, “my own special creation,” says Belovitch of himself as a trans woman. Natalia was the toast of New York, a model and actress thanks to hormones, silicones, pilfered clothing and a desperate need for love. Belovitch got married as Natalia, and divorced; she led him to prostitution, heroin, cocaine, alcohol, HIV and an attempted suicide. He was Natalia when he reached out to friends and sought therapy. As Natalia, he took a“look at the direction in which my life was heading.” Belovitch was Natalia when he realized that he was “feminine-inclined,” but Natalia had to go.

Toward the end of this totally frank memoir, Belovitch says that if it wasn’t for the AIDS epidemic, his story would be “as common as salt.” Readers may find that arguable, since Trans Figured goes well beyond unique. Beware, though, that it’s going to put you through the wringer.

Belovitch is completely open about the abuse he experienced, and his recounting can be graphic (it contains nudity inside). Also know that nostalgia for the 1970s may hit you but that’s going to include a breathlessly steep plunge into memories of cocaine, promiscuity and epidemic.

Still, and without giving too much away, there’s a happy ending to this memoir, one that manages to educate readers as it oddly entertains them with stories of times past. It’s a happy ending well-deserved and well-told and, considering the overall uncommonness of Trans Figured, it fits. 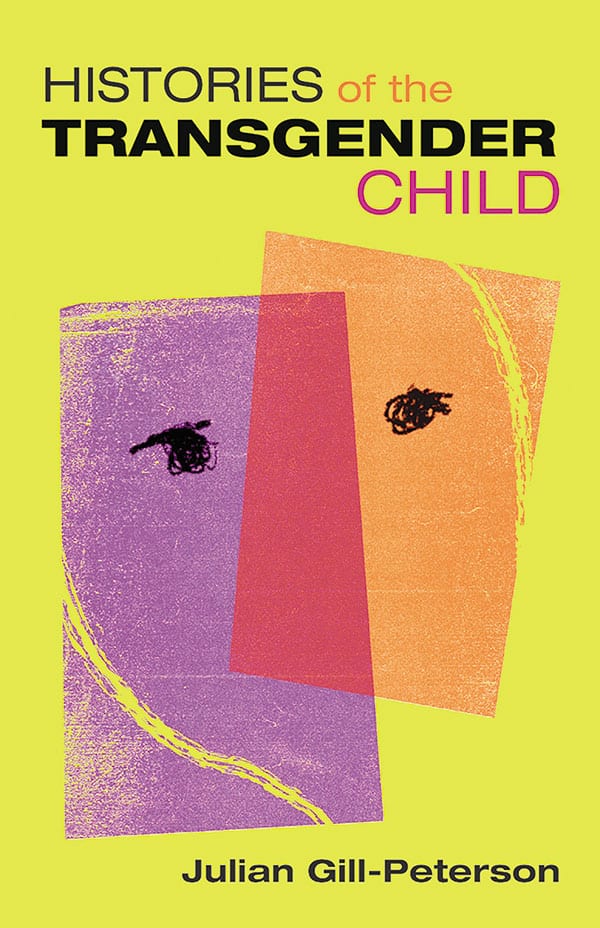 Histories of the Transgender Child by Julian Gill-Peterson (University of Minnesota Press 2018) $24.95; 288 pp.

The study of endocrinology had a fowl beginning. In the 18th century, scientists — determined to learn more about what made male and female sexes — removed the testes from birds, observed a certain amount of feminization, and then transplanted the gonads back into the birds. Alas, because they put the organs in the birds’ stomachs, little was learned; even so, it led them to think about kids and the male-female characteristics children possessed. They began to believe that gender identification was pliable, and that children didn’t fully become either until they reached a certain age.

By the 20th century, better understandings of human anatomy, psychology and hormones led to new ideas that spurred doctors to take bold steps to help children with genitalia that didn’t fit the norm at birth and didn’t match their sexual identity later. Those kids underwent treatment that seems invasive, almost horrifying, but that gave at least some relief from the feeling of being bodily trapped.

These operations were supposed to have been kept quiet, but that was impossible. This, says Julian Gill-Peterson in this book, led to an influx of adults who sought American doctors for “sex change” operations. In the years surrounding World War I, those who were successful in their search told tales of themselves as children, making do with the resources they had, being isolated, yet sometimes enjoying a surprising amount of support from family who let them choose the gender in which they felt comfortable.

In the introduction, Gill-Peterson indicates that the current narrative paints today’s trans children somewhat as pioneers. Nothing can be further from the truth, as you’ll see here, eventually. Maybe.

Maybe, because Histories of the Transgender Child is written very much for scholars in concept, medical jargon and words that will send the most casual reader dictionary-bound. Doctors should grasp this book easily; non-medical professionals may be tempted to put it aside.
But don’t. Yes, it’s a challenge to read, but it does get easier as actual personal anecdotes become more plentiful. These tales also serve to show how society, shame and social mores affected children and former kids who had few places to turn; it also shows how understanding of trans individuals grew while attitudes at large worsened.

Here is the peek that most casual readers want from this book, one that’s more relatable and more social-history-based; these same angles also bring unsettlement as readers see racism creep into this overall tale, and Gill-Peterson explains how doctors often saw patients as mere experimental vessels.

So don’t ignore this book. Just be aware that it’s scholarly, so it needs more time to develop appreciation. Give yourself that, and Histories of the Transgender Child could be a book to start. 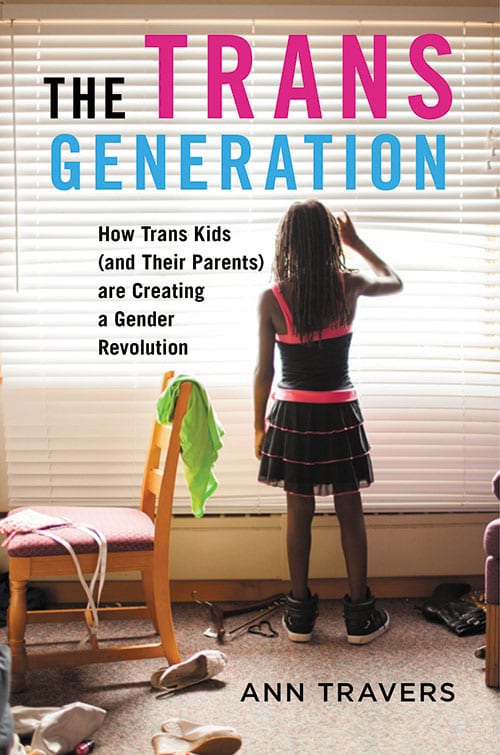 The Trans Generation: How Trans Kids (and Their Parents) are Creating a Gender Revolution by Ann Travers (New York University Press 2018) $25; 261 pp.
It is a boy or a girl?

That’s a common enough question, if you’re an expectant parent. You might’ve even wondered it yourself: Will you need pink things or blue, and what name will you choose? For generations, it’s been an exciting decision for prospective parents, but Ann Travers asks in The Trans Generation if it’s a prudent one. Maybe letting the child decide would be a better choice.

Fifty-six years ago, when Travers was born, the maternity doctor unwittingly caused a lifetime of hurt: “It’s a girl,” he said… and Travers spent years trying to untangle what it meant. That is part of what drives this book. The other part is the desire to improve the lives of trans kids through understanding.

Getting to that point is harrowing: Ninety-five percent of transgender kids in one study felt unsafe in their schools. Many report that physicians misunderstand kids who are gender-nonconforming. Trans kids attempt suicide and/or self-harm at very high rates and, says Travers, “many grow up hating their bodies” Most employ several kinds of coping mechanisms to live their lives.

In writing this book, Travers — who uses the pronoun they — interviewed a wide variety of trans kids from the U.S. and Canada (19 in all, ages 4 to 20, plus 23 parents). The children mostly came from middle-class families, which allowed them privileges such as better access to medical care and chances to change schools if they needed to do so. Other children Travers interviewed lived in poverty, their stories illustrating how being a trans kid can be socially and medically isolating, and how lack of access to needed resources can affect their well-being.

Parents, of course, can affect that well-being, too, but it takes a “phenomenal amount of care, advocacy and activism… to push back against cisgendered environments,” schools, sports, binary-only bathrooms, social activities, medical facilities and politics. It takes a willingness to learn, listen and lean in. 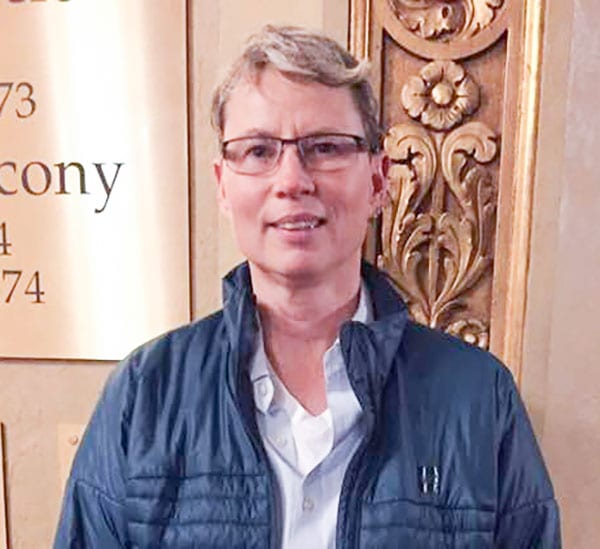 Not just for parents, but for teachers, advocates and loved ones, The Trans Generation is one heavy-duty book. Writing with a bit of a scholar’s voice and occasional, relatively advanced, science and law studies, Travers also offers plenty of eye-opening chats with trans kids, which turn out to be the most helpful, useful and even entertaining parts of this book. From the mouths of babes, as they say, those interviews give insights that adults will find to be wise and thoughtful, even monumental.

They’re also heartbreaking, but considering the kids readers are introduced to, and the singular interview with a 16-year-old who made her own hormone treatments in her high school’s laboratory, they’re a good indication of hope for the future.

While you could be forgiven for skipping to those case studies, you’d be missing out. The thicker parts of The Trans Generation are worth reading and reflection and are deeply instructive on pronouns, on gender fluidity and on being trans in a cisgender-based society. They are also serious and weighty, but that kind of rock-solid information could make this book the right choice.