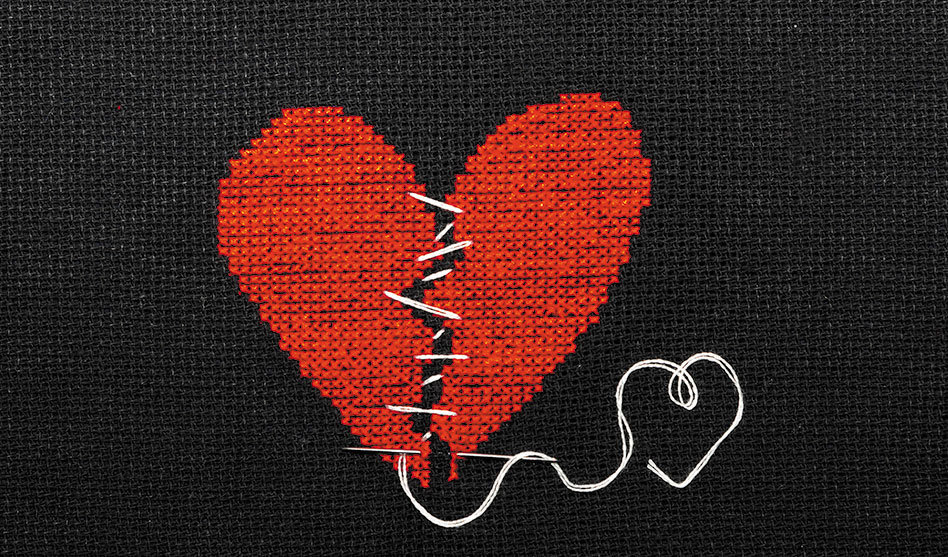 But we still have not forgotten 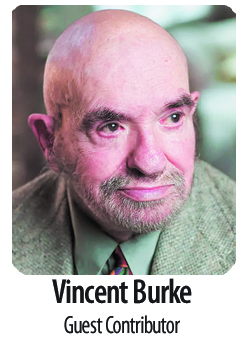 Forgiveness is a four-letter word. That’s what many of us who have suffered anti-gay bias will say: Don’t talk to us about not having hard feelings. No ill will, no bitterness? No way!

And who could blame us for our resentment? The job we lusted after and were qualified for went to a straight person. The apartment we pictured ourselves and our girlfriend in went to a mixed couple. And those probing questions about our personal lives? We all experienced it.

But I believe it’s now time for forgiveness. That’s the focus of my book, Forgiveness: A Gay Man’s Memoir. Chief among the reasons is that society was brainwashed all the way from medieval times, and now has generally shed that ancient indoctrination.

Biased people — let’s call them bigots — were victims, too, just as we were. They were subjected to brainwashing when punishment of same-sex love ran the gamut from ostracism to imprisonment and execution. All society subscribed to it. It began when a child first heard the “q” word.

Everyone was pressured to believe that we were abhorrent.

It was also thought that gay people were rare, since we were required to stay hidden.

Until recently, straight people could not imagine our numbers. Then came the Stonewall riots of 1969, encouraged by crowds of gays, followed by a slew of celebrities publicly outing themselves. A wave developed, with thousands declaring their pride. Society was stunned. We weren’t monsters, just normal men and women.

Society changed its mind about us, at least in developed countries. There’s no longer a need to be undercover. A male presidential candidate talked about his husband. Why, even Superman has come out as bisexual!

A recent Gallup poll found that 63 percent of Americans favor gay marriage. That’s two-thirds of society. A CBS News poll in 2020 found that 82 percent of Americans say lesbians and gay men should be protected under federal civil rights laws. That is remarkable. Even though 14 percent do not favor protections, I look to the large majority.

If I only had been born in this enlightened time, I could have avoided lies and hiding. I could have unashamedly been myself. The society that would not tolerate me if I disclosed my orientation has come around — or at least a decided majority has.

So, it’s time for forgiveness.

I researched forgiveness, and found quotes that inspired me. Leo Tolstoy observed: “Let us forgive one another; only then will we live in peace.” Mark Twain was poetic: “Forgiveness is the fragrance that the violet sheds on the heel that has crushed it.”

So I’m writing letters of forgiveness to those whose bias affected my life, and my letters are in my book. No need to mail the letters; the gratification comes with writing them.

I review my years as a newspaperman, and consider a letter of forgiveness to fellow reporters who told crude jokes about us. I weigh a letter of forgiveness to the teenagers about to beat me up. Legislators whose laws would make me a felon? Maybe. Psychiatrists who called us all mentally ill? They’ll be considered for a letter. And my advertising colleagues on Madison Avenue who made me uncomfortable by using a coarse homophobic epithet may get a letter.

The letter to the police at Fire Island will be the hardest to write. I pen my letter:

“Officers, you may not remember this, but you were in plainclothes, standing on a boardwalk in the shadows, silently observing gay men just yards away, cruising. It was time to make your arrests, and you began by shouting, “Gentlemen… .”

“I took off like a rocket with at least one of you chasing after me. It never occurred to me that you might shoot me in the back. I took the steps down to the bay with two leaps, and waded out in the water. I was right that you wouldn’t follow me because you wouldn’t want to get wet.
“Can you imagine how frightened I was to risk flight rather than be arrested? I don’t want to think of what would have happened to me if you had caught me. You would be really mad. Would you have beat me up?

“Afterwards, I wondered how you felt about your night’s work. As usual, you came to Fire Island Pines in your police boat, snuck around the community in street clothes pretending to be gay, handcuffed us one by one until you had enough to make your efforts worthwhile. Did you wonder about the distress of the men you put in your boat? Did you see their misery? When you released their names to the paper, did you think about the jobs that would be lost, the careers halted? Did their families enter your mind? Or did you consider us animals to be culled?

“Excuse me, Officers, I’m getting carried away. The purpose of this letter is not to interrogate, but to forgive. You were ignorant, as society was, unaware that we were human beings like you.

“Time has moved on, and such police activity is greatly reduced. Generally, we are accepted. There are even policemen who are out as gay. I’ll bet you never anticipated that. In New York City, they’ve formed the Gay Officers Action League.

“So, celebrating the new times, you’re forgiven. Incidentally, thank you for not shooting me in the back.

How about you? Ready for forgiveness? Remember, it’s healthy.

Vincent Burke is the author of Forgiveness: A Gay Man’s Memoir.