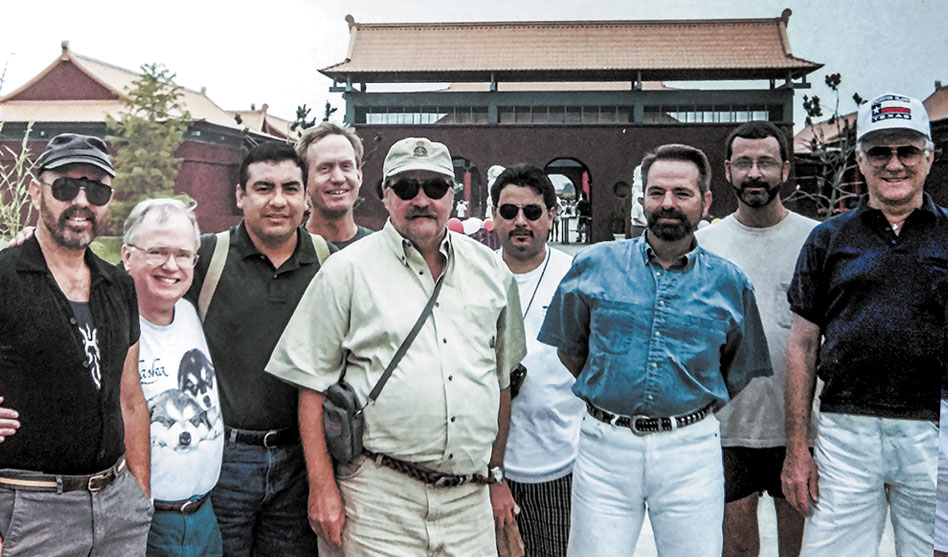 Plant daddies may be a whole thing on TikTok and Instagram where millennial and Gen-Y dudes are discovering their love of plants. But they’ve got nothing on Dallas’ original plant daddies. The members of the Rainbow Garden Club have been cultivating not only seedlings but friendships for 30 years — and they are celebrating that longevity in 2022.

Over the past three decades, Rainbow Garden Club members have shared individual knowledge while also enjoying the chance for social interaction with those of similar interests who were also gay and lesbian. It all started on the internet.

“It started back in 1992, and there was this thing called AOL,” RGC President Stan Aten said in a phone call this week. “Jesse Rocha and Lou Begley were in a gardening chat room, and the idea started.”

Aten has been with the group since its inception. He was recruited as a consultant by Rocha and Begley, along with Gene Lulis, to help start the group. But when he bought his first house, his own gardening interest kicked in. Thirty years later, he’s still planted deep within the group. 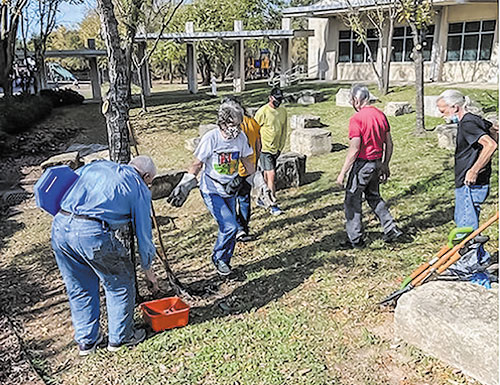 Aten boiled down Rainbow Garden Club to four distinct points: “We offer helpful hints; we have tours; we are a source of information, and we have fabulous food,” he said. “That about sums us up.”

That is a fair bullet point list of what the Rainbow Garden Club offer for its members and anyone interested in learning more.

They started out rather simply according to Aten, but over time, the RGC developed a structure.

“We would do a couple of programs early on, but now we usually do about 10 or 11 programs a year,” he said. “We travel all over Texas to get our best ideas. And we’re members of the Texas Garden Clubs which connects us to other groups.”

To mark its 30th anniversary, the group has three celebrations scheduled for 2022. The biggest celebration is open to the public, giving people a chance to meet the gardeners.

“Our 30th anniversary celebration will be at North Haven Gardens on Sunday, Feb. 13, from 2-4 p.m.,” RGC Secretary Mike Matthews mentioned in an email.

Rainbow Garden Club took advantage of COVID down time to rebrand, debuting its new logo at a club pool party in 2021

The group will also host a progressive dinner across member gardens in April. In the fall, the gardeners will host high tea at the Dallas Arboretum. Members will talk about both the history of the group as well as its outreach.

“We do community projects and have a couple out right now for people to see,” Aten said. “We have the courtyard garden at the Hampton-Illinois Dallas Public Library, and we also transformed an area at Dallas Heritage Village into a garden. We also helped fund the Santa Fe Trail.”
The group also had an impact in the gayborhood back in the ’90s: “We had a project at the old Resource Center on Reagan, and we had projects at the time with AIDS Services of Dallas,” Aten said.

The group normally meets on the second weekend of the month, but like everyone else, COVID stopped them in their tracks. Still, it turned out to be a time of reflection for the group with an eye toward the future.

They have redesigned their brochures and business cards and rebranded with a new logo. Along with that, the group’s website — RainbowGardenClubcom.wordpress.com — is a remarkable wealth of information, photos and even a list of awards won by RGC.

“It was time to update,” Aten said. “God only knows what the next 30 years may look like, but I think we provide a valuable service that I can see continuing. We meet the needs of the current generation and maybe teach the next one.”