Lee Walter finds her ‘Kinky’ side 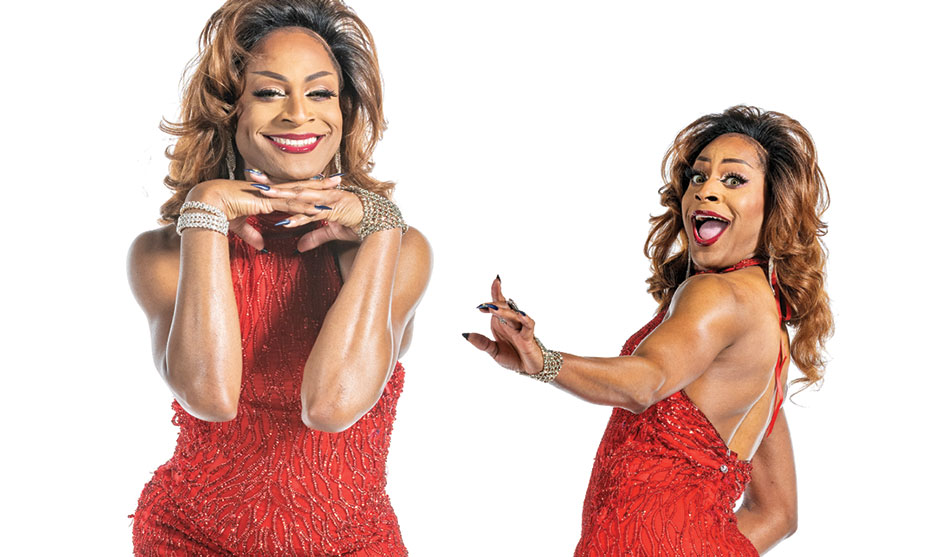 Lee Walter is no stranger to fabulous costumes or even high heels. She’s locally famous for her drag persona, Jada Pinkett Fox, but even that didn’t prepare the actor for her role as Lola in Uptown Players’ newest production of the musical Kinky Boots.

But it wasn’t the wardrobe that made her reticent, it was Lola.

“I was terrified of doing this show. It is a beast vocally, and then, honestly, I’m not a huge fan of accents,” the actor said with a laugh. “But with this show, you just have to do it. You can’t freak out.”

But at the same time that the role has her terrified, she said, it has helped her a lot as an actor.

“It helps me as an actor branch out of what I do normally in a drag type of role. I’m trying to make Lola not me, basically,” she said.

Audiences can see Walter’s take on Lola when Kinky Boots opens today (July 15) and runs through July 31 at the Kalita Humphreys Theater.

While it could be seen as just a fun, fabulous show, Walter has found a lot of it to be personal as well — mostly through its songs. Her character has two of the most emotional songs in the show, songs that hit deep in different ways. 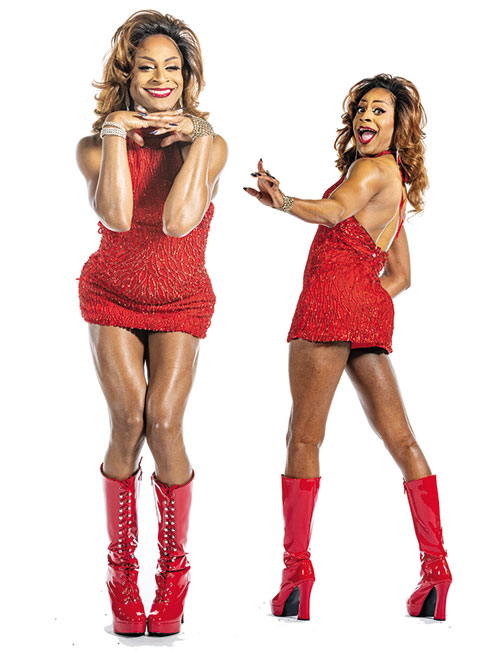 “I’ve been doing ‘Not My Father’s Son’ for a while now in my act, but it does hold extra meaning for me,” Walter said. “My relationship with my own father is nothing like the character’s, but in the song, I’m replacing that connection by putting my relationship in that place to make it make sense. It also makes it tough.”

Walter said that her other ballad, “Hold Me in Your Heart” is an even tougher one. The two songs vibe into her personal feelings but also open her eyes.

“Me being my true self has opened my eyes [to the fact] that I don’t have to give up anything to be happy, and if someone’s asking for that, that’s not love. Singing it out loud helps resolve that a bit,” Walter said.

But on the flip side, the finale is a banger number, and “Just Be” speaks not just to the show but to the current dialogue in the country. The lyrics can be relevant to the current state of queer rights, trans rights and even women’s rights.

“Singing that is so empowering because it is hard to live in our truth without some kind of ridicule,” Walter said. “We had a discussion about this with our assistant choreographer, and he said that this is the perfect time to do this show. I think it will definitely resonate with the Uptown audience.”

Walter may feel empowered through song, but she added that she’s certainly inspired by Lola, too. She relates to the character’s stubborn demeanor, and, when Walter dons Lola’s colorful wardrobe, she finds an added strength.

“I feel she is a bit more confident in who she is than I am. She reminds me that I have room to grow, and she definitely inspires me to be more confident. I’m very quiet and reserved, and she isn’t like that at all,” the actor said.

And of course, thigh-high cherry red boots can certainly help.

“These boots are amazing. My own boots are kinda cheap because, hello, working artist here, but these are obviously built for men and everything is reinforced,” Walter declared. “I could probably do a tumbling pass and be perfectly fine in these.”