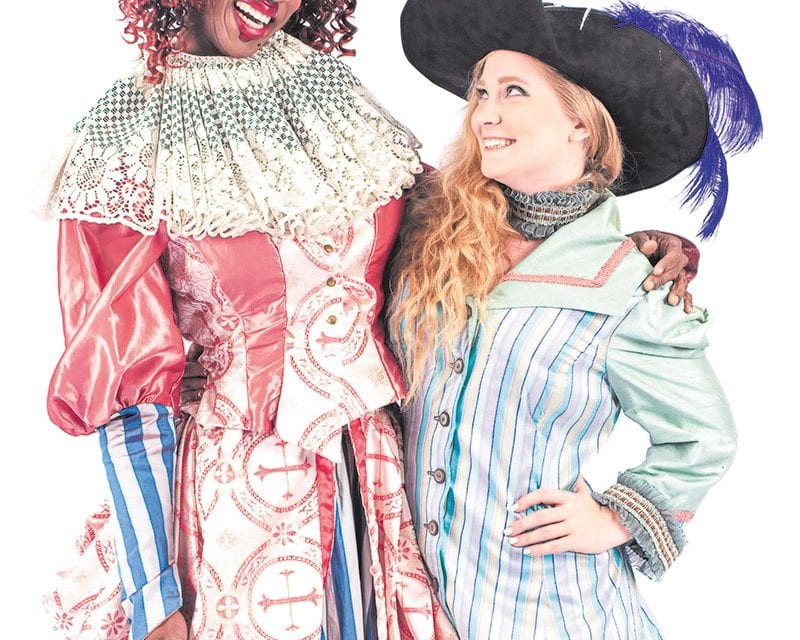 Mark Twain defined a “classic” of literature as something everyone talked about but nobody read. The performing arts have a similar category: The “holiday tradition.” It’s a tradition that ballet companies do The Nutcracker (Texas Ballet Theater is doing it right now, as is MBS Productions its parody version); choral groups sing “Silent Night” and “The Hallelujah Chorus;” orchestras perform pops concerts of “Rudolph” and “Silver Bells;” theaters trot out versions of A Christmas Carol each year; and in England, the panto is a revered celebration of the holidays.

Here in North Texas, Theatre Britain has long shared its affection for the panto with American audiences. It’s an interesting confection, the panto (short for “pantomime,” though I’m not sure why). The form is as full of tropes as the ocean is fish: There’s a dame — a female character played by a man in drag; a boy hero — played by a woman (Peter Pan is a famous variation); there are ghosts, puppets, audience participation, sing-alongs, hissable villains and tons of sexual double entendres … yet all aimed above the heads of the kiddos, who make it a family favorite.

I had never experienced a panto until attending my first from Theatre Britain about 15 years ago, but I have rarely missed one in the interim. They are silly trifles, often attended by as many kids as adults, but the campiness has always been a draw. Some (all written by Jackie Mellor-Guin and directed by Sue Birch) have been better than others, sometimes my mood has been more receptive … but the panto has long been one of my Christmas traditions.

Only this was the last one. Theatre Britain is packing up shop, as Birch and her husband Ian return to their native England next spring. Our source of panto will dry up, locally at least.

Perhaps that’s what made me enjoy this farewell production of The Three Musketeers all the more, but I think it’s just because it’s a good show. Ivan Jones is back as the dame, this time as Planchet, the flirtatious assistant to D’Artagnan (Shay McDonald), who hopes to join the French king’s elite guard. But Cardinal Richelieu (a sneering Brandon Whitlock) has other plans, and is trying to bring down the monarchy and install himself as supreme leader. He’s defeated, of course, and everyone else walks away smiling.

The plot is perfunctory, but the style has the intense energy of a circus clown. Planchet picks on one man in the audience (in the case of the opening performance, me) to flirt with, smile and coo at, bedecked in a garish costume, standing 6-foot-something in heels, playing the fool (or really, the jester) and filling the air with countless jokes about riding a donkey (“Can someone please attend my ass!?”) that make the kids giggle and the adults blanch.

If you’ve seen a panto before, you know what I’m talking about; if you haven’t, this may be your last shot.

I’ll miss Theatre Britain’s presence on the local theater scene, and the panto in particular, in no small part because Birch always created diverse casts … and not just in the cross-dressing aspect. Tall and short, Asian, Anglo and African-American, slight and zaftig, youthful and, ahem, “experienced” all share the stage together. You feel the sense of community, the affection. Classics don’t get read, and traditions fall away … but they will be missed.